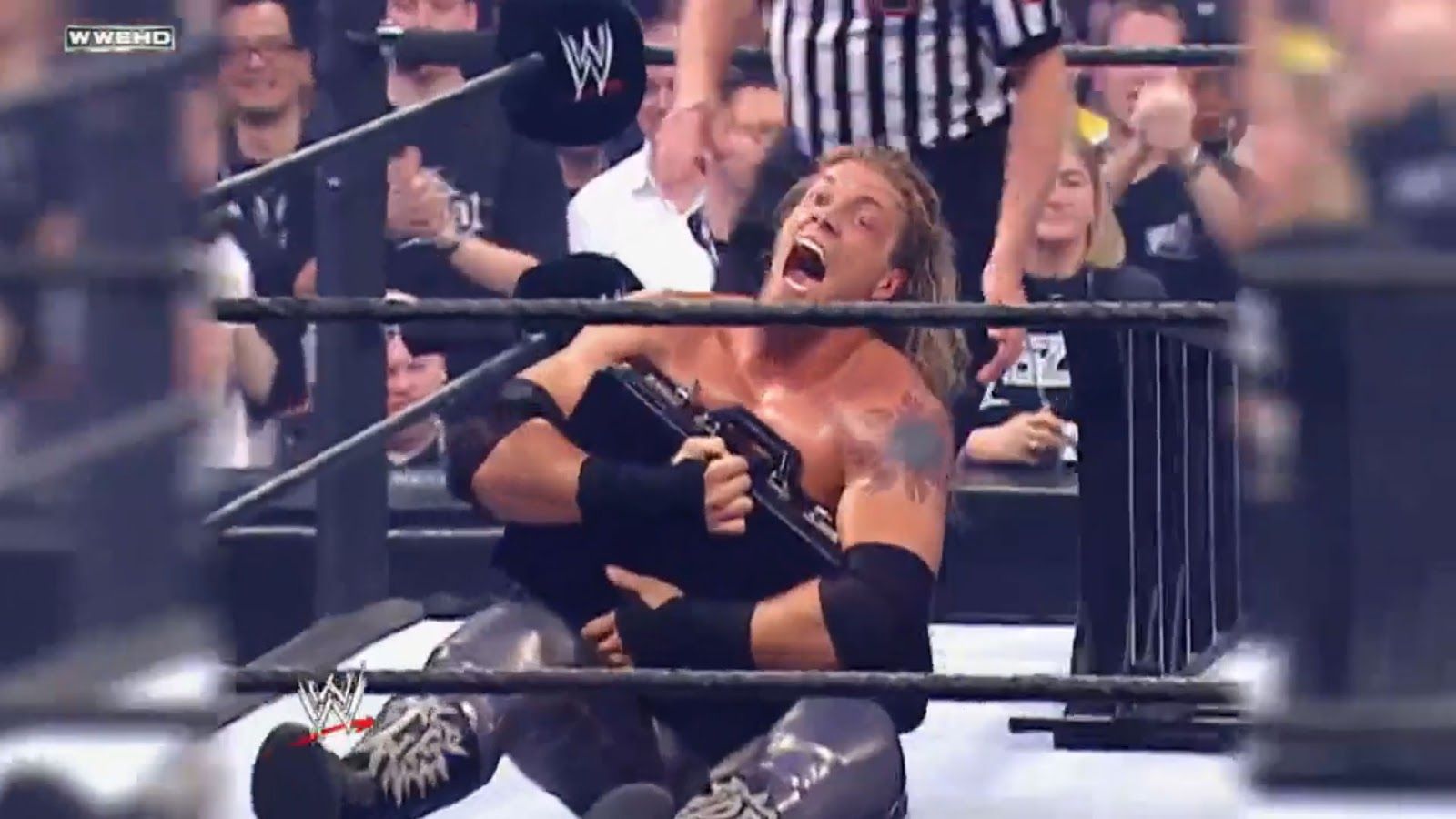 WrestleMania 21, which took place on April 3, 2005, in Los Angeles, California, is notable for many things. It was the first WWE pay-per-view to take place at the now famous Staple Center and the event was so hot, tickets sold out in less than one minute making it the fastest ticket sell-out in the company’s history as well as the fastest ticket sell-out at Staples Center. The event also marked the first televised match between Rey Mysterio and Eddie Guerrero; a memorable match between The Undertaker and Randy Orton (with Bob Orton, standing ringside); and an incredible match between Shawn Michaels and Kurt Angle that was so good, Shawn Michaels was given a standing ovation. There were plenty of other highlights including “Rowdy” Roddy Piper confronting “Stone Cold” Steve Austin in Piper’s Pit; Batista defeating Triple H for the World Heavyweight Championship; a live performance by Motorhead, and a series of parody movie trailers with WWE talent playing characters from famous modern movies such as Forrest Gump, Braveheart, Basic Instinct and Pulp Fiction. If that wasn’t enough, WWE also debuted the first-ever “Money in the Bank” ladder match, between Chris Jericho, Christian, Chris Benoit, Edge, Kane, and Shelton Benjamin.

For the unfamiliar, the original idea for the Money in the Bank match was pitched by Chris Jericho. In his 2011 book titled Undisputed, Jericho claimed he wanted a match in which the winner would get a shot at their dream match, which in turn would lead to RVD winning and bringing back the ECW title. Monday Night Raw writer and producer Brian Gewirtz took it one step further and proposed that the contract would be valid for one whole year and could be used at any time. Vince approved with his sole modification being that the contract had to be in a briefcase hung high above the ring, and the rest is history.

The format proved a huge success because of how the briefcase would be used as a McGuffin and over the years, the concept became so popular, it eventually spawned a separate pay per view that has often surpassed the ratings of both SummerSlam and Survivor Series.

With six of the most talented athletes and in-ring performers working for the company at the time, there was bound to be plenty of amazing spots, but since this was the first of its kind, nobody quite knew what to expect— and fans sure as hell didn’t expect Shelton Benjamin to steal the show.

Overall, this is a great match that stands the test of time thanks to many notable moments, including several high-flying spots in which Benjamin, Jericho, Christian, and Kane all jump over the top rope to the outside of the ring in order to take down an opponent as well as Chris Benoit executing a Diving headbutt off a ladder onto Kane. Other highlights included Benoit countering a Chokeslam from Kane; Benoit performing a German suplex on several opponents; and Benoir executing the Cripper Crossface multiple times.

The Money in the Bank match was indeed revolutionary for the time and while it isn’t the best of its kind, it does rank as a classic thanks to all six men who found creative and inventive ways to use the ladder to their advantage. The action was pretty much non-stop from start to finish and despite having six competitors crowd the ring, each of the superstars had at least one moment to shine.

As mentioned above, the star here is Shelton Benjamin (the then, Intercontinental Champion), who provided the match’s two most iconic moments when he executed a T-Bone Suplex on Edge off a ladder and later ran up a diagonal ladder hands-free, in order to clothesline Jericho and receive a standing ovation. In the end, however, his in-ring acumen wasn’t enough as Edge successfully retrieved the briefcase to win the match.

Since the Money in the Bank Ladder Match is now an annual event, the concept has somewhat lost its mystique, but back in 2005, it was unprecedented and a clever idea that pushed the WWE superstars to the limit and often catapulted them to bigger stardom. Even more impressive was the amount of patience on the part of the WWE who had Edge wait 280 days to cash in on the prize and challenge John Cena when he was most vulnerable.