As the gaming industry soars to new heights with more powerful technology—and manufacturers such as Asus, Razer, and Alienware—that brings the most beloved, pixelated characters to life on screens of various sizes, gamers often find themselves torn between what kind of hardware to utilize to get the most out of their gameplay.

Naturally, an individual’s desires and expectations vary from person to person, but for those who are consistently on the lookout for the best hardware on which to play their games on max settings with little to no frame drop, options tend to be far more limited—and expensive. Those limitations tend to be further strenuous for those PC enthusiasts who would also like to play their favorite games on the road.

Enter the gaming laptop, where manufacturers attempt to take some of the most powerful hardware and condense it into a mobile framework for those consumers with the budget and drive to use them. While historically it has been difficult for gaming laptops to even come close to competing with high-end desktops—something that is still up for debate among the tech community—the technological landscape has evolved to the point that manufacturers are on their way to narrowing the gap between laptop and desktop.

When investing in any piece of technology, however, there are various obstacles of which consumers should be aware while researching what hardware (or pre-built machines like a gaming laptop) do the best job of overcoming those hurdles. Everything from ventilation to CPU clocking and general performance based on the games in which one is interested must be taken into consideration.

In the search for finding a machine that can play the most graphically intense games on max settings without sacrificing frame rate, Goomba Stomp decided to put the ASUS ROG Zephyrus S GX701 to the test.

Before delving into how the Asus GX701’s hardware performs, it’s important to note the laptop’s hardware specifications.

The CPU is the i7-9750H Six Core Processor that clocks between 2.6GHz and 4.5GHz. Next is the graphics card (GPU)—the NVIDIA GeForce RTX 2080 8GB GDDR6 with Max-Q Design (which basically means it’s a watered down version of the standard RTX 2080 GPU due to its smaller size to fit in the laptop, sacrificing a small amount of power). Couple the CPU and GPU with the 32GB of RAM and the 1TB NVMe SSD, and the Asus GX701 is a mighty powerhouse on paper.

Functioning as the laptop’s brain, the i7-9750H Six Core Processor decodes the actions it’s instructed by the RAM to process. Even operating towards its base end of 2.6GHz, the Asus GX701’s CPU rapidly produces the output users command it to execute, resulting in swift completions that turn into web pages, game activation, reduced loading times, and more.

With a max operating temperature of 100 degrees Celsius, gamers can rest assured this CPU will give them a decent amount of wiggle room when it comes to putting the laptop under heavy loads. For titles that are CPU-intensive, however, such as Star Wars Jedi: Fallen Order, Black Desert Online, and the Total War franchise (where thousands of soldiers and other objects must exist on the battlefield), it should be noted that the i7-9750H does get hot to the touch above the keyboard.

When its heat rises (often above 90 degrees Celsius when under a load), the fan kicks up to compete with the high temperature, often becoming loud. While the noise is both obnoxious and disconcerting at first, one becomes used to it after extensive use; though, the nagging sensation at the back of one’s mind can be enough to leave one paranoid that the machine is going to overheat and shut down. Despite this paranoia, the Asus GX701 never shut itself off during any of Goomba Stomp’s gaming sessions and continued exhibiting rapid outputs when receiving input commands while performing several tasks at once.

The RTX 2080 is one of various state-of-the-art graphics cards available to gamers. Released in September 2018, this 8GB GPU is just one step behind the RTX 2080TI. To put this card to the test, Goomba Stomp cranks Black Desert Online up to max settings, with its vibrant colors and overwhelming amount of assets (including other players in the game) and without losing any frame rate in the process. Doing so produces vivid images that are crystal clear at the maximum range available in Black Desert’s world. Everything looks real, and frame rate never drops below 60 frames per second (FPS), allowing for beautiful aesthetics and smooth gameplay.

Moreover, using Total War: THREE KINGDOMS and Total War: WARHAMMER II as the examples in which Goomba Stomp employs max settings in a strategy title and the “Extreme” setting for unit size (number of soldiers in each individual unit in an army), the frame rate does not drop. The i7-9750H works hard, heating up to 90-95C, but does not overheat or experience any catastrophic failures that result in the game crashing (even with the maximum amount of units allowed on the battlefield at once).

While playing these two titles does cause the i7-9750H to pick up the pace, resulting in temperatures that made the area above the laptop’s keyboard almost too hot to touch, the GPU has no problems rendering images while working in conjunction with the CPU to maintain high FPS. Indeed, for the likes of Total War, the RTX 2080, even with Max-Q Design, is overkill.

Something that all gaming hardware requires is proper ventilation, allowing devices to suck in cool air and blow out hot. To that end, a machine’s architecture must allow for vents that permit efficient intake and exhaust. Historically, gaming laptops have lagged in this regard, often relying more on decent thermal paste and powerful fans in lieu of sufficient vents.

To remedy this shortcoming, the Asus GX701 has four vents—one on each side and two on the back. When the laptop is under a heavy load, one can feel hot air being expunged from the system through these vents. Despite the amount of hot air that gets blown out of the system, the CPU still manages to get hot to the touch.

However, as mentioned above, since the laptop has not shut itself off to protect itself and the games played have yet to falter, these vents appear to be enough (when working in conjunction with the fan and thermal paste) to keep the machine within normal operating temperatures.

MyAsus is a program that allows users to receive product information, as well as notifications that certain apps, drivers, or features have an update available. If the software detects any available updates, it will automatically notify users and prompt them to either download and install the update or postpone it for a certain amount of time (10 minutes, one hour, or four hours).

While this app seems useful on paper, its execution is a travesty at best. When receiving a notification regarding updates and choosing the option to “update now,” Goomba Stomp experienced a frustrating issue in which MyAsus drifted into a perpetual cycle of trying to begin the update process—the swirling icon next to each update indicating the system was processing the information never went away, and the updates never proceeded to be downloaded or installed.

Anytime Goomba Stomp opted to “postpone” the update for an hour or more, MyAsus pretended to not receive that command and would send another reminder 10 minutes later that updates were found. Therefore, the most useful facet of MyAsus was the ability to uninstall it and clear up a negligible amount of space in the Asus GX701’s memory (thus relegating it to the past tense). Despite MyAsus being a preinstalled program, it was removable and ceased to be annoying once discarded and virtually burned, never to plague Goomba Stomp’s gaming laptop again.

The most prominent miscellaneous feature is the ROG (Republic of Gamers) Armoury Crate application. This program allows users to adjust the keyboard’s colors and color animation settings, giving those with an interest in the laptop’s aesthetics the power to choose what look suits them best. From a static color pattern to a reactive mode in which keys don’t light up unless pressed, the RGB (red, green, blue) system provides several minutes of entertainment all by itself, until one figures out which pattern(s) they wish to use.

Moreover, Armoury Crate serves as a hub for ROG fans to browse online deals for video games (a store), a logistical manipulator that allows users to observe their apps and free up memory space at will, and a hardware monitor for users to track their fans’ RPMs as well as CPU and GPU stats (temperature, voltage, etc.).

For those with the budget and desire to possess a high-end gaming laptop that travels well and can compete with some of the most powerful desktops on the market, the Asus GX701 is a prodigious choice. With hardware that rivals almost any modern gaming rig, any game one plays will be a smooth, gorgeous experience.

However, bear in mind that the CPU does run hot, often idling between 50-60 degrees Celsius and heating up to 85-95 Celsius when under a load. Nevertheless, the ventilation, fan, and thermal paste work well together to prevent the laptop from overheating so users may continue enjoying their virtual worlds. Moreover, to assist with remedying the paranoia that abounds in one’s mind when dealing with the hot CPU, Goomba Stomp also invested in a cooling pad, which helps keep the CPU five-to-ten degrees cooler while under load.

Considering the horrendous perversion that is MyAsus being a troublesome and irrelevant preinstalled software is the only real drawback Goomba Stomp experienced, it’s safe to say the GX701 is a phenomenal machine, despite its burdensome cost and large size. 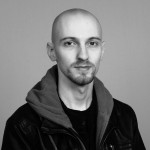 A graduate of Bellarmine University and a certificate holder from the Carnegie Center for Literacy & Learning’s Author Academy, Dylan is a fantasy author, video game journalist, and film production enthusiast. Currently, Dylan is working on a fantasy series reminiscent of Lord of the Rings mixed with The Elder Scrolls. Additionally, he is delving deeper into the video game industry and is in the pre-production process of a horror-thriller film for which he authored the screenplay.