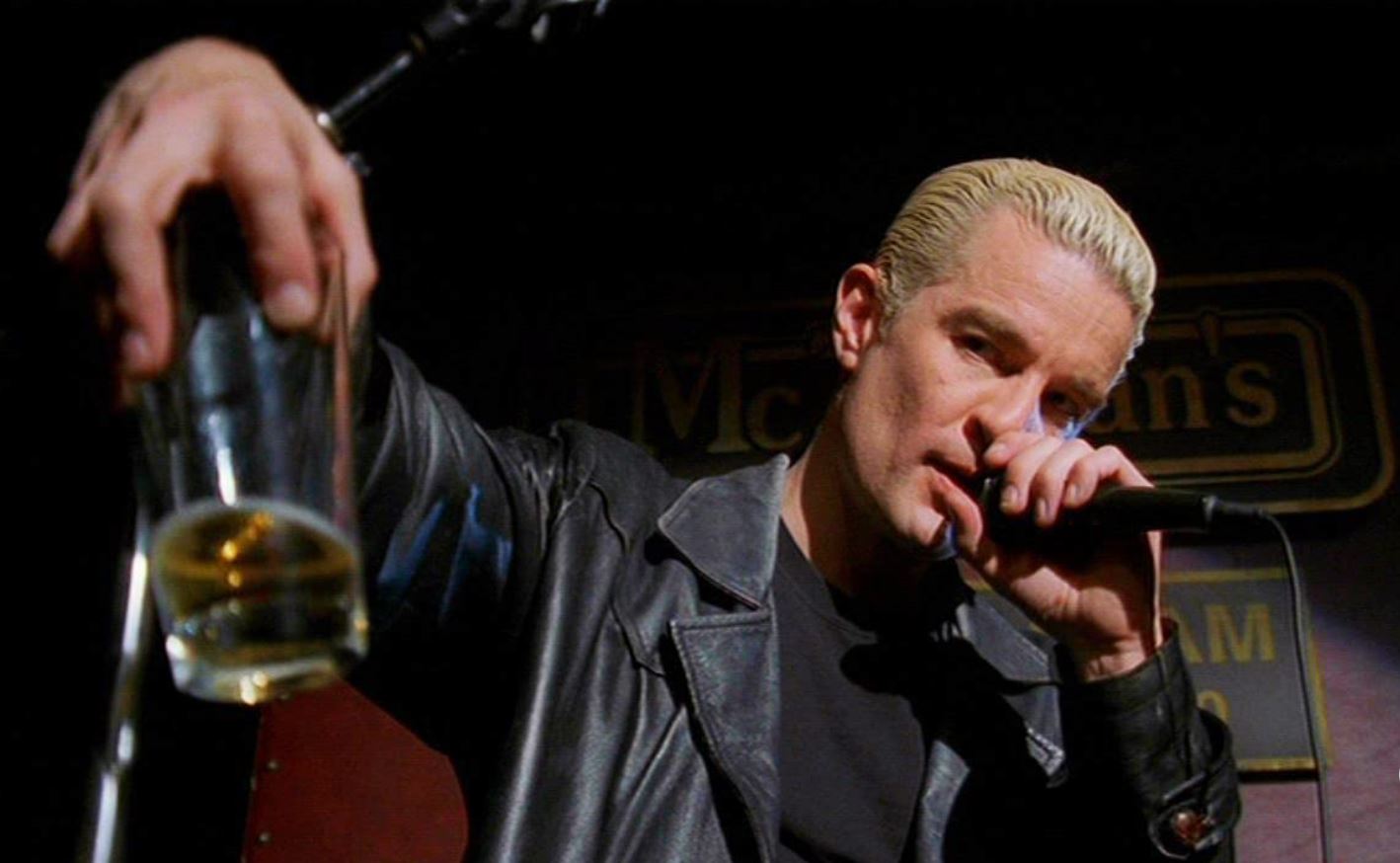 After Season 4′s controversial serial structure and retcon of the entire show up to that point, Angel Season Five was an excellent return to form for the show, especially with the addition of Spike (James Marsters) after Buffy the Vampire Slayer‘s cancellation. This season sees Angel and the gang become even more morally ambiguous as they take over the evil Wolfram and Hart law firm while still attempting to fight the good fight. There are some funny episodes, like Ben Edlund’s puppet episode (“Smile Time”), but beloved characters like Cordelia Chase and Fred Burkle died emotional deaths. Before the finale, Spike, Wesley, Gunn, and Lorne think that Angel has become evil again and joined the Order of the Black Thorn. In “Not Fade Away”, Joss Whedon and Jeffrey Bell do an excellent job wrapping up the story arc of Season Five and the whole series’ story. However, what makes this episode a great season finale is its attention to not just the plot, but the major themes of Angel as well.

In a speech to ex-Wolfram and Hart lawyer and occasional ally Lindsey, Angel tells him that maybe Wolfram and Hart is “… not there to be beat. Maybe they’re there to be fought. Maybe fighting them is what makes human  beings so remarkably strong.” Even though he just signed away his part in the Shanshu Prophecy, Angel understands that things like endurance in the face of overwhelming odds make one human, not a beating heart or the ability to walk in the sun. Even though the Senior Partners are extradimensional beings with almost unlimited power, Angel will continue to fight evil even if it costs his life. This is why it’s fitting that the last shot of the series (and the Buffyverse) is Angel gripping a sword while facing the legions of Hell and saying, “Let’s get to work.” Redemption can’t be tied up in a neat bow (or an exploding Sunnydale, like on Buffy), but is an ongoing battle that is both external and internal.

Even though this episode has lofty themes, lots of action, and witty Whedon-written dialogue, the focus is squarely fixed on the characters. Before they fight the Order of the Black Thorn, Angel lets each member of the team spend their “last day” however they want. Gunn helps out in his old neighborhood even though he knows it will be destroyed in the coming apocalypse, Lorne sings karaoke one last time, and Spike reads some of his “bloody awful” poetry. However, Wesley does nothing but tend to Illyria’s wounds. He does this because he has enough to live for after the death of Fred, his true love. This scene, as well as his death scene where he tells Illyria to lie to him and assume Fred’s form one last time, show the tremendous development of Wesley’s character. From a foppish Watcher wannabe to betraying Angel because of a false prophecy and watching his lover die, Wesley has had a tough time. This episode shows the depths of his despair when he says, “There’s nothing I want”, and also his joy as he declares his love for Fred before his death. These actions make Illyria feel grief for the first time and help her develop as a character as well.

There are more great character moments in this episode. Angel talks about not remembering what it means to be human, he teams up with his son Connor one last time, and the most decent member of the team, Lorne, kills Lindsey because not all people can be redeemed; Whedon and Bell reward viewers for sticking with these characters for five years and 110 episodes by giving them some real emotional payoff. Angel‘s cliffhanger ending may turn some people off, but it is a fitting end for a show that wasn’t afraid to put its characters in tough situations and experience real evil that can’t be defeated by punching, kicking, or staking.

Star Trek: The Next Generation Series Finale is Pretty Much Flawless