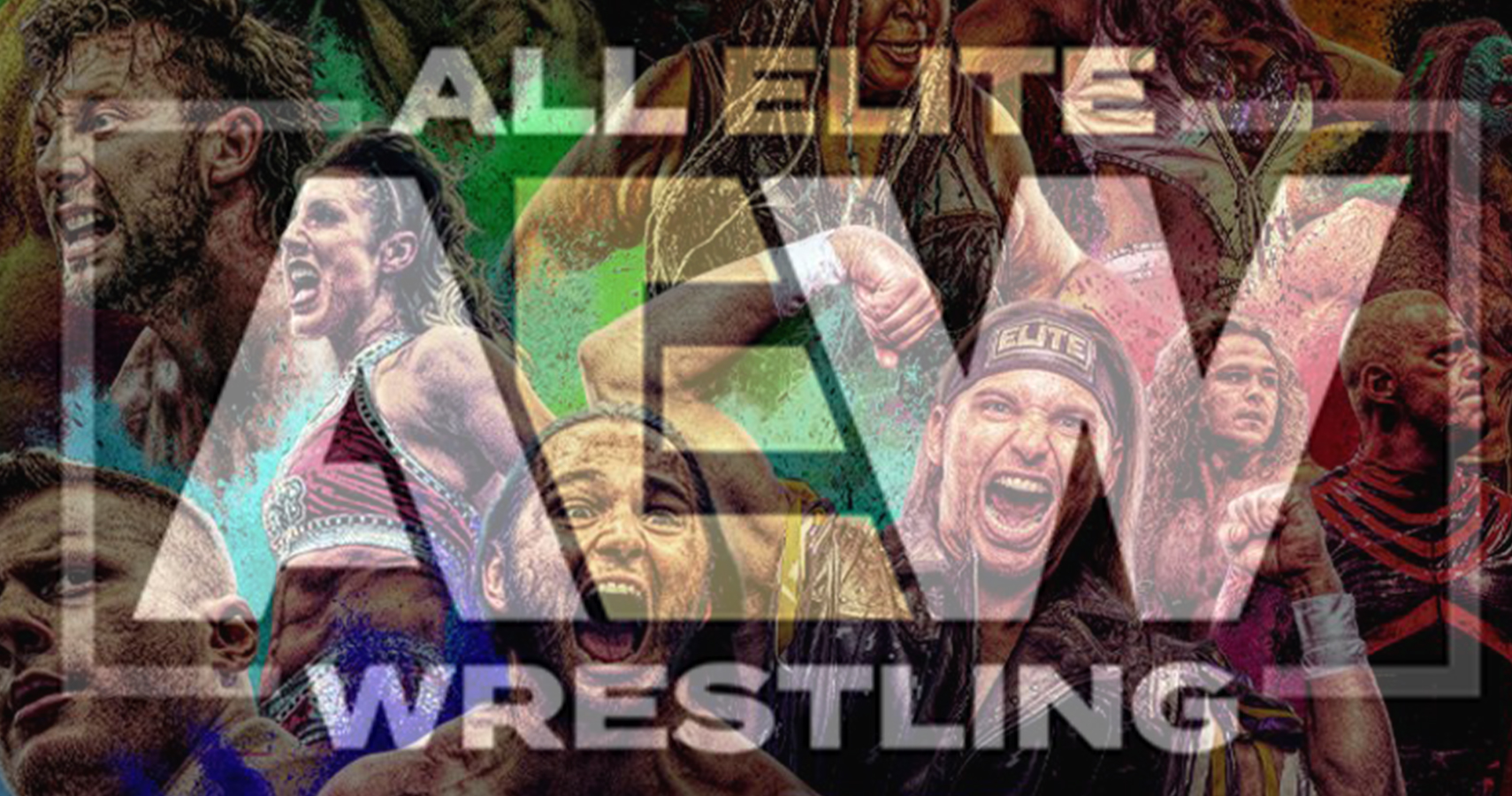 Every week AEW brings fans two shows filled to their respective brims with pro wrestling goodness. The first one is AEW Dark, which pops up on YouTube and incredibly different run times each week. Then, Wednesday evening is two hours of AEW Dynamite, the flagship of the company. And Thunder Rosa ruled the week.

This was an interesting week for Dark. At approximately two hours long, there was a lot of wrestling to go around. That seems to be the standard time for the show, now. No one’s complaining, to be sure.

What made this week interesting was the sheer number of great women’s matches as well as the debut of a new interview segment. On top of that, there were a slate of great performances from the usual suspects.

Thunder Rosa proved once again that she will be the highlight of the night no matter where she wrestles. Her match with Lindsay Snow was great, and definitely stood out. Doing double duty between NWA and AEW will be good for her and both companies.

Penelope Ford finally had a match for the first time in a long time. She came out of it with a convincing victory as well as some well deserved screen time. AEW has been sleeping on her for the last few weeks so seeing her in the the ring was great.

Then, Leyla Hirsch popped back up again to lay a beating on Tesha Price. Leyla looks great every time she’s in the ring, and this match was no exception. She is the future of their women’s division so AEW needs to sign her if they haven’t already.

Both Big Swole and Ivelisse had great singles matches, as well. These are two solid competitors who should be in the upper echelons of the company, let alone the women’s division. Everyone cannot get screen time every week but they are both well worth it. KiLynn King may have lost to Swole but she still had a great match.

AEW continued pushing The Acclaimed, and rightfully so. This team has a huge upside. Similarly, Ricky Starks picked up another victory. AEW will have to suck it up and give him a title shot against Darby Allin soon as he’s more than earned it.

Britt Baker’s new interview segment, The Waiting Room, was not bad by any stretch of the imagination. But the premise does need more work and better execution. The idea is solid and putting Britt at the forefront of that kind of segment is the right choice. It still needs further refining before it’s the pure gold it could be.

Unfortunately, Marko Stunt wrestled a singles match against Joey Janela. As expected, Marko lost after being subjected to some uncomfortable spots. The guy makes a better manager than he does a wrestler. That’s the role he should be filling.

Gunn Club picked up a trios win this week. Billy and his son Austin have been a tag team for a while. Now, his other son Colten has gotten in on the action. This was his debut match, and already has a win on his record. That in and of itself is not a problem.

What is an issue is the fact that Colten Gunn already has a win on his record when talents like Lee Johnson and Shawn Dean don’t. This isn’t meant as a dig against Colten but AEW needs to start taking better care of Lee and Shawn before they lose them to other companies.

Dynamite continued where Dark left off, giving fans some incredible women’s division matches. Additionally, there was actual effort put into building stories for the women’s division. It’s almost like AEW actually listens to their fans, unlike WWE.

But the gold on this week’s show didn’t stop with the women. There were a lot of great matches and segments that stood out. Keeping that in mind, not everything was pure gold on Dynamite, though it was damn close.

The show opened with an unbelievable tag match between The Young Bucks and the young upstarts, Top Flight. It was two high octane teams putting on a incredible match, and was easily one of the best bouts Dynamite has ever seen.

“The Bastard” PAC returned to action for the first time since the pandemic hit. There was no ring rust on him when he faced off against The Blade. Naturally, Eddie Kingston, The Butcher and The Bunny all made themselves useful.

PAC picked up the win, but was then subject to a post match beat down. Rey Fenix ran in for the save but was overwhelmed. Then, Pentagon ran out and sided with Rey and PAC. It appears that Death Triangle lives and The Lucha Bros are still together.

Pairing John Silver with Anna Jay in the build towards her title shot with Hikaru Shida was brilliant. Anna Jay is a star on the rise, and John Silver will help get her to the next level. There is some huge potential in her battle against Hikaru Shida.

The Jade Cargill/Brandi Rhodes feud expanded. With the help of Nyla Rose and Vickie Guerrero, Jade assaulted Brandi backstage. Big Swole and Red Velvet came to her rescue, which has the makings of an interesting faction.

Then came the match of the evening, Serena Deeb defending the NWA Women’s World Championship against Thunder Rosa. This was a five star clinic all the way, a contender for match of the year. Watching Thunder Rosa and Deeb work together is a genuine treat for any and all wrestling fans. Plus, Britt Baker and Rebel’s interference set up a great story.

After that, Cody and Darby Allin tagged against Team Taz. The match was great but the real story was Will Hobbs finally turning heel and accepting Taz’s offer to join them. This will prove to be one of the most powerful teams in AEW.

The new and improved Inner Circle took a trip to Las Vegas. This two segment homage to The Hangover had some truly funny moments in it. But it ran way too long and lost the plot a couple of times. Still, it was nice to see Konnan pop up.

Kenny Omega and Jon Moxley were supposed to have a contract signing for their upcoming match. Jon didn’t make it to the ring because someone jumped him in the back. It was a predictable ending to a mediocre and uninspired segment.

Honestly, there wasn’t a dud match the entire evening. And even the worst promo segments were still serviceable enough to justify being included in the evening. But the ugliness of this week was one throwaway line from Jim Ross.

JR is one of the greatest commentators of all time, if not the greatest. Alongside Jerry Lawler, he was the voice of the WWF for years. His work at the commentators desk is legendary to say the least. But that was in WWF/WWE.

His run in AEW has been consistently marred by rookie mistakes like getting the wrestler’s names wrong. JR even got the name of Serena Deeb’s NWA title wrong this week. But the worst of it all are the incessant condescending and outright misogynistic comments that he keeps trying to pretend are jokes.

This week, he asked if AEW Heels does bake sales. That is paraphrasing, of course. Even worse was his half-assed attempt to play it off as a joke, his usual schtick. If you keep getting crap for these “jokes,” stop making them. Nobody, including Excalibur and Tony Schiavone, are laughing at them.

It’s going to be hard for anyone to take AEW’s women’s division seriously when one of their lead commentators doesn’t. This was particularly unfortunate on an evening when Thunder Rosa and Serena Deeb put on the match of the week.