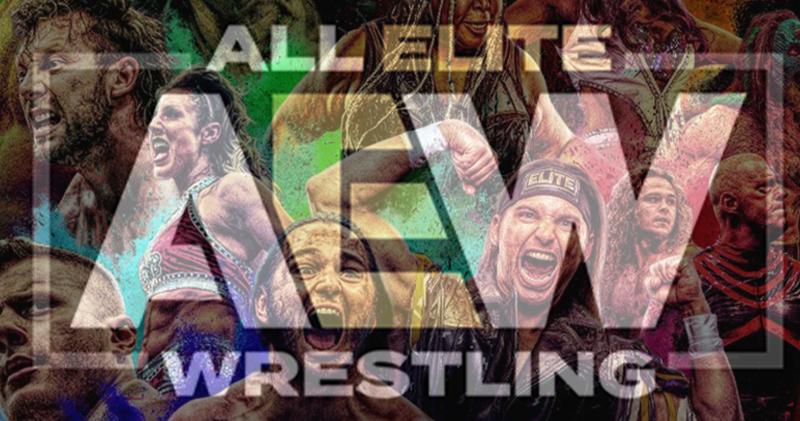 The last seven days were a bit different than usual. AEW had their final pay-per-view of the year, Full Gear, on Saturday. You can read the full review of it here. But AEW also snuck in an extra hour of Dark the night before Full Gear.

It was the night before Full Gear and AEW dropped a special edition of Dark. There wasn’t much hype for this so it came as a surprise to a lot of fans. Regardless, this special edition was the usual mix of great wrestling and few promos Dark usually delivers.

Big Swole looked amazing as always. She took on a game Tesha Price in what turned out to be a reasonably solid match. AEW needs to start pushing Big Swole as a main event competitor as soon as possible but it kind of feels like they’re sleeping on her a bit.

Matt Sydal and Christopher Daniels turned in a great match. Daniels was the best he’s looked since joining AEW, and Sydal gave his usual stellar performance. They actually matched up quite well, though that comes as no surprise to anyone familiar with them.

Lee Johnson and Chuck Taylor had the match of the evening. Johnson came as close as he ever has to picking up his first victory. Even Orange Cassidy was impressed, providing Johnson with as much support and encouragement as he’s capable of.

Brandon Cutler and Michael Nakazawa had an odd match, which makes sense for those two. But the match showed that AEW doesn’t seem to have a plan for Cutler after his feud with Peter Avalon came to an end. It might be too early to tell for sure but it doesn’t look good.

Keeping in mind that Tesha Price did well, bringing her in to face Big Swole makes no sense. There are already a huge number of women around the AEW roster. There was no reason that match couldn’t have been against Penelope Ford who has been absent from the ring lately.

While this complaint is becoming a weekly occurrence, it’s well past time that Lee Johnson picked up his first victory. He keeps giving out great performances but isn’t picking up the wins he should be. Just putting him in The Nightmare Family isn’t enough.

And Dark is back to its regularly scheduled evening. That shouldn’t really matter since it’s on YouTube, and fans can watch it whenever they want. But a lot of people are in the routine of watching it the night it’s released.

Top Flight returned and picked up a victory on their second night out. They could easily be a key team in the AEW tag team division. The next night on Dynamite, The Young Bucks specified them as a team they want to face.

The Acclaimed continue to pick up steam as a heel tag team, and actually seem to be getting some fan support. Another new tag team, TNT, also debuted. The twin sons of D-Von Dudley, looked good but definitely need some more time to grow.

Shawn Dean picked up another loss, this time as part of a random tag team to TH2. Unless he finds a partner he connects with, Dean is meant to be a singles competitor. Like Lee Johnson, fans are tired of seeing him pick up nothing but losses. It’s time for a real push.

Chaos Project continues their uneven run. They kind of work as a team, but it’s unclear what the point of them is in an already stacked division. Younger teams like TNT, Top Flight and The Acclaimed are far more intriguing, and deserving of AEW’s focus.

It’s safe to say that whatever push Sonny and Joey were getting has completely run out of steam. Their interesting promo videos are a thing of the past and they have pretty much lost every match they’ve been a part of in the past few weeks, if not months.

That’s an absolute shame as these two have a natural chemistry that is impossible to teach. Unless AEW decides to reverse course, it’s time to break them up and get back to their singles careers. No one wants to see them become a jobber tag team.

The first episode of Dynamite after Full Gear was filled with big moments that set up for the future. With two huge title changes at AEW’s last pay-per-view of 2020, there was a lot of business to take care of this week.

Team Taz came out to support Brian Cage as he took on Matt Sydal. Many people probably expected a squash but that certainly wasn’t the case. This might have been the best match either man has wrestled in their respective AEW careers.

Scorpio Sky and Shawn Spears finally brought their feud into the ring for a great match. The commentary team mentioned that these are two underrated performers, and that is correct. Spears picked up the win with the assist from Tully Blanchard. This hopefully isn’t the end of their feud because these two have a hell of a match coming.

Brandi Rhodes was absolutely on fire, cutting the best promo of her career on newcomer Jade Cargill. The level of intensity she brought was the version of Brandi fans have been waiting for. She and Red Velvet could be real opposition for Ivelisse and Diamante.

Penta El Zero M versus Rey Fenix turned in the match of the year performance everyone was expecting. What people weren’t expecting was Eddie Kingston basically breaking The Lucha Bros up, then Pac returning. The storyline building here could be the biggest one of the next year for AEW, especially once Lance Archer gets involved.

While the match between Penta and Rey was great and could lead to some amazing stories, the potential breakup of one of the best tag teams in the business is maddening. Hopefully, they reunite down the road as The Lucha Bros need to carry AEW gold.

The Tay Conti versus Red Velvet match wasn’t bad but it also wasn’t everything it could have been. Both women are capable of a much quicker pace so the match should have been booked as such. And whatever is going on between Tay and Anna Jay needs a lot more development to make sense, or matter to fans.

While the growing partnership between Cody Rhodes and Darby Allin is intriguing, it’s a little confusing as to why the rest of The Nightmare Family isn’t involved. They did just add three new members, after all, so Cody doesn’t really need Darby’s help.

Will Hobbs status is equally perplexing. He keeps coming out with a chair to save Darby but isn’t tagging with him against Team Taz. There are a lot of moving parts in this one so it will be interesting to see how AEW balances them all out as the angle progresses.

Cody came out to cut a promo about what’s next after losing the TNT Championship to Darby Allin at Full Gear. He was interrupted by yet another new female talent named Jade Cargill. It was strange as she started talking trash at Cody pretty heavily. Since no one knew who she was or why she was there, the whole scene made little sense.

A big part of the problem was that the delivery was awkward and stilted. It was a big spot for a brand new talent to fill, and it didn’t work. If it wasn’t for Brandi coming out hot and ripping into Jade, the whole segment would have been a wash.

Even worse, the indication of the segment seemed to be that Shaq might be coming to AEW. This immediately reminded fans of the time he “wrestled” in WWE. If AEW wants to have celebrities involved in their product, that’s fine. But they need to stop using celebrities like Mike Tyson and Shaq who are already associated with WWE.