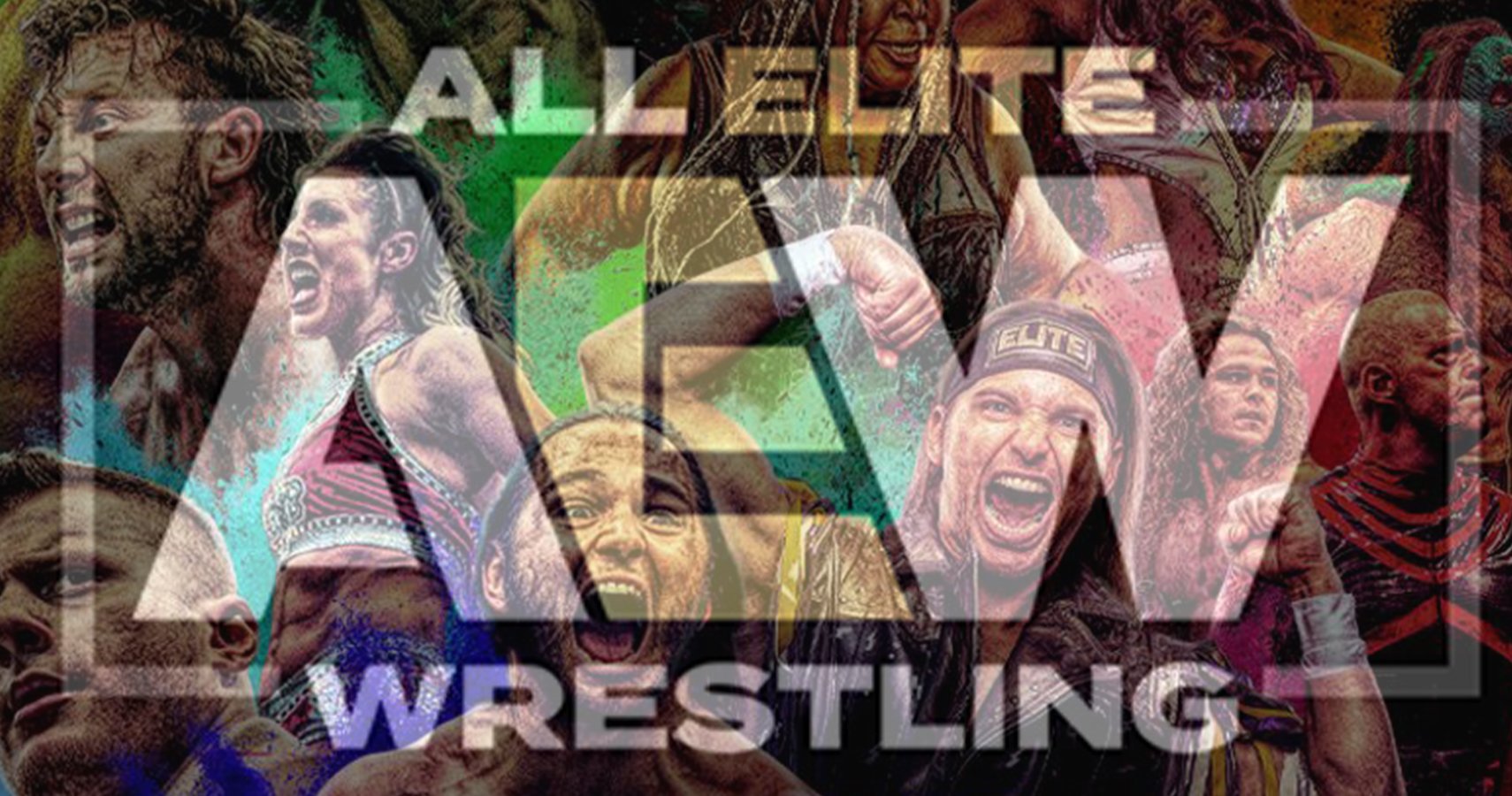 With Full Gear looming, AEW Dark was well over two hours long this week. That is not a complaint as it’s two hours of wrestling with no commercials and very few promos. There’s nothing not to love about that, particularly if you’re a fan of AEW.

Anthony Ogogo made his return to the commentary desk for the first few matches, again. It’s hard to say what the plan is with him. Ogogo is okay on commentary at best and really doesn’t fit the dynamic between Excalibur and Taz.

First and foremost, it was amazing to see KiLynn King pick up her first victory against the debuting Lei’d Tapa. This was a solid, hard-hitting match. King has been working towards this for a while, now. Hopefully, it’s the start of big things for her.

Leyla Hirsch made her return alongside Elayna Black. The duo took on the team of Brandi Rhodes and Red Velvet. Leyla is a blue chip talent that AEW needs in its women’s roster. She’s Team Taz material all the way.

Brandi and Red Velvet also have some natural chemistry in the ring together. Their team just works. Keeping in mind that The Nightmare Family is adding to their faction, Red Velvet seems like another natural recruit for their squad.

For better or worse, The Dark Order competed in three matches. Different members won a singles match, a tag team match, and a trios match. It was all okay but the trios match continued to build the epic legend of wacky John Silver, who ironically is absolute gold. AEW will continue that build at Full Gear with Silver versus Orange Cassidy.

Darby Allin, Ricky Starks, Will Hobbs, and Sammy Guevara all turned in solid matches as did Private Party and Butcher & Blade. They are all great talents who are in line for huge pushes on Dynamite and on pay-per-views if they haven’t started already.

The non-stop parade of random talent continued through the AEW Dark entrance, often forming random tag teams. It’s hard to keep up with the rotating group of jobbers when you don’t know who they are or if they’re ever coming back.

Some of them don’t make much sense, like D3. His Roman Legionnaire gimmick is falling flat and someone needs to help him find something new. Or, at the very least, present that gimmick in a more coherent fashion.

The hard part about watching Dark continues to be great talent getting buried. Lee Johnson turned in a great match with Sammy Guevara but fans want to see him get a win. Hopefully, his new association with The Nightmare Family will lead him there.

KiLynn King and Will Hobbs were a great start to these new talents getting over but there are a lot of names to go. Shawn Dean and Aaron Solow both picked up losses, which is unfortunate best. They are both overdue for their first victories.

Nick Comoroto is in danger of falling into the same trap. The big man has turned in some great performances on Dark but may end up another jobber. On top of that, AEW tends to bury monsters like Comoroto. Time will tell what happens to him.

This was the go-home episode leading into the next pay-per-view, Full Gear. With a lot of big matches on the card, this was the last chance for AEW to provide any last-minute pushes or seemingly random stipulations to the matches.

Pac made his first appearance on AEW since the pandemic kicked into high gear. It’s been a minute since fans last heard from him. Pac dropped a menacing pre-recorded promo that seemed to indicate he’s gone insane in isolation. Everyone in AEW is screwed.

Speaking of promos, Eddie Kingston and Jon Moxley had a high energy meeting in the ring, cutting some intensely personal promos on each other. The emotions in this championship match are running hot, and it should prove to be a solid bout.

The newest members of The Nightmare Family made their Dynamite debut alongside Cody against The Dark Order. It’s hard to believe that Gunn Club has not wrestled on Dynamite. They will make an excellent addition to the family, and worked very well with Cody.

Private Party and The Young Bucks faced off, with the Bucks coming out on top. It was a decent match but Matt Jackson is working injured and may need some extended time off after Full Gear. It kind of casts a cloud over their match against FTR.

Miro had his singles debut against Trent from Best Friends. There were a lot of shenanigans happening outside the ring involving a multitude of people. Ignoring all of that, AEW isn’t really delivering on Miro’s potential so far. But a stronger singles run could get him there.

The worst part of Dynamite this week was everything relating to Kenny Omega and Adam Page. It’s not that they aren’t going to have a great match at Full Gear, but Omega is inevitably going to win it. This all ends with him and Jon Moxley facing off down the road.

There were two pre-taped interview promos, one with Kenny talking to Tony and the other with Page talking to JR. The problem was they were both flat, boring conversations that did nothing to hype the match, or the people involved. They didn’t even come close to the raw emotion the Moxley/Kingston segment.

Then, there was an unnecessarily long, overly dramatic montage of Omega and Page’s history in AEW. If the intention was to draw fans in, it missed the mark. More wrestling would have been far preferable than the absurd amount of screen time spent on building tension for a match that everyone already knows the outcome of.

For more on AEW, check out the latest episode of Talk AEW embedded below.