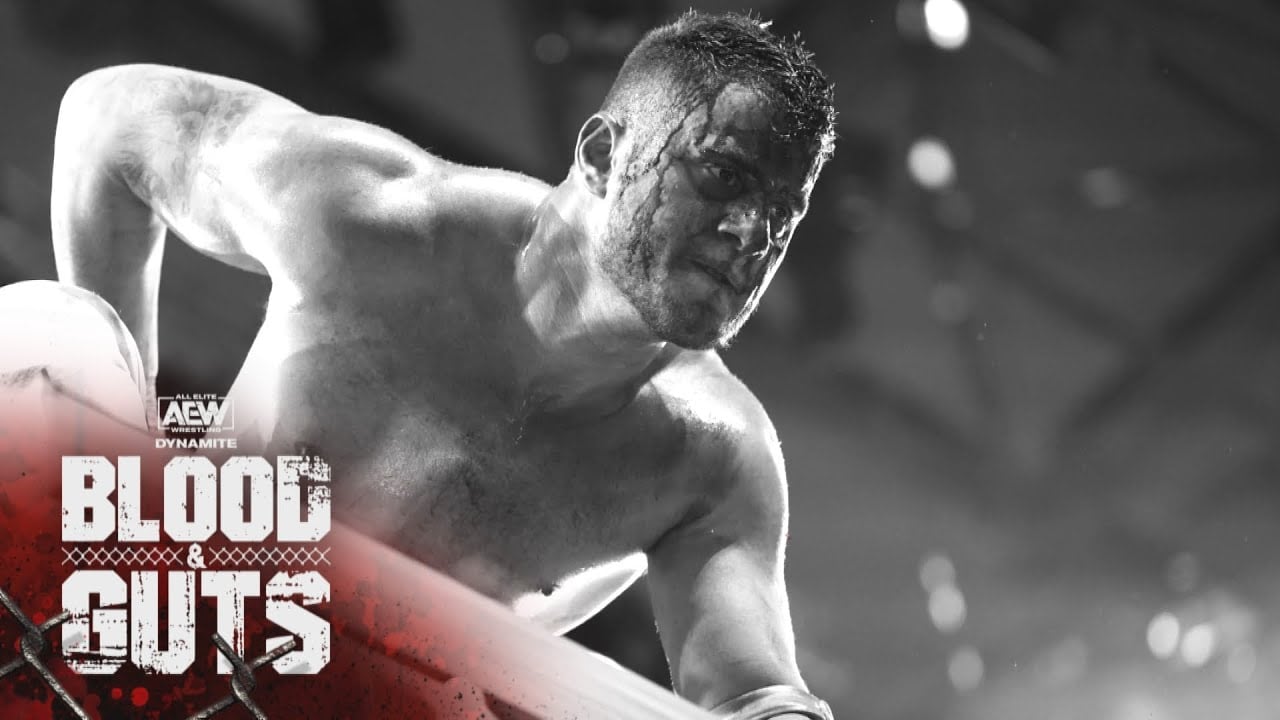 The post-main event set piece of AEW’s TV special, Blood and Guts, caused a bit of an uproar within the internet wrestling community. As is the way with pretty much any cage match since King of the Ring 1998, someone was going to end up falling from the top of the structure and it just so happened that this time it was Chris Jericho’s turn.

A collection of production reasons meant that the events following the five-on-five match between The Pinnacle and The Inner Circle weren’t to everyone’s liking -unfortunately overshadowing a stellar bout in the process. So let’s break down all sides of this alleged controversy.

I think criticisms about the camera work for the Jericho fall and even the chair shot Sammy took are valid.

Otherwise, I really enjoyed Blood and Guts. It was a proper dogfight, a real war. Just what I wanted.

If you’re reading this article you likely already know the result of the titular Blood and Guts match. So rather than going through the near hour-long clash move by move, let’s quickly summarize:

The match itself was basically “WCW’s WarGames, only it definitely isn’t honestly, please don’t sue us”. The finish came as MJF and Jericho made their way up to the cage roof. After a brief tussle, MJF threatened to throw a beaten-down Jericho ‘onto concrete’. The rest of The Inner Circle surrendered to try and save their leader. After the match ended, MJF still tossed off Jericho -easy now- straight onto ‘concrete’ much to the chagrin of The Inner Circle.

The problem, however, wasn’t with the story, but rather with the execution. The alleged concrete was a sizable crashpad loosely disguised as a sheet of steel flooring. The camera angle was off, making the fall seem underwhelming, and the shot kept cutting back to Jericho post-fall, catching him talking to someone when he was supposed to be knocked out. All in all, while it wasn’t well-executed, the controversy wasn’t really warranted.

I’ve never seen so many horrid takes as I have this morning from blue checks upset over the critiques of last night’s big bump, saying they can’t believe people wanted Jericho to fall on actual concrete. Absolutely no one is saying this. These people are idiots.

You have three conflicting sides: On one, there’s the vocal minority. While it’s far fewer than it may seem, some people are angry that Jericho didn’t fall squarely on concrete. For one, that’s clearly insane. Just because the commentary team hyped it up as more than it was doesn’t mean it should’ve happened the way they were telling it, it’s their job to sell a match and they did it well. How someone could have expected anyone, let alone a fifty-year-old, to land squarely on concrete is beyond any reasonable comprehension. Though, again, this is a minority whose voice has been blown out of proportion.

Then there’s the side with genuine criticism of the Blood and Guts match, mainly with execution. It’s fair enough too. On the production side of things, it wasn’t very good. The problem here is that they’re letting this overshadow the excellent match that came before it and the quality of storytelling leading up to the spot. It often feels like the internet wrestling community enjoys the bad more than the good.

Finally, we have the positive people, the ones just enjoying themselves and saying it doesn’t matter that the ending was a bit weak. The thing is, these are often the ones criticizing others for saying that Jericho should’ve fallen on concrete, even though barely anyone is saying that. It’s this argument that’s overshadowing the valid criticisms. Calling the few idiots out publicly is what has blown this whole debacle out of proportion, to begin with.

So that’s all the sides of the controversy. It’s easy to criticize, so let’s see how they could’ve done it better

Fans: “omg how unprofessional from AEW”

*Chris Jericho falls and it isn’t on concrete*

Fans: “AEW sucks it should have been onto concrete”

What Would Have Made It Better

How about this for a radical suggestion: just don’t do the spot. It almost seemed unfitting for MJF, to begin with. He doesn’t seem the blood-feud type and, by throwing him off, he was essentially giving the fans the big moment they wanted -again, not in character. In the storyline, he’d already got what he wanted by making The Inner Circle verbally submit, and, in character, not giving the fans what they were after would’ve been a bigger heel move. Maybe a quick post-match promo saying something like: “I know what you blood-thirsty people are after. Well you don’t deserve it. You know why? Because I’m better…” etc, etc, catchphrase, catchphrase.

If they did want to go with the spot, disguise it better. Cutaway during the push and cut back to Jericho laid out on concrete in a puddle of blood. Maybe shoot the fall from a low angle to both make the cage look higher and to cover the weak-looking impact. You could’ve also had the Inner Circle catch him. It’d have been a way to take out the whole stable in one go and, as a bonus, would’ve made for a more logical post-match celebration -why didn’t the Inner Circle go after MJF after the fall anyway?

Either way, the controversy surrounding the finish of this TV special is a silly one. Remember, it’s just wrestling. Enjoy Blood and Guts for what it was, that being a pretty good show. Not the best thing that AEW have produced, but enjoyable nevertheless.