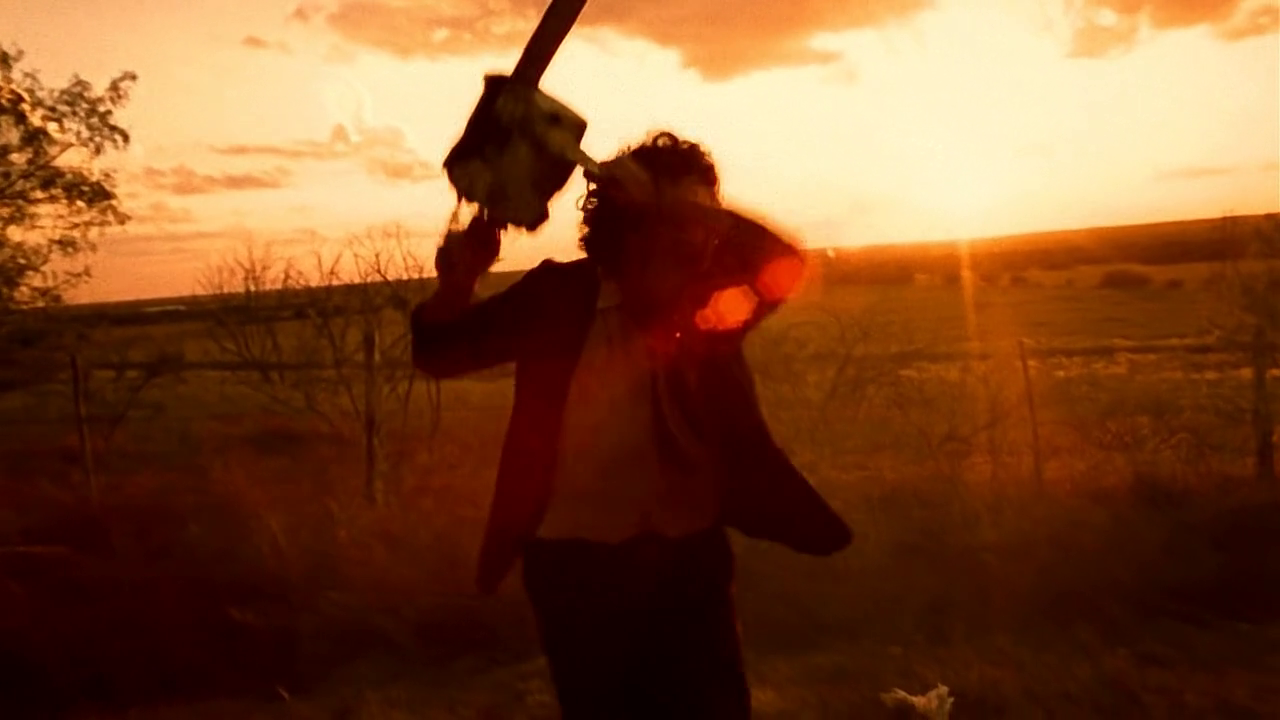 When someone hears the title The Texas Chainsaw Massacre, they might just pass it off as just another inane slasher flick, but in fact, Texas is much more; it’s a relentlessly agonizing, bleak masterpiece of horror cinema. Texas isn’t merely interested in scaring its audience; it’s an intelligent and visceral experience that examines the darker impulses found in people, a movie where unspeakably horrific acts take place mostly outside of the frame.

Shot on a tiny budget of $83,000, director Tobe Hooper’s stylish debut achieves maximum effect through a combination of Daniel Pearl’s appropriately gritty cinematography, shrieking sound design, and an unnerving concrète score that will ring in your ears long after the end credits roll. The shaky, eerie and at times documentary-style camerawork, practical effects, and the age-old trick of suggestion help lend the film an alarming and utterly believable quality. Hooper’s film is implicit, rather than graphic, but Hooper’s directorial style will have you walking away thinking it was bloodier and gorier than it actually is.

The plot is fairly barebones, following five young co-eds, who while on a road trip, cross paths with a murderous redneck cannibal family. If the southern discomfort sounds all too familiar, that is only because countless horror films have since followed the exact same formula: a car breaks down, a group of teens seeks help, only instead they find death in the hands of one or more psychopaths. But Massacre grabs you from the opening frame, with sporadic flashes from a picture camera, images of dead bodies, and the sounds of a news radio broadcast reporting on mysterious grave robberies plaguing the Southern State. There’s also an introductory voice-over (by John Larroquette) claiming authenticity for the events you are about to see:

Tobe Hooper’s The Texas Chainsaw Massacre undoubtedly ranks as the best horror film of all time.

“The film which you are about to see is an account of the tragedy which befell a group of five youths, in particular, Sally Hardesty and her invalid brother Franklin… For them, an idyllic summer afternoon drive became a nightmare. The events of that day were to lead to the discovery of one of the most bizarre crimes in the annals of American history”. (Watch the clip below.)

The film’s 16mm low-budget look and Bob Burns’ surreal sets and props just add to the realism, creating the illusion of a documentary gone wrong. Of course, the story is not true, but it was however inspired by real-life Wisconsin farmer Ed Gein, a grave robber, who garnered widespread notoriety after authorities discovered he had exhumed corpses from local graveyards and fashioned trophies and keepsakes from their bones and skin. His real-life case influenced the creation of several fictional serial killers, including Hitchcock’s Norman Bates in Psycho and Buffalo Bill from The Silence of the Lambs.

The Texas Chain Saw Massacre remains to this day a motion picture of raw, uncompromising intensity, a punishing assault on the senses via some of the most extended scenes of absolute sustained frenzy ever captured on celluloid. Marilyn Burns’ doomed screams will forever be etched in your memory as will the horror icon it produced, the raging, chainsaw-wielding lunatic Leatherface. Tobe Hooper’s The Texas Chainsaw Massacre undoubtedly ranks as the best horror film of all time and also boasts one of the most unforgettable abrupt endings ever.

Grindhouse Cinema and Why it Wouldn’t Die!