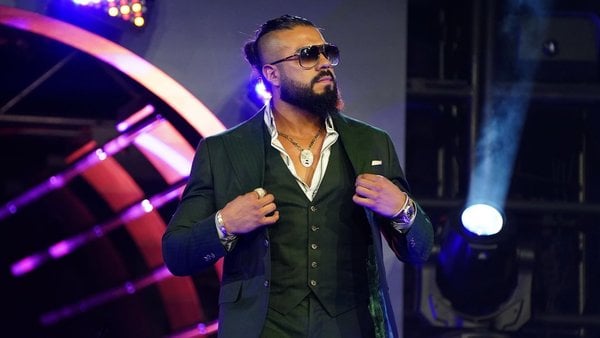 This week on Talk AEW, we begin the show by catching up on the last two episodes of Dynamite which aired on a Friday night. We share our thoughts on the Mark Henry and Andrade joining AEW; Jungle Boy’s title shot; the ongoing feud between The Inner Circle and The Pinnacle— and why we dislike watching wrestling on Friday nights.

In our main event, we address the rumours that the Elite are arguing with each other behind closed doors. Does anyone else get the feeling that when watching Dynamite, it sometimes feels like two different wrestling promotions? Why is it that Cody Rhodes never crosses paths with The Young Bucks nor Kenny Omega? Meanwhile, Hangman Page never crosses paths with either of those factions, and AEW seems no longer interested in having him fight for the World Title. What is going on here?

Finally, ending the show is a discussion about AEW’s roster. Is it too crowded or can AEW easily pick up some new hires such as some of the talent recently released from WWE? And how should they handle who wrestles on which show once Rampage premieres?

All this and so much more!

The Meteoric Rise Of Sammy Guevara In AEW