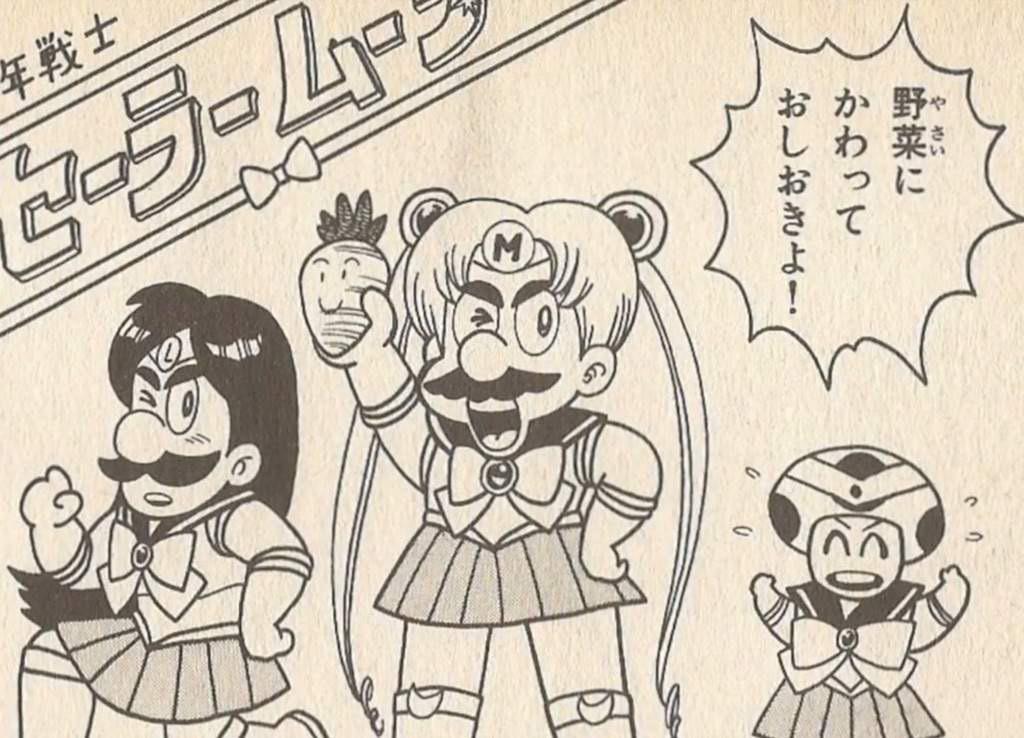 It’s pretty obvious that Mario is kind of an obscure franchise. It’s about an Italian plumber whose nemesis is a giant reptilian creature. He travels through various lands consuming mushrooms that can make him turn huge or throw fireballs. Not to mention, all of those turtle creatures he murders along the way. It’s all a little bit insane but the Super Mario manga series is another level of craziness.

The manga- called Super Mario Bros Manga Mania– has been going for thirty years in Japan but has only recently been translated to English entirely thanks to Nintendo’s partnership with Viz Media- a North American publishing company. The English edition is made up of over fifty volumes worth of the manga, with more than one hundred and sixty pages of art from the illustrator who has worked on the series since it began, Yukio Sawada. It certainly seems like a must-have for Mario fans, with all new bizarre content for readers to mull over.

The picture below comes directly from the manga as an example of how odd it is. I’m not really sure what is happening. It looks like Mario is applying makeup to a fish. Why you ask? Well, I think I would rather not know. I don’t think any of us are ready to know.

The Super Mario Bros Manga Mania manga is available now in the US and is coming to Amazon in the UK on January 7th.