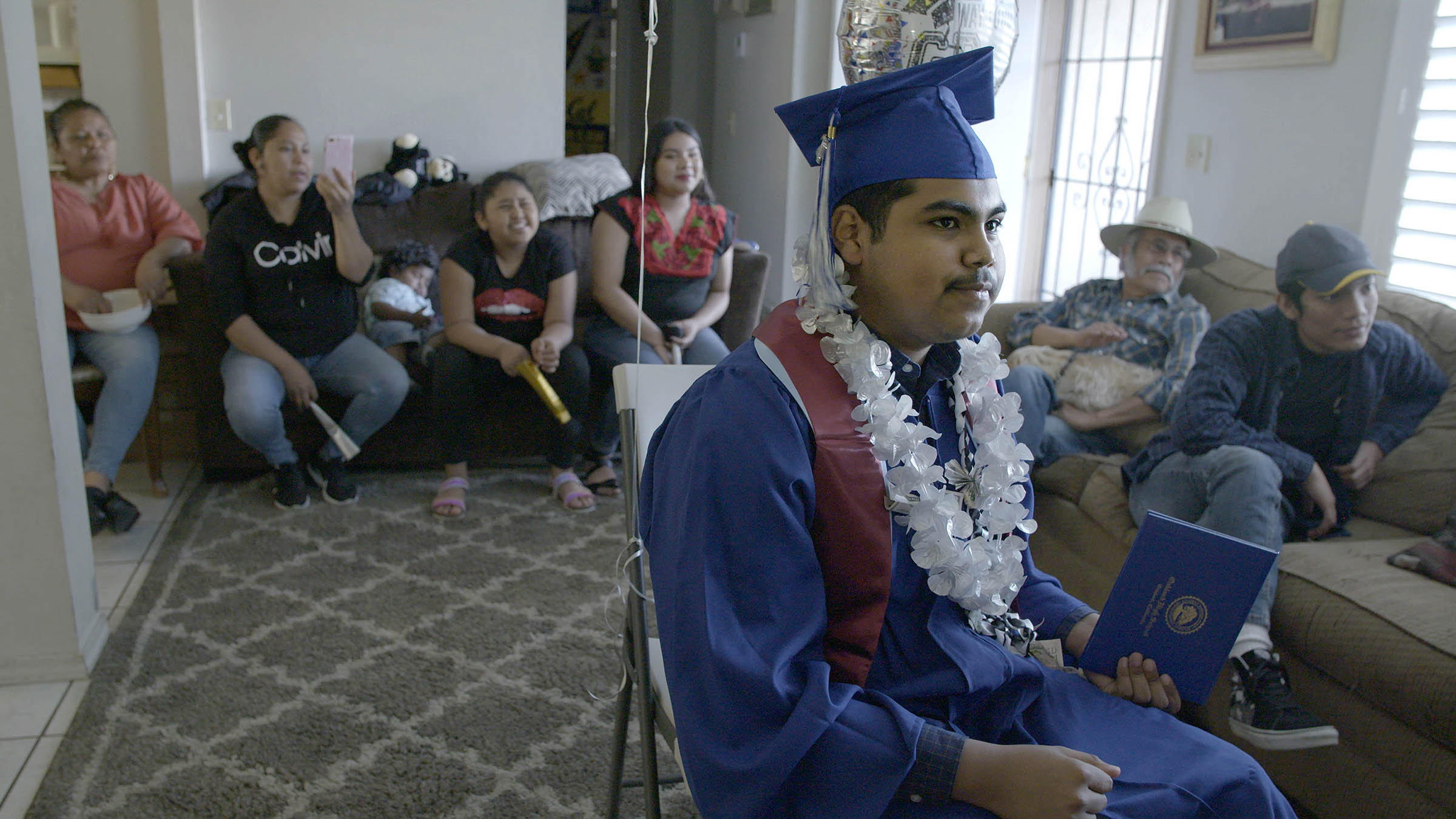 Documentarian Peter Nicks, over the last few years, has emerged as something of a West Coast, nonfiction version of David Simon’s The Wire. He’s made a series of films, looking from all angles at a specific city, with different movies focusing on specific institutions, and not being shy about pointing out glaring failures in those institutions.

Homeroom, which premiered on January 29 at the 2021 Sundance Film Festival, is the third film in what’s known as Nicks’ “Oakland trilogy.” The first film, 2012’s The Waiting Room, focused on a hospital in that city, while the follow-up, 2017’s The Force, followed a year in the life of Oakland’s police department. The Force won the Director’s Prize at Sundance in 2017 and was probably the best of the several documentaries in recent years that have followed one particular city’s police department.

Frederick Wiseman is clearly an influence, as Hicks’ cinema verite style eschews voiceover narration and much froth, in favor of letting the subjects tell their stories directly.

The new film, Homeroom, focuses on Oakland’s schools, depicting the 2019-2020 school year at Oakland High School, and in particular following a group of seniors. The film follows them as they chase individual pursuits, and also advocate for social change, most notably in resisting plans for school budget cuts.

Among the kids, the most notable is Denilson Garibo, the “student director” who serves as a representative of the student body on the school board. The son of an undocumented family, he forcefully argues for a measure to get police out of the school, by pointing out that he risks deportation.

Of course, knowing the specific time period covered here, we know exactly what’s coming: First the unset of the coronavirus pandemic, and then the killing of George Floyd.

Like a lot of the best documentaries,  Homeroom ends up being a very different movie than what was first intended. We see celebratory dancing when the kids learn about the first school closure, but that soon turns to the sort of uncertainty we’ve all lived with for the last year.

We see the kids bandying about the different scenarios about the pandemic, as we all did last spring, and then participating in protests and marches in Oakland last summer. And while the film was almost certainly meant to end with the seniors graduating, it still does- it just happens over Zoom.

There was another documentary called Love Them First: Lessons From Lucy Laney Elementary, an astonishing but sadly little-seen doc from 2019, that was produced by the local NBC affiliate and followed the year in a life of an elementary school in Minneapolis. In addition to the director’s other Oakland films, Homeroom represents a fine companion piece to that film and one of the better cinematic depictions yet of what the spring of 2020 was like.