Dee Rees is a name that gets brought up often in conversations about great new talents in American independent filmmaking. I hadn’t seen any of her films before walking into Mudbound, but just a few shots into the film it’s clear to see why she has hype around her name. Dee Rees is a serious, undeniable powerhouse of a filmmaker. Mudbound – adapted from the novel by Hillary Jordan – is a classic southern Americana epic, a sprawling work that as as massive as it is intimate.

It’s hard to encapsulate the gargantuan plot of Mudbound into a few sentences, but the film follows two rural families in post-WWII Mississippi. The McAllans, led by eldest son Henry (Jason Clarke), his wife Laura (Carey Mulligan), and racist grandfather Pappy McAllan (Jonathan Banks), have recently moved onto the farm on an impulsive decision by Henry to live out his dreams. The Jacksons, an African-American family led by patriarch Hap (Rob Morgan) and matriarch Florence (Mary J. Blige), have been working the land their whole lives, and are looking to find a way out of it. Each family has sons that fight in WWII; Jamie (Garrett Hedlund), the more adventurous younger brother to Henry, serves as a bombing pilot captain, while Ronsel (Jason Mitchell) becomes one of the only African-American tank sergeants. Upon returning home, Jamie and Ronsel end up bonding over their time served, and their friendship threatens an already shaky co-existence between the two families.

There isn’t a lacking performance among this massive and talented cast. Jason Clarke gives a humble, workmanlike performance that never threatens to try to overtake anybody else in the cast. Carey Mulligan holds back sorrow and dignity in equal measure without having to say a word. Jonathan Banks is always great to watch, especially when he’s as hateful as he is here. I did a double-take when I saw Mary J. Blige’s name roll down the credits (that was her???), but it turns out she can really act too! Blige and Rob Morgan are terrific in their scenes together, building a marriage and love that feels authentic in how the two interact with each other. After a superb breakout role as Eazy-E in Straight Outta Compton, Jason Mitchell is showing he’s the real deal with his performance here. Ronsel has a massive arc, and Mitchell is there every step of the way, every emotion, no matter how subtle or pronounced. 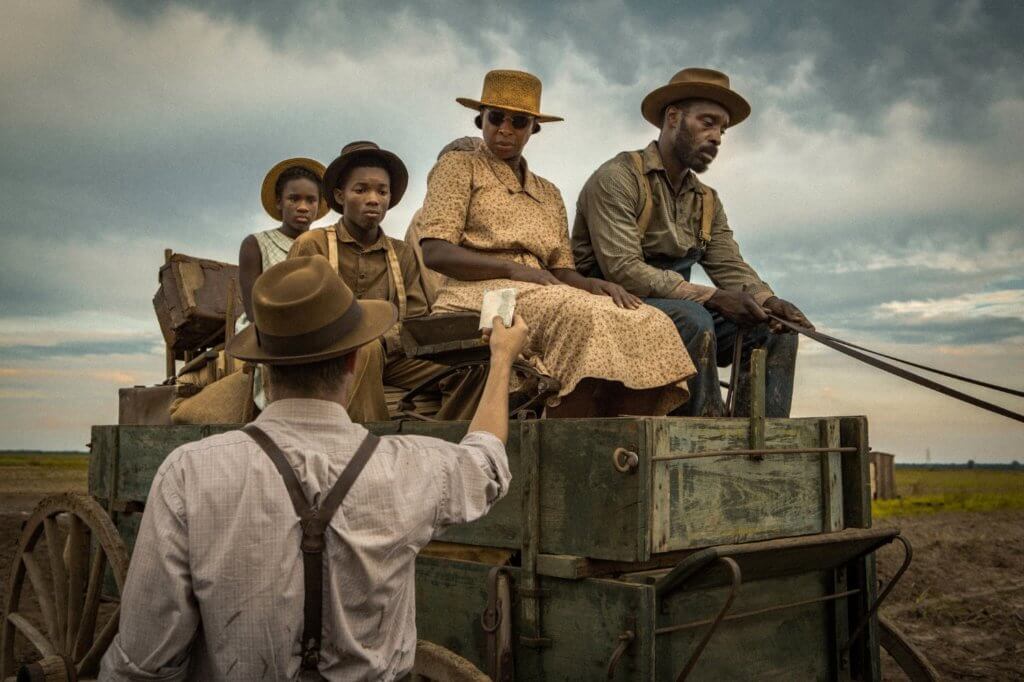 Garrett Hedlund was another sad victim of the Taylor Kitsch syndrome, an actor that Hollywood kept trying to make their next big box office star (a lead role in Tron: Legacy) that just never happened that way. His charm and good looks have an unsettling nature to them — he’s too disarming in his charisma, his smile seems untrustworthy. But he’s rehabbed from the experiment nicely over the past few years, realizing his strengths as a character actor, finding his real true calling and value on screen: turning into the next Nicolas Cage.

Don’t you dare for one second think that that statement has any negative connotations to it — there is nothing but love and commendation in those words. Have you seen Pan or Mojave? Hedlund is straight-up channeling Nic Cage in how hammy and psychotic those performances are, and each one is absolutely captivating. He is in a certain element in those zany roles. If Mudbound were made when Cage was Hedlund’s age, there’s no question he would have killed the role of Jamie. But enough about other performances and Cage’s past — Hedlund’s performance is magnificent. His southern accent never feels genuine, but the obvious staginess of it lends to the grand theatricality of the whole film. Jamie’s drunkenness is very loud, and Hedlund certainly plays it that way, but still retains enough authentic emotion that you’re there with him no matter the stereotypical drunken antics. It’s grand in all the ways Academy voters like it to be, yet human and emotional enough to make it work for everybody else. Jamie feels like Hedlund’s “a star is born” moment, the role where he finally gets it right, or rather, we get it right concerning him.

Rachel Morrison, who did excellent cinematography work in films like Fruitvale Station and Sound of My Voice, is in knockout form here in Mudbound. There isn’t a shot in this film that isn’t gorgeous to behold. Rees and Morrison harness the mysticality of the natural lighting and landscapes, taking hold of candlelight and other period sources to enhance both the authenticity of the setting but also the magic of it all. Each image feels evocative of the time period, encapsulating the story in a fond remembrance.

Nearly every character contributes narration to the film, giving Mudbound a storybook feel, with nearly every sequence accompanied by at least one character offering their input to the audience. Mudbound never stops explaining itself once for its 2-hour plus runtime, but somehow isn’t marred by exposition. The film just keeps going and going through this long narrative, but it’s all so gripping that I wasn’t bothered. It never seems to arrive at some grand thematic conclusion because of how non-stop its plot is, but every second feels so damn important that there’s no need to forgive. When the performances are this fantastic and the images are as evocative as they are, plot nitpicks just don’t seem to matter anymore. Rees has made a superb, wondrous film, and now I’m off to watch everything else she’s done. 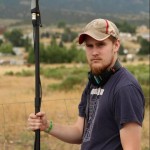 There’s a brief moment early in Winchester when viewers could be forgiven for getting their hopes up. The film opens with a prologue in...