Zoe Lister-Jones’ Band Aid is an amiable meditation on marriage that lands most of its dialogue and songs with a perceptive punch. Anna (Lister-Jones of the sitcom Life in Pieces) and Ben (Adam Pally of Joshy and TV’s The Mindy Project) are in a marriage on the verge of collapse. Their fighting is so normalized that any time together is tainted by near-constant negativity. With both of them additionally in a tremendous professional rut, the silly, off-hand idea of forming a band that features themselves performing songs exclusively about their disagreements comes up in conversation. The talk quickly cements into a serious endeavor, and soon they begin to musically air their grievances, from small to overwhelming. Band Aid thrives when closer to reality, but loses steam when generalizing the sexes or using abstract characters. It folds a savvy conscientiousness about how we treat one another into a snarky – albeit loving – package.

The couple soon enlists a drummer (Fred Armisen) in the form of a neighbor who is a recovering sex-addict and lives with former strippers. Cheap jokes ensue that add nothing to the movie, but while the winking at his past predilections is completely overdone, his role does get better when it comes up that he doesn’t enjoy being in the middle of the couple’s fake fights, ones that sometimes give way to actual fights. Armisen is obviously present for comedic relief and to give the audience itself a break from the leads, but the problem is that his content isn’t nearly compelling enough, and he would have worked better with even shorter bursts of dialogue and awkward stares. In fact, Pally and Lister-Jones are charming enough to have carried this film without him involved. With all the music done live (not pre-recorded and played back for lip-synching, like many productions do), Armisen’s certainly drumming enhances the songs, but it’s Lister-Jones’ insightful lyrics that make the movie and the music stand out. She also boldly enlisted an entirely female film crew for this production in an effort to help level women’s participation in all fields of cinema.

Pally has a soft masculine energy to him that gives off the sense of a relatable everyman, one who is capable of great feelings, even if he rarely shows them. Lister-Jones has a direct, aggressive manner to her acting that also manages to incorporate a beguiling and eager impetuousness to it. While working out their differences via song sounds like a lame hook, the film’s lyrics ring true of how grievances grow and stagnate all good things around a couple if they don’t confront them. In lieu of therapy, the duo challenges each other to surprisingly genuine ends.

Band Aid works best when delving into the worst about its characters. It can get schmaltzy and contains a monologue that over-simplifies women’s experiences for a man, but it is the truly realistic complaints that the couple express, and the fact that they both attempt to amend trespasses against each other by honestly communicating, that give the film a believable edge. Coping with grief, disappointment and the mundane events of life can wear people down, deconstructing even the most sound romances with time. Band Aid attempts to reignite a spark between two people that are struggling with all of those experiences, the result being a film that feels truthful and resonant about the work involved in a long-term relationships, despite being somewhat off-kilter in tone. 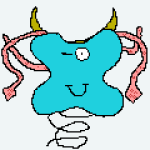 Although it does so as a friendly roast, 'Documentary Now!' ultimately speaks for the necessity and the inherent cultural power of the form.

My Favorite Films of Sundance 2017

Sundance 2017 has come to a close for one of our writers. Here are some of the best films Dylan Griffin had the pleasure...