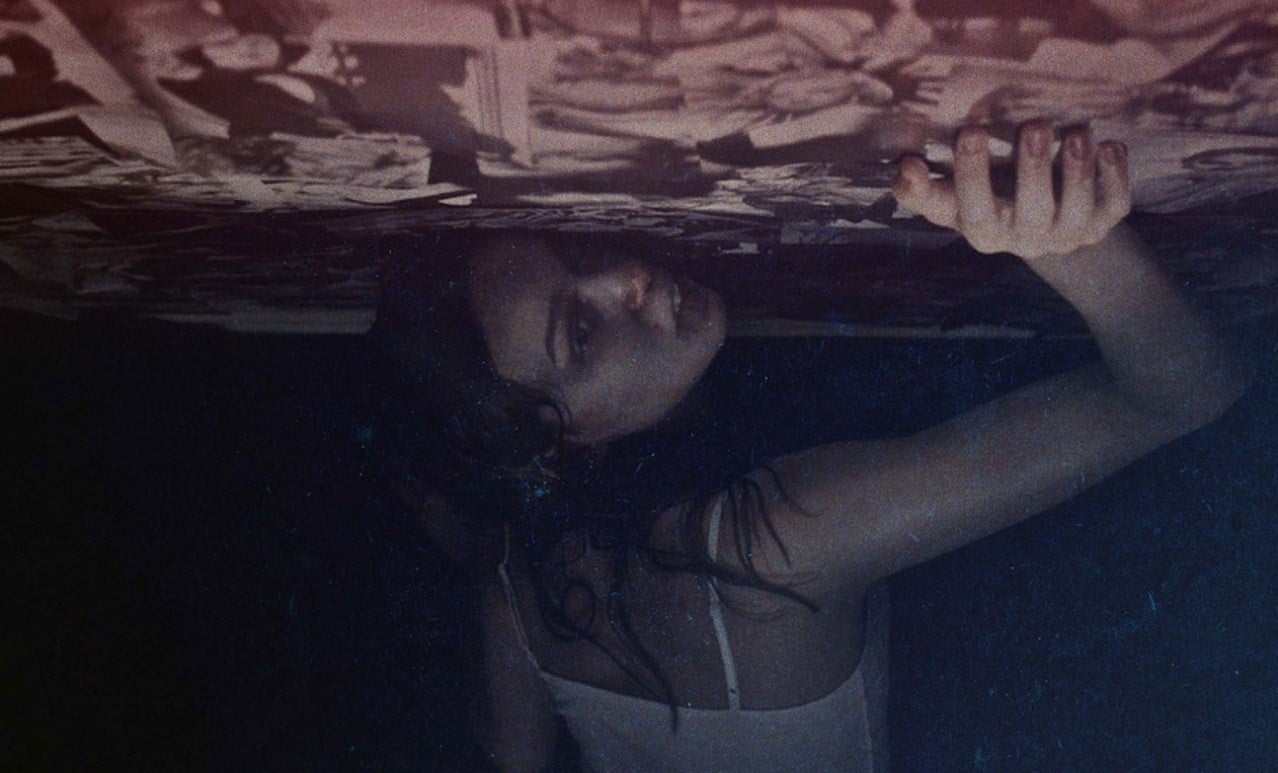 She would kill to be famous.

Sometimes a person wants something so badly they are willing to go to extreme lengths in order to live their dream. It compels them, drawing them in like hypnosis. They feel incomplete and unfulfilled if they fail in their self-ordained mission to reach whatever goal they set their eyes on. Some things require more commitment than others. Visiting a coveted destination requires but some funds and a passport. Staying in shape is a little trickier because of the consistent demand for time and energy. Changing jobs can be another, but trying to land a steady career in a field as treacherous and insecure as acting is a whole different ballgame. In the latest American independent horror film Starry Eyes, from the directing duo of Kevin Kölsch and Dennis Widmyer, viewers are taken on a fantastical and nightmarish descent into what it takes to make it big in the movie-making business.

Set in modern-day Los Angeles, the picture follows the trials and tribulations of one Sarah (Alex Essoe), a twenty-something struggling wannabe actress who lives with her friendly roommate Tracy (Amanda Fuller). To make ends meet she puts in some hours at a silly, high-concept chicken restaurant (the owner of which is played by Pat Healy who shows up for a handful of fun scenes) but her passion lies with movies and acting. A succession of casting calls go terribly wrong, which sends Sarah into hysteric fits that have her lock herself up in a bathroom stall and pull some of her hair out. Her latest episode of hysteria catches the eye of the casting director (Maria Olsen) of a mid-budget horror studio hoping to make a comeback after some years in development hell. After a decidedly unorthodox test screening, the producer (Louis Dezseran) decides to hire Sarah, much to her surprise and ecstatic delight. In return for the stardom, she is sure to earn however, the producer needs something from Sarah, something very…soulful.

In the perfect world, Starry Eyes would garner a greater following than it probably will. The domain of the small budget horror movie, especially American ones, offers a plethora of films, the totality of which offer just as much promise as they do disappointing, sometimes even disgust. It is akin to walking in a minefield because one never knows when the ground is going to blow up from under them. Just this year has seen the relatively wider releases of dreck the likes of Almost Human and All Cheerleaders Die, both films that can easily discourage horror movie junkies from continuing the exploration of what the American independent scene has to offer. Enter Kevin Kölsch and Dennis Widmyer who collectively bring forth a surprisingly effective, unnerving, fantastically gory, and thematically intelligent movie about the soul-sucking motion pictures industry in the City of Angels.

More to the point, the film works on a very special level insofar as it makes full use of a great concept to ghoulishly delve into some extraordinarily complex ideas that can afflict people in the spur of the moment when a sea of change overtakes their lives. Apart from the obvious if no less entertaining twisted spin on moviemaking, Starry Eyes ostensibly interests itself in the obsession that drives people to get what their heart desires most of all. In the case of Sarah (a very convincing Alex Essoe, by the way, in both her normal and possessed states), her eyes are set on film. Failure on all accounts is met with rage and depression channeled in a terribly unsettling fashion. The film smartly lays out Sarah’s full journey from hopeful to victim of the system, even spending time with her as she is initially rejected from the studio and must shamefully return to the pitiful restaurant she left defiantly only days prior. The ignominious position she finds herself in, is enough to have viewers themselves feel discomfort because many people have had to live to intense shame themselves even if it was under different circumstances. The road to success is far from easy, Starry Eyes taking the pains to make this quite clear.

The latter half is naturally where most of the fun lies. Once the producer, played with skin-crawling glee by Louis Dezseran, awards Sarah the part and makes a pact with her, things go haywire very quickly, much to the detriment of the protagonist’s physical and mental self. From there the picture tackles a second issue, albeit in a spectacularly over-the-top manner. Sarah, now increasingly possessed by the powers that run the mysterious studio, eschews her former friendships with Tracy and the remaining members of their once tightly knit clique. At one point Sarah admits to not having any familial ties. In a sense, her friends now represent her family. When important changes come about in one’s life, habits, contacts, interests, and relationships can alter, oftentimes for the better but sometimes for the worse. Staunch dedication to one’s profession or any other obsession can distance oneself from the truly important things in life such as the love of a family. Sarah’s literal metamorphosis in the film is itself a clever metaphor for the change that occurs in people who embark on a completely different chapter in their lives, leaving who they knew behind in the dust.

To top it off, Starry Eyes is aided by a sumptuous score that should warm the hearts of many a horror movie fan as well as some jaw-dropping prosthetic effects that make Sarah’s demonic rampage cut her ties as visceral as imaginable. The name John Carpenter is tossed out and about loosely nowadays whenever modern horror films are discussed. Filmmaking has entered the age where the great director’s work frequently serves as inspiration for up-and-comers. Starry Eyes’ musical score from Jonathan Snipes is Carpenter-esque personified, a loving throwback to the themes that made the aforementioned legend’s pictures so memorable, among other things. The deaths, all of which happen in the final act, are absolutely horrible in the best way possible. Frankly, some are quite difficult to look at, including one in a bedroom that will undoubtedly make some gag.

Full credit to the writer-director duo of Kevin Kölsch and Dennis Widmyer for their efforts on Starry Eyes. Their sensibilities make for some of the best that horror has to offer. Gore alone means nothing if it isn’t supported by a movie’s essential diet of a good story, strong characters, and rich themes. Their film delivers on all fronts, demonstrating that they are a force for good in the world of horror movie-making in the United States. While the protagonist in the film should have been careful of what she wished for, fans can unapologetically wish for more from these bold filmmakers.