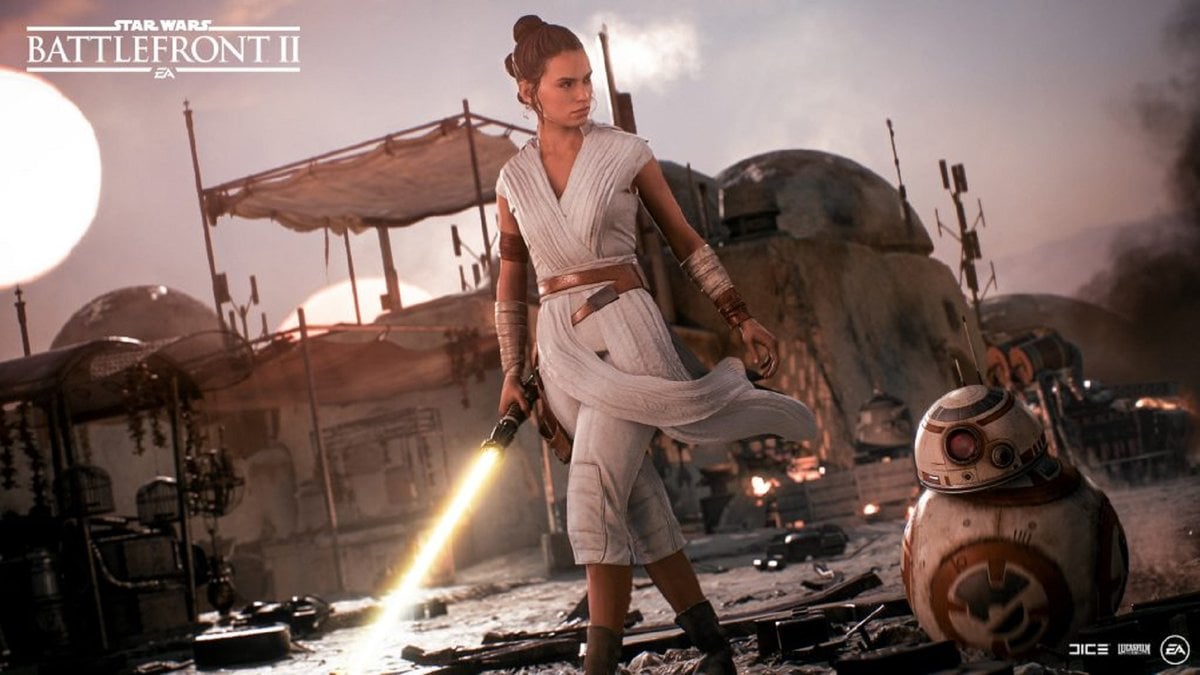 If you’re a video game soundtrack nerd such as myself, you’ll know that the soundtracks for the various Star Wars video games didn’t always get released immediately. The soundtrack for Star Wars Jedi: Fallen Order was released back in August of 2020; nine months after the game came out. We now have a similar situation with the Star Wars: Battlefront soundtracks, which are now getting an official release six years after the first games release and four years after the second. All I can say is, it’s been a long time coming but it’s certainly worth it.

Gordy Haab- who has taken the lead on all of the soundtracks for the official Star Wars games in the recent years- has created an immersive array of music that slots perfectly into the Star Wars universe, easily holding its own against John Williams’s classic score. I’ve raved about Haab’s work in not one but two of my annual best video game soundtracks lists, so I’m probably a little biased but he is undeniably a brilliant composer who is able to take the music from such an iconic universe and not only make it his own, but also bring it into the video game medium whilst maintaining the feel of the Star Wars franchise. Nice work, Gordy.

Check out the official press release below for more details.

Star Wars™: Battlefront,from Electronic Arts Inc., DICE, Criterion Software, and Lucasfilm, is an immersive first-person and third-person shooter game that challenges players to fight for either the Rebellion or the Empire. The sequel Star Wars™: Battlefront II, from Electronic Arts Inc., DICE, Motive Studios, Criterion Software, and Lucasfilm, features players from every era and partake in epic space battles both online and offline.

Both scores were performed by the London Symphony Orchestra and The London Voices Choir at Abbey Road Studios. They have garnered award wins for Haab including Music of the Year and Best Interactive Score from the Game Audio Network Guild (G.A.N.G.) Awards for Star Wars™: Battlefront and Video Game Score of the Year from Film and Television Music Awards for Star Wars™: Battlefront II.

“I consider composing the original score for EA’s Star Wars™: Battlefront series one of my greatest accomplishments,” stated Haab. “Creating new music for a game with such high expectations was a colossal task, only made more daunting by my own passion and desire to pay honor to my favorite franchise. And for this reason, I poured a lifetime of love into every note. As did the orchestra who performed it – and every person who helped bring the music to life!”

Steve Schnur, Electronic Arts’ President of Music said, “Gordy Haab brought his own aesthetic to Star Wars Battlefront and Star Wars Battlefront II while at the same time honoring the most iconic film music in history. Watching him bring these scores to life in the same studio and with the same orchestra that was used to record the original Star Wars has resulted in remarkable music that fans are finding just as timeless. These soundtrack albums are the proof.”