Boots Riley’s feature film debut is provocative, unpredictable, and filled with raucous energy. The story follows Oakland native Cassius Green (Lakeith Stanfield of Get Out and FX’s Atlanta), who takes a much-needed telemarketing job, only to face a number of extraordinary choices as he gains visibility and status within a company facing a workers’ strike against unfair practices. Riley is the leader of the band the Coup, and his experimental sensibilities burst off the screen in this absurdist tale. Sorry to Bother You has years of incubation put into it, and so throws clever, mindful sucker punches with each turn of the plot. A charismatic cast coupled with an increasingly fantastical situation that’s grounded in socio-economic realities make this a disruptive and memorable film.

Sorry to Bother You possesses a social consciousness without tedious over-explanation, instead delivering exposition and musings about morality with sharp articulation. Lakeith Stanfield’s Cassius doesn’t head into his new job with ambition — just the need to survive. His considerable ability to sell to people over the phone with a “white voice” (lent by comedian David Cross) skyrockets him to the upper echelons of the telemarketing company, and straight into the temptations of what a comfortable salary can do for the average person — if only they’re willing to throw a few others under the bus for the privilege. Stanfield’s dynamic expressiveness and skeptical eyeing of any given circumstance make for a spirited, albeit reticent, protagonist. Green’s seemingly innocuous job leads to a gradual social awakening that is a larger indictment of how corporations, the patriarchy, and white America exploit people of color and those on the edge of poverty for their gain. Riley’s movie renders the real danger of maintaining the status quo, and the degree to which the rich will go to in order to keep and further solidify their positions. 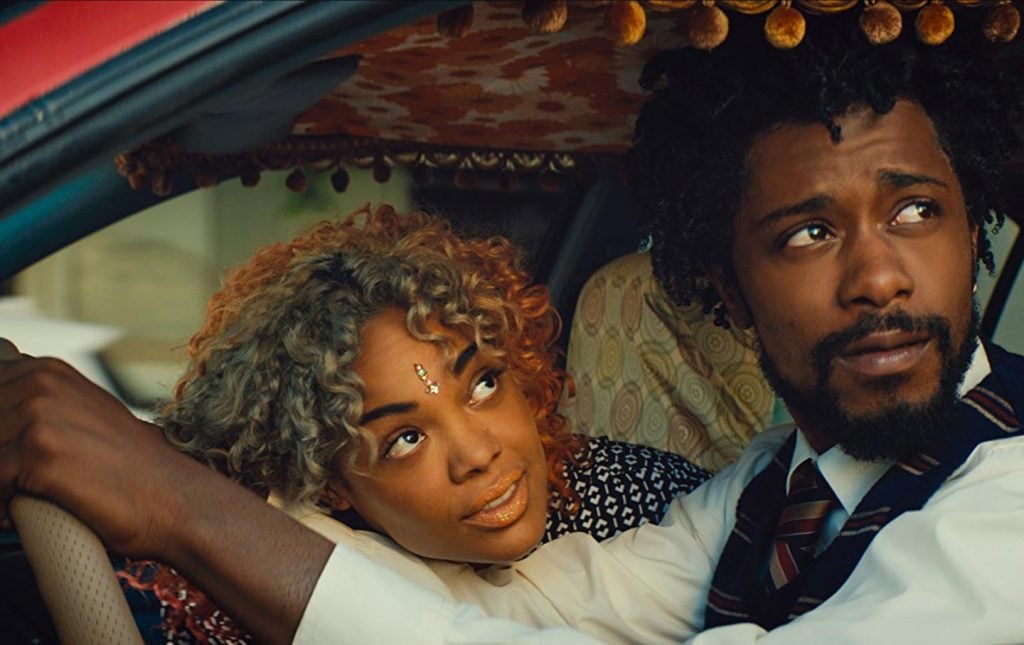 Tessa Thompson (Thor: Ragnarok, Dear White People) portrays Detroit, a radical artist, and activist, as brash with an immovable attitude of defiance toward authority. She’s an integral part of Cassius’ life as his girlfriend, but is not defined by it. She has aspiration, and works to pay her bills so that she can do as she pleases. Her searing sarcasm and political hyper awareness are as refreshing as they are overwhelming. Cassius is not as engaged or versed in oppression as Detroit, and it shows. As the moral compass of the film, Thompson’s Detroit is our entry into the world of the striking low-level telemarketing workers that Cassius quickly leaves behind. Thompson is a ball of fire, and commands every scene that she’s in.

Armie Hammer (Call Me By Your Name, Mirror Mirror) as the company’s CEO is over-the-top in a nonchalant manner. His character’s motivations are in step with much of what Jordan Peele’s Get Out delved into — the mining of blackness for talent and cultural cache. Here, that mining is a scathing indictment of both corporate profiteering off of the labor of the lowest classes, and trading faux inclusivity for marketing success. The story dawdles a bit too much with Hammer’s character, focusing at length on the grotesque surrealism of the boss’ behavior, with the end result being that his cringy preposterousness muddles the message of capitalism gone terribly awry with some overdone licentiousness. The point is made several times over, and unfortunately meanders when the rest of the movie is a tightly woven exercise. More engaging are scenes where the simmering rage of Detroit or the awakening drive of Cassius are featured. Steven Yeun (The Walking Dead) and Omari Hardwick (The Middle of Nowhere) also offer notable performances as people on opposite sides of the picket line. 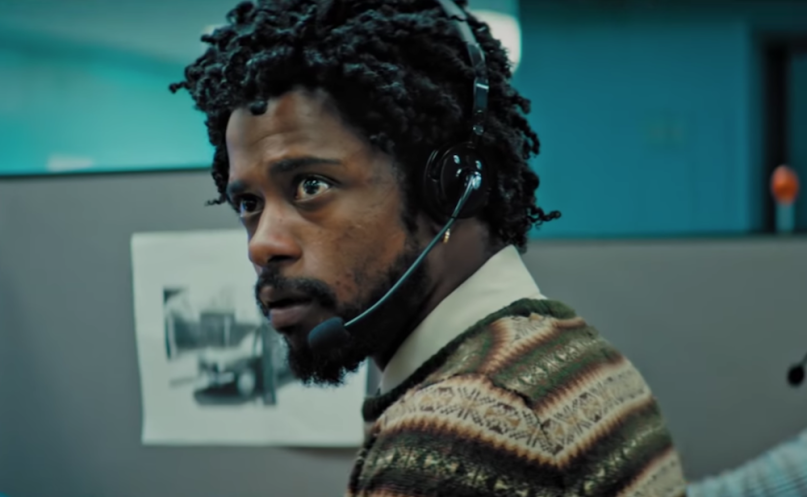 Sorry to Bother You delivers ambitious chaos with a decidedly unpolished zeal that breathes life into people living from paycheck to paycheck. Riley’s effort is a closely coordinated production that exacts gags from creative transitions and quick, quirky reveals, along with insightful, comedic dialogue. Riley audaciously probes the performance of whiteness that people of color often have to take on in order to earn money and gain influence within a white-dominated power structure. He pushes the viewer to stay glued to the content, watching for insight into why the personal is absolutely political, and how a movement is built on the truth and courage.

‘Ant-Man and the Wasp’ Is Delightful and Insignificant