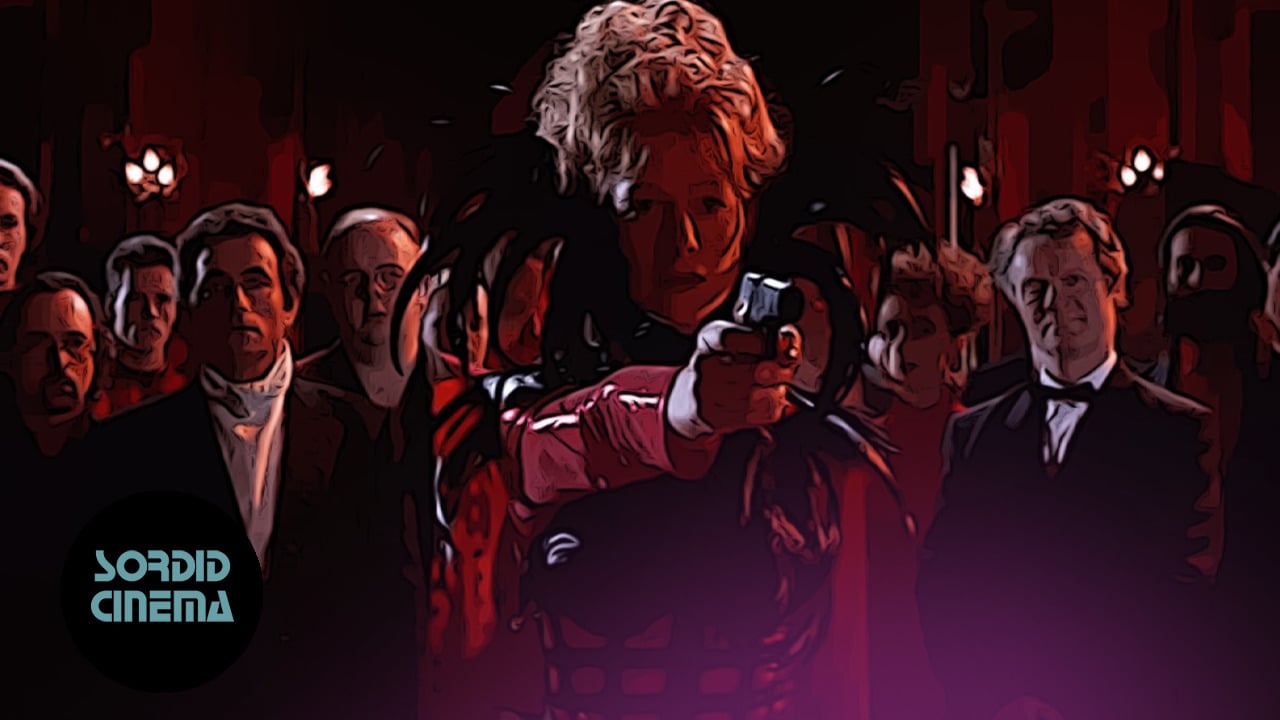 The Cook, the Thief, His Wife & Her Lover Podcast Review

An avant-garde filmmaker who earned surprising access to the mainstream, Peter Greenaway is among the most ambitious and controversial filmmakers of his era. Trained as a painter and heavily influenced by theories of structural linguistics and philosophy, Greenaway’s films often explore the boundaries of the medium by rejecting formal narrative structures in favor of awe-striking imagery, shifting meanings, and intense emotional tension.

This week on the Sordid Cinema podcast, we discuss The Cook, The Thief, His Wife and Her Lover, Peter Greenaway’s most successful film and some would argue his true masterpiece.

When The Cook, the Thief His Wife and her Lover opened in the U.S. in the spring of 1990, it fell subject to the MPAA’s then-new “NC-17” rating, which as it turns out, ended up being a blessing since the movie received extra publicity and became Greenaway’s most famous and his most infamous film.

As the film comes the closest of all his works to conform to a traditional narrative structure, it is easy to understand its mainstream popularity, even if it no doubt offended as many as it’s enraptured, no thanks to the heavy use of sex, scatology, cannibalism, physical violence, and bad language.

Needless to say, The Cook, the Thief His Wife and her Lover is one of the most straight forward revenge films you’ll ever see— and it just so happens to be one of our favourite films from the 1990s. In this episode, we discuss Sacha Vierny’s cinematography; Jean-Paul Gaultier’s extravagant costumes; Ben Van Os’s production design; Greenaway’s use of color, and of course, the fine performances by Michael Gambon and Helen Mirren.

Joining us this week is Goomba Stomp’s Managing Editor, Mike Worby, along with a special appearance by former hosts, Chrystina Benyo and Derek Gladu.