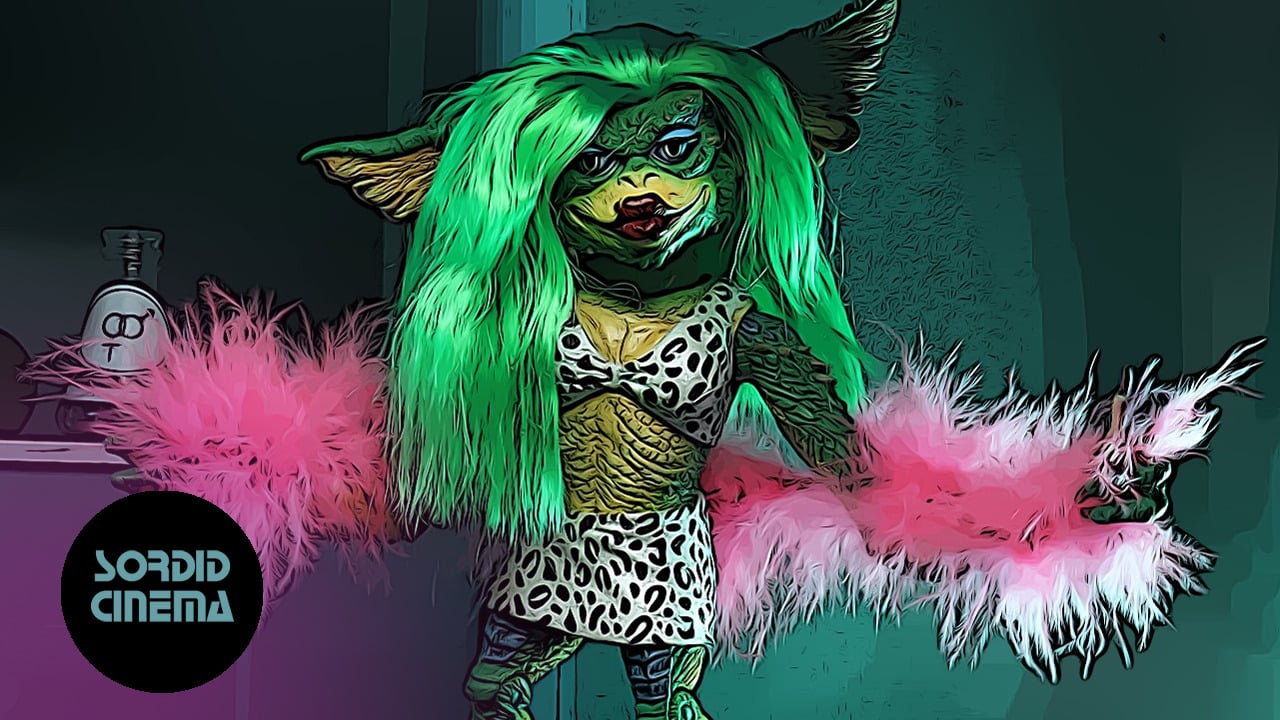 One of the Best Horror Sequels Turns 30!

This week the Sordid Cinema Podcast takes a look at the 1990’s Gremlins 2: The New Batch, one of the strangest sequels ever made by a Hollywood studio. Famous for director Joe Dante’s reluctance to return to his world of the mischievous little monsters without the total creative control eventually granted him, Gremlins 2 plays almost like a satire of the original, as well as of sequels in general and numerous cultural trends at the time. Chaotic, comedic, yet tightly structured, this renegade, Looney Tunes-inspired film mocks everything from the convoluted Mogwai Rules to the sad backstories that Kate seems to have for specific holidays. And thanks to Rick Baker (also a co-producer), there are plenty of amazing creatures perpetrating the hijinks this time around. Bat gremlins, spider gremlins, lighting gremlins – this movie has it all!

Rick and Patrick are joined by writer/film critic Mariko McDonald to parse out the plethora of in-jokes, references to classic horror, odd Easter eggs, fourth-wall-breaking, and overall zaniness, while also discussing a bit of the film’s history and how it compares to Gremlins. One could talk for hours about this masterful example of studio-funded anarchy, so for all this and more, have a listen!

Listen to the show on Spotify

Listen to the show on iTunes

Listen to the show on Stitcher

Listen to the show on Podbean