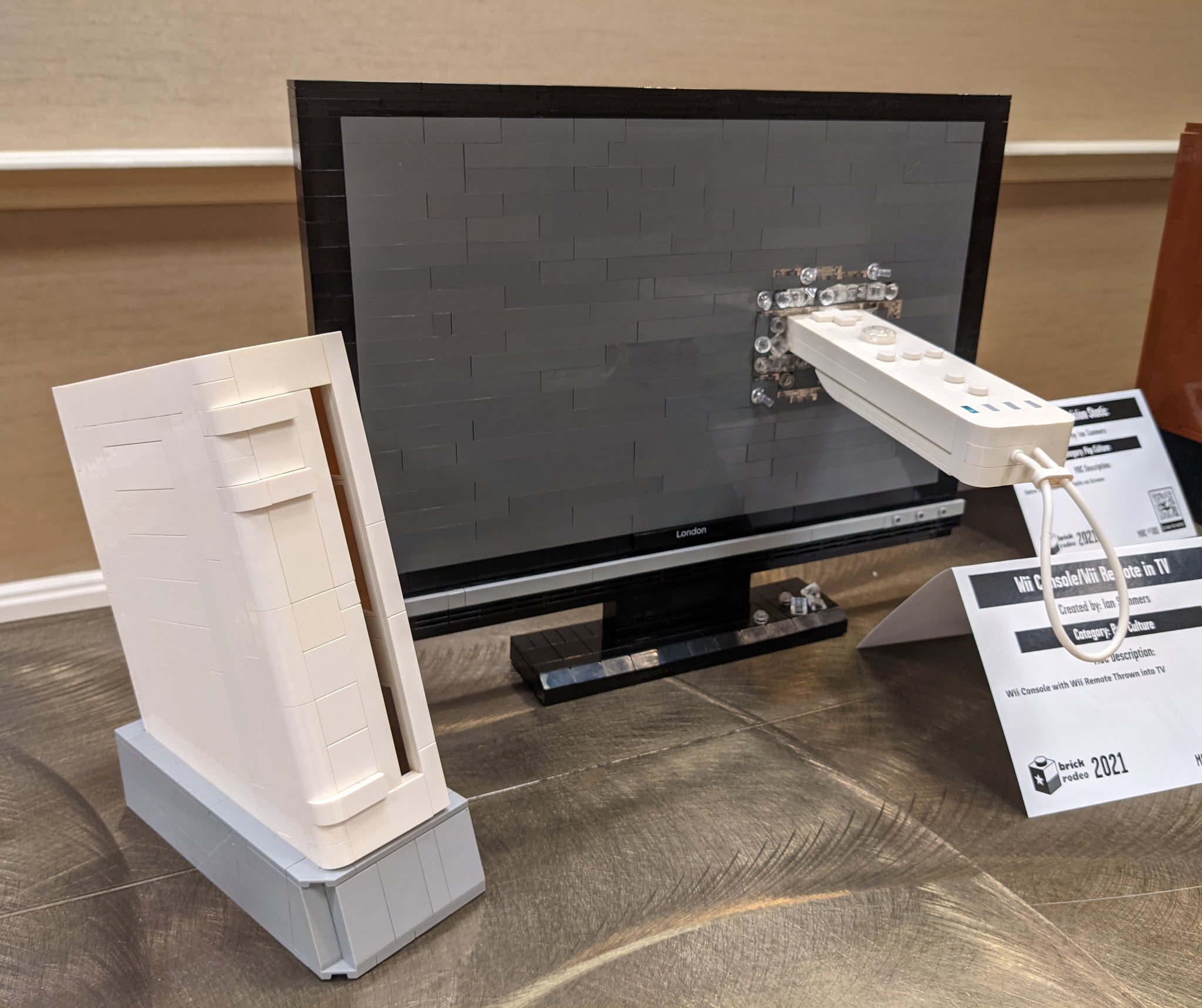 2006 was indeed a simpler time but it was a defining year for gamers- particularly fans of Nintendo- as it was when the infamous Nintendo Wii was released. Those who remember playing a Wii may remember that wrist strap that we were supposed to tie securely around our wrists in order to stop the controller from flying out of our hands when pretending to bowl or play tennis. This is the human race we are talking about though so of course a good portion of players ignored the warnings and the instructions. This led to many accidents over the course of the Wii’s lifespan but one of the most common was the remote destroying or damaging televisions. This is because you would need to move the remote towards the television- where the sensors would be placed- and so every time you swung it would be right in the vicinity of the TV. As you can imagine, many televisions were harmed during the Wii’s time and one creative LEGO enthusiast has perfectly captured that moment of accidentally embedding a Wii remote into your television screen.

Twitter account @BeyondTheBrick– which showcases awesome LEGO creations from all over the world- highlighted a LEGO creation from a LEGO builder by the name of Ian Summers. Ian has recreated a Wii remote that has been thrown into a television screen entirely in LEGO. This is not only super creative and impressive (I’m so impressed by these master LEGO builders in general) but it’s also a really unique idea that Ian has pulled off perfectly. The work was on display at the Brick Rodeo in Texas, a LEGO fan convention. Not only are the remote and television replicas made of LEGO but the Wii console itself is also made of LEGO. I also love the little bricks added around the remote to give that impression of shattered glass. It’s the little details that make these sorts of things.

I couldn’t find any social media of Ian’s to link to but I have included the original Tweet from BeyondTheBrick above so you can take a look for yourself. Also, here is a video- courtesy of YouTube channel Wii Remote– of people smashing their TV’s with their Wii remotes. You are welcome.