Tag is a thought provoking film — or it isn’t; what a viewer takes away from “experiencing” Tag is going to drastically vary from person to person. Sion Sono’s cinematic assault on the senses, Tag, is a rare filmmaking feat that acts as a Rorschach test projected upon the silver screen: Tag is so wildly open to interpretation that its message will reflect the audience’s state of mind going in. Tag offers enough cryptic symbolism to fuel countless hours of discussion among cinephiles (be it in coffee shops or on reddit), while the movie’s violence ensures that gorehounds can turn off their brains and enjoy the film’s numerous well-choreographed blood baths.

Tag is a difficult film to discuss without spoiling, and at the same time, a detailed synopsis of the plot would be so nonsensical to those who haven’t watched the movie that it would barely affect their viewing experience — that’s just such a Sono thing to do. The film picks up with a girl named Mitsuko (Reina Triendl) riding a bus packed with young girls on their way to school. The scene plays out like the masturbatory fantasy of a 13-year-old boy. The boisterous teenagers shriek and giggle before breaking into a slow motion pillow fight (all that’s lacking is some cheesy saxophone music). Mitsuko bends down to pick up a pen when “$#!T GETS REAL.” A mysterious force descends from the sky, tearing through the metal bus and everyone but the ducking Mitsuko as if they were tissue paper. Mitsuko escapes, trudging through the bloody pulp of her classmates only to be pursued for the rest of the movie. Tag changes up the threat in each act, but the movie’s themes remain the same; young women get objectified, pursued, and destroyed in the most brutal ways imaginable.

Tag is the perfect example of why art can not always be appreciated in a vacuum. At certain times, the examination of a piece of art must be given context within the greater body of the artist’s work. Tag is either a masterful satirization of how men objectify women and fetishize violence for their own pleasure, or it’s a grindhouse film stuffed with gratuitous bloodshed and countless panty shots. Sono has already established himself as a provocateur, so it makes little sense that Tag is simply an opportunity to push viewer’s tolerance of sex and violence to another level — he’s already “been there and done that.” Sono is an auteur director with a penchant for tackling uncomfortable subject matter and weaving complex themes into his films. In relation to Sono’s greater body of work, Tag stands out as an indictment of the audience’s depraved tastes — tastes that Sono himself is is not above catering to.

Dave Chappelle had an epiphany on the set of his hit series, Chappelle’s Show that caused him to end the series and walk away from a $50 million dollar contract. While the intent of Chappelle’s Show was to deconstruct and satirize race relations in America, Chappelle came to realize that there was a portion of his audience that wasn’t grasping his subversive humor. While Chappelle cracked race jokes about blacks or Jews to show the absurdity of racial hang-ups, a portion of the audience only took those jests at face value, further reinforcing their backwards stereotypes. In Tag, Sion Sono walks the same slippery tightrope as Chappelle. On one hand, he asks the audience to examine their perversions and bloodlust, while at the same time producing up skirt shots with the alacrity of an internet pornographer and slicing little girls in two like it’s nobody’s business. Sono’s message is so ethereal that there will be many walking away from Tag with the violence, not the message etched into their mind. But who knows, artists like Sono see the world on an entirely different plane than everyone else, so perhaps dividing the audience was his intention all along. 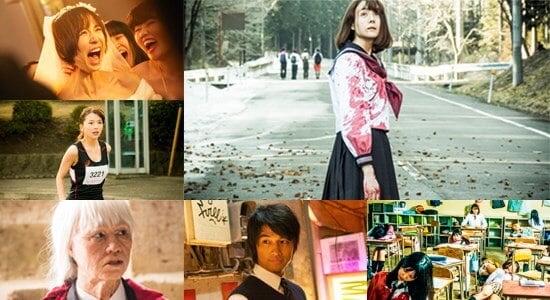 Tag will shock, awe, disgust, provoke thought, titillate, tantalize, and most importantly inspire debate. Anyone that prefers easy to follow films should look elsewhere — much of Tag’s 85-minute running time evokes the same level of WTF-ness as Neo and The Architect’s infamous tete-a-tete in The Matrix Reloaded. Tag may be the most radical movie of the year, it’s a complex piece of art from a quixotic filmmaker and an electrifying way to spend 85-minutes.

Does Sony Believe in Playstation VR?