Few things are ever certain in film prognostication, but at least one thing seemed a fairly safe bet: the sequel to Denis Villeneuve’s Sicario (2015) would depart significantly from its predecessor, thanks to the absence of Villeneuve, original star Emily Blunt, cinematographer Roger Deakins, and composer Jóhann Jóhannson. Sicario: Day of the Soldado is certainly miles apart from its predecessor — in the sense that it’s an offensively terrible film searching for profundity amongst conspiracies dreamed up by your crazy uncle.

In Sicario, Emily Blunt played an FBI agent drawn into an extralegal attack on narco gangs by a deceptive CIA operative (Josh Brolin) and his assassin with a past (Benicio del Toro). Blunt served as the film’s moral compass — as well as the audience surrogate — never loses sight of the atrocities Brolin and del Toro are capable of, but her role is completely absent in Day of the Soldado. In this new film, Graver (Brolin) and Gillick (del Toro) have been redeployed following a series of terrorist attacks committed by radical Muslims, who have been smuggled into the country by unconcerned drug cartels. If that concept sounds familiar, it might be because of its proximity to a (debunked) conspiracy theory suggesting that ISIS was operating on the US-Mexico border. The conspiracy theory originated in 2014 and was given added publicity when Fox News briefly ran with it, and seems to have inspired screenwriter Taylor Sheridan, who has sadly lost his mind since the first film. Free of Blunt’s schoolmarmish concern for outdated concepts like justice and the rule of law, Graver and Gillick decide to “start a war” with “no rules.” Graver will “set [Gillick] loose” — presumably to go fight a bunch of dangerous clichés. 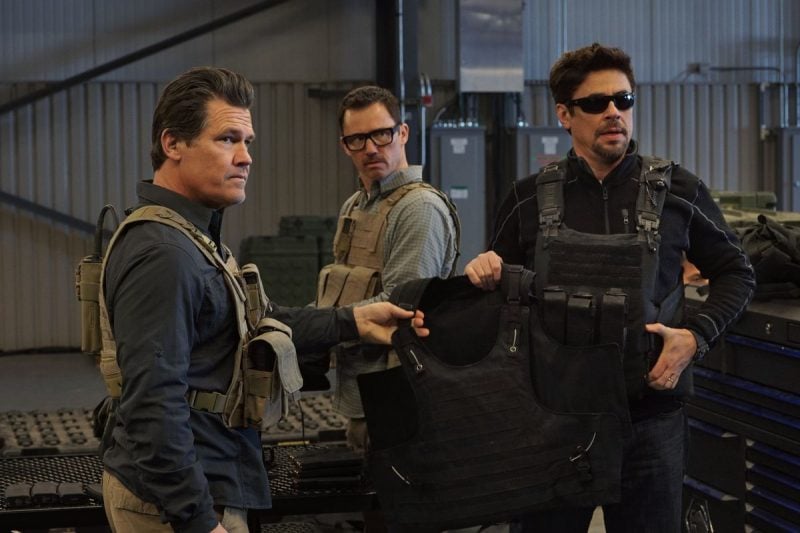 Part of Gillick’s plan is to kidnap the daughter of a powerful cartel head, in the process convincing him that a rival cartel is responsible for her abduction. He’ll lash out and they’ll fight back, ideally destroying each other in the process. Sheridan has devised a tawdry plot turn, and he and director Stefano Sollima threaten to play into racial animus when introducing Isabel Reyes (Isabela Moner). When we first see Isabel, she’s in the midst of a schoolyard fight that she has instigated among Catholic school girls, all of them wearing matching, featureless uniforms. The character threatens to paint Mexicans as bloodthirsty savages, and also seems to blame a 16-year-old girl for the sins of her father, as if she’s been made feral by his outlaw ways.

Day of the Soldado aims to reimagine its male characters as the ultimate antiheroes, but Sheridan’s screenplay and Sollima’s direction aren’t strong enough for the heavy lifting required to do that.

The kidnapping plan barely makes sense on the page, so it’s inevitable that something will go wrong. Amidst all the chaos, it’s hard work finding a reason to even care about what happens to Brolin and del Toro’s characters. Part of what worked so well in the first film was that both men were actually villains. Perhaps they intended to affect a positive change, but their warped methods only led to unnecessary death and destruction. Innocent people were wrapped up in their schemes, losing lives in the process.

Day of the Soldado aims to reimagine its male characters as the ultimate antiheroes, but Sheridan’s screenplay and Sollima’s direction aren’t strong enough for the heavy lifting required to do that. Perhaps some impressionable person who also happens to believe that dangerous criminals are infiltrating the US from south of the border will adopt Graver and Gillick as heroes, but most viewers will recognize them as amoral tempests seeding death and destruction in their wake.

It raises the question: what happened to Sheridan since the first film? Either he has been seduced by Trumpism and its libel on foreigners, or he simply fails to understand how his new work falls into their hands. Sheridan has indicated that Sicario was written years before it was finally filmed; Day of the Soldado would have been rushed by comparison. Perhaps the sequel suffers without the benefit of years of rewrites and the hands of collaborators like Villeneuve and Deakins; Dariusz Wolski’s cinematography is as flat and bland and Deakins’ is vibrant and startling. Hildur Guðnadóttir’s score also lacks the arresting cues that allowed the late Jóhann Jóhannson’s work to stick out. The best parts of Day of the Soldado’s score are when Jóhannson’s original is quoted. 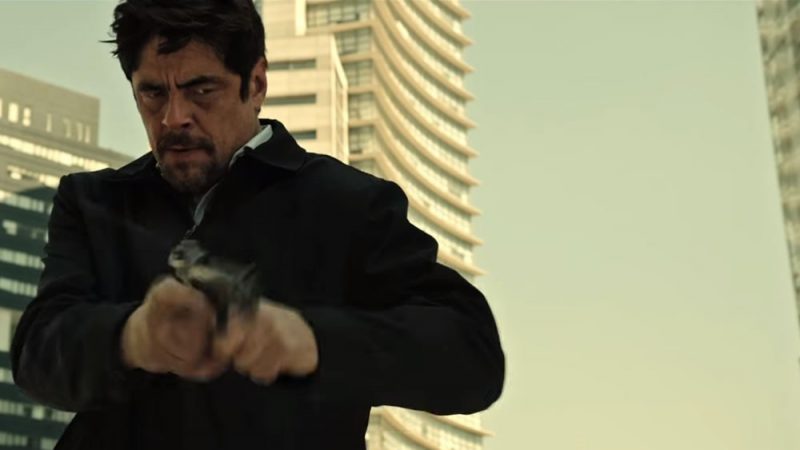 Many viewers will identify with Moner as the kidnapped child. We get the sense that Sheridan may have meant that character to act as a replacement for Emily Blunt’s missing FBI agent, but the role doesn’t carry the same kind of power. As she demonstrated in this year’s A Quiet Place, Blunt is a master of portraying distress and despair. But her character in Sicario also had agency and purpose, whereas Moner’s character in Soldado is merely a victim. It doesn’t help that Brolin seems to just be riffing on his previous performance, and del Toro isn’t able to muster the fury that drove his grieving character in the first film. He conveyed a deep sadness there which is unfortunately missing this time around.

Perhaps the solution to Sheridan’s screenplay problems is to just hire a director with a strong enough vision to erase the more troubling aspects of his writing. It makes sense that Villeneuve wouldn’t care to return to a half-baked sequel, especially after directing the moving Arrival (2016) and the majestic Blade Runner 2049 (2017), but they might have at least hired someone with a similarly strong vision, rather than the dull Sollima. Sheridan has written (and even directed) other fine films, including Hell or High Water (2016) and Wind River (2017), but those were also based on scripts written years before. Hopefully he can rebuild his chops and return to that level of greatness, but for now his pen seems unsure of itself.