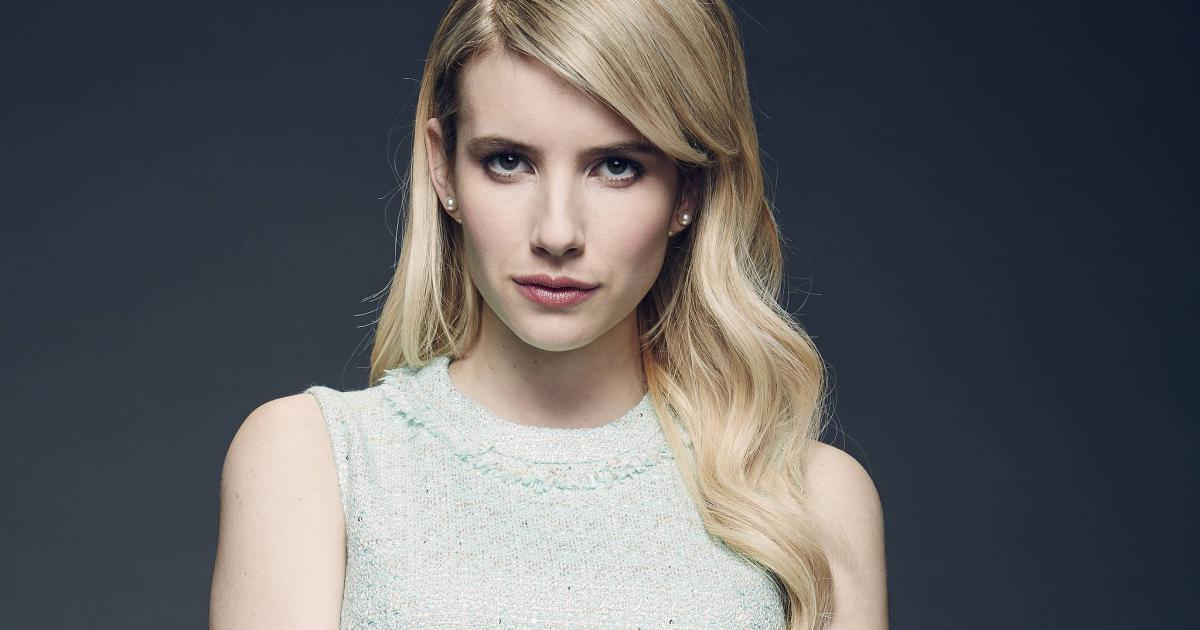 Who takes Scream Queens seriously? That’s my question following a nine-hour binge watch that saw maids melted, deaf girls decapitated, and more costume changes than a Lady Gaga concert. Headed into the Season 2 premiere, I was worried this campy trainwreck might have re-railed. Could Scream Queens actually have tension and a lot less faux fur? Fortunately for every Pissy Spacek lover out there, the answer is no and no.

When a costumed killer starts playing Whac-A-Mole with her sorority sisters, Chanel takes it upon herself to unmask the murderer before s/he can kill again. Well, technically there’s another girl doing most of the legwork, but she’s so bland I can’t even remember her name.

Anyway, it turns out the murderer is actually murderers, as in plural, and one of them is that Rachel girl from Glee. She darn done it to have a real family, folks. Head Bitch Chanel is framed and sent to a loony bin, which leaves Glee girl, erm, gleeful?

Which Leads Us to Season Two

Instead of a sorority house, the season premiere “Scream Again” takes us into the wacky goings-on of a hospital on the edge of a swamp. Chanel’s chief antagonist, Dean Munsch (Jamie Lee Curtis), has vanquished her college’s Greek system. After a lot of soul-searching, Munsch decides to purchase said swamp hospital in hopes of curing the world’s most incurable medical cases. Can a college dean with an honorary doctorate from the University of Pittsburgh open her own hospital? Probably not, but remember this is a Ryan Murphy show. Expecting logic from that man is like expecting Donald Trump to shy away from spray tans.

Dean Dr. Munsch needs staff, which leads her to hire last season’s offensive black stereotype, Zayday Williams (Keke Palmer), as well as a couple of faces most people in the Western Hemisphere should be familiar with: Dr. Brock Holt (the ageless John Stamos) and Dr. Cassidy Cascade (Taylor Lautner).

None of this matters because it takes 25 minutes for Chanel to appear, which is 25 minutes too many. There’s a montage ten minutes in, but it lasts all of 90 seconds. To make you understand why I’m outraged, let’s list the reasons why anyone should watch Scream Queens:

When Emma Roberts is on screen, Scream Queens has a pulse. When she’s not, the show’s flatlining into the ether. Chanel is this plotless wonder’s black, beating heart. Don’t tell me Murphy and co. needed almost half the episode for set-up – nobody expects Scream Queens to make a lick of sense.

Thankfully when Chanel returns, the episode comes alive. After being exonerated of last season’s crimes, Chanel’s slumming it in a dead-end job, disowned by her family and robbed of her riches. Dean Dr. Munsch visits Chanel (and her sorority halfwits) to offer up an olive branch: Munsch will put Chanel through medical school and allow her to work at the hospital in an act of penance. It’s like Cersei’s walk of atonement but with more colostomy bags.

Sadly it’s not long before Chanel is totes bitchy again, which leads to a proverbial wrist slap from yet another guest star – Kirstie Alley as a terrifying staff administrator – and, of course, Mean Boss Lady Munsch herself. Witnessing Chanel’s fall from grace is a lot sweeter if you’re familiar with how much of a HBIC she was last season.

The rest of the episode plays out in typical TV schlock fashion. The case-of-the-week is cured of an excessive hair growth disease (I’m calling it Chewbacca-itis), and this season’s killer pops up just as Miss Sasquatch was learning to live without the services of a round-the-clock dog groomer. Bye bye Furface, and hello Season 2 of Scream Queens.

So Why Not Cancel This Mess?

Scream Queens is not a bad show. OK, it’s not good either, but hear me out.

When the show works, it does so by throwing you into the front seat of a rollercoaster full of offensive stereotypes and probably-shouldn’t-laugh-here jokes. But you do laugh. In fact, the show can be so laugh-out-loud funny that you forget about the ridiculous plot and go along with the ride. It’s this freedom that makes Scream Queens eminently watchable.

When the tangents don’t pay off, however, the show feels exhausting – a series of B-movie shenanigans led by a cast of characters no one cares about. I’m not saying you have to like fictional people to follow their stories, but if you keep them shallower than a paddling pool viewer interest is going to ebb.

Showrunner Ryan Murphy must know this. The latter half of Season 1 saw some serious character development, and the climax’s build-up was steady and sure in a way the rest of the season was not.

If he can steer Scream Queens towards the Port of Crazy instead of letting the show veer and capsize there by itself, the phrase “guilty pleasure viewing” might no longer apply. Because it’s sad that Scream Queens – a show with oodles of potential – is up there with the Pretty Little Liars of the TV world. The acting is top-notch and the cast are clearly having fun. It just needs a careful hand to balance the horror and comedy elements.

Maybe with a little reining in, Scream Queens can move away from trainwreck territory and live to see the day. Right now, it would be lucky to get a third season.

Is Westworld the Ultimate Analog for Gaming?