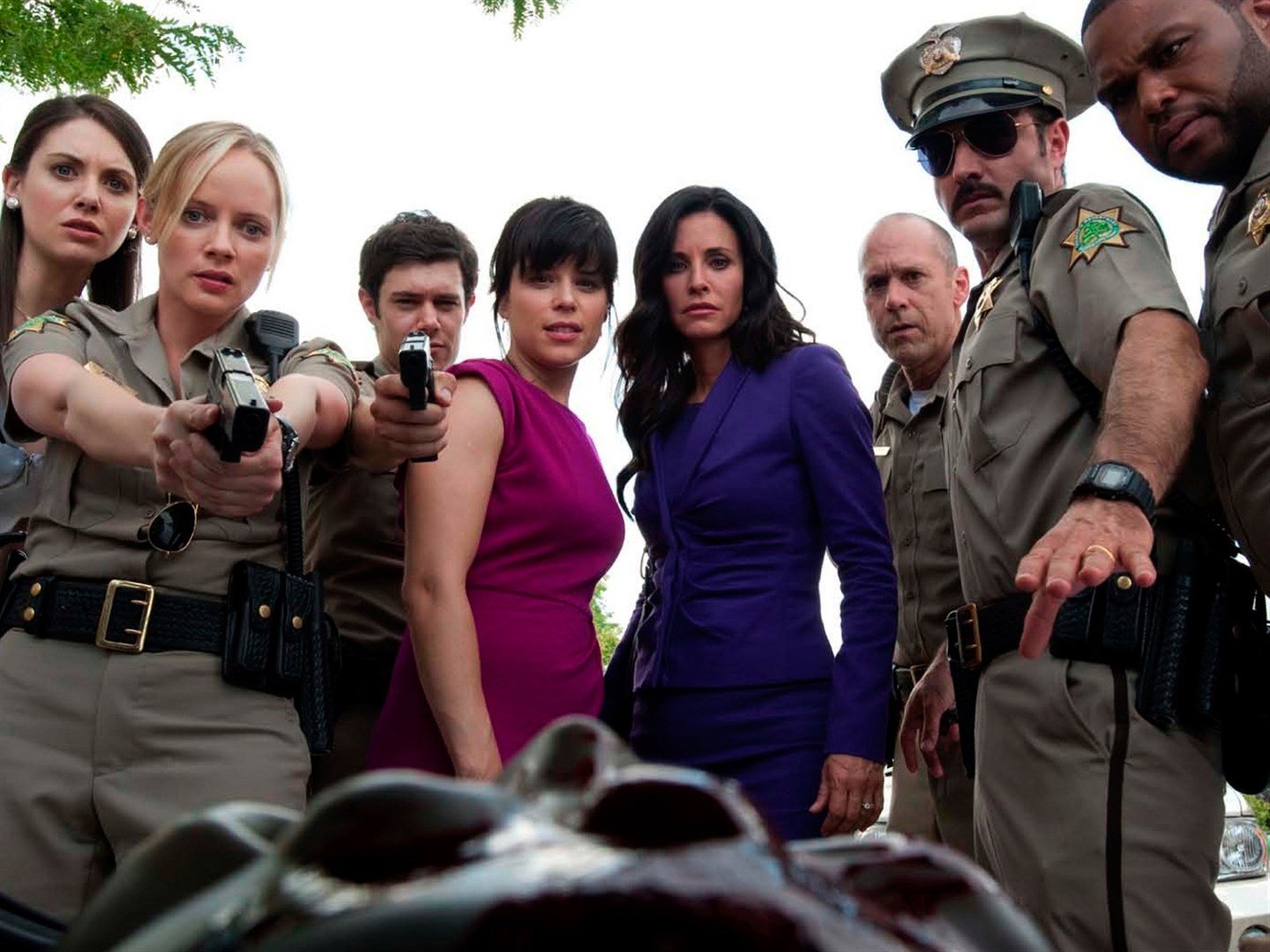 Let’s face it…most horror sequels suck. The moment producers smell franchise potential, the cash-grabs overflow the box office with phoned-in material riding the coattails of an iconic first impression. Unlike other horror series, Scream has always seemed to contain artistic integrity and an actual effort in all of its films despite any (and many) flaws, which explains its devoted fanbase after 25 years. When Scream was first released in 1996 at a time when the horror craze was basically dead, director Wes Craven brought it back to life with electrifying wit and a meta-referential view of the entire slasher sub-genre. The film was an overwhelming box office success and brought horror back into demand with adolescent audiences.

Over the course of each new Scream sequel, the landscape of contemporary horror had shifted. By the mid-2000s, teen slashers were on the downtick and the ‘torture-porn’ craze was taking over the darker corners of the genre with the likes of Saw and Hostel. Onscreen kills were getting more brutal and the ironic humor of Gen-X horror was being replaced with post-9/11 nihilism and paranoia. By the time Scream 4 was released in 2011, the genre once again had worn out its welcome with the onslaught of mediocre sequels and remakes. However, looking back on the estranged fourth installment of the Ghostface legacy, it has aged with a surprising amount of grace while remaining a time capsule of a bygone era. Ten years later, Scream 4 deserves a second first impression as an underrated sequel and millennial classic in the making.

Scream 4 returns to Woodsboro, which has leaned in to its infamous reputation in a big way. The streets are paved with Ghostface masks, local teenagers host movie marathons for the Stab series based on the murderous events, and everyone knows past victims and killers like they’re local celebrities. Fifteen years after the first killings, Final Girl Sidney Prescott (Neve Campbell) has returned to her hometown to promote a new self-help book with her shifty publicist (Alison Brie) while Gale Weathers (Courteney Cox) is married to Dewey Finn (David Arquette) and dealing with writer’s block and is in need of a hot new story. Meanwhile, the audience is introduced to Sidney’s mild-mannered, awestruck teenaged cousin Jill played by Emma Roberts; a casting choice that in itself is meta considering her real-life kinship to America’s Sweetheart Julia Roberts. The film primarily focuses on Jill and her classmates (including Hayden Panettiere as Kirby who is easily the best part of the film) as they are terrorized by the gravely-voiced killer just like Sidney’s class before. We are also given two geeks Robbie (Erik Knudsen) and Charlie (Rory Culkin) who run the high school cinema club and smugly mansplain the nuanced rules of reboots (“If you want to survive in a modern day horror movie, you pretty much have to be gay”). While the pair of them don’t equate to Randy (RIP), they add to the list of suspects including Jill’s ex-boyfriend Trevor (Nico Tortorella) and the goo-goo-eyed deputy sheriff Judy (Marley Shelton).

2011 was a very different time. Snapchat was brand new, YouTubers were just barely learning how to make money off of content, and “Influencer” wasn’t a career aspiration. But compared to the 90s and 2000s, the internet, especially social media, wasn’t a luxury so much as a commonplace omnipresence that entrenched youth culture. Scream 4 shows this through the constant depiction of cellphones, live streams, and web cameras as the Woodsboro teens simultaneously immerse and distance themselves in their town’s brutal history. They believe that because their town is famous, they too are entitled to minor celebrity status.\

That’s a common theme in the series: Celebrity. In a society that has had a murky history of sensationalizing serial killers to the point that they are as ubiquitous as rock stars or

movie monsters, it is no surprise that easily influenced people may think that a little bloodshed is their ticket to the limelight. The film gives a thought-provoking look into our toxic love affair with high-profile murderers as well as with overnight internet fame in our “pics or it didn’t happen” culture. Emma Roberts wows as a delightfully worthy heiress to the Woodsboro lineup and perfectly embodies the millennial experience as both entitled and weighed down by the errors of past generations. All of the students are so involved and yet so desensitized that they feel a false sense of comfort from behind a screen or as a harrowing anonymous voice on the phone. While the film can get a little cheeky with its meta-humor, it still elevates an important moral for a generation raised in the fantastical cybersphere: life isn’t a movie. If it were, each generation would just be a watered-down sequel.