There’s an innocuous force at play here, and it comes off as contradictory and misjudged when saddled with Gore Verbinski’s 2002 American remake of The Ring. Whereas the latter dwelt in despair and a constantly unsettling sense of paranoia, Rings attempts to inject some ingenuity into proceedings, but it never quite has the courage to run with it. Instead, director Javier Gutierrez’s feature devolves into an uninspired origin tale that fails to unearth any key information that the audience didn’t already know.

The humdrum plot follows our hopelessly-in-love heroine, Julia, as she attempts to locate her long-distance college boyfriend, Holt, after an implied social messenger blackout. She soon discovers a secret group at Holt’s College, led by professor Gabriel, that has carefully constructed a process to avoid the vengeful Samara’s seven-day curse by copying the footage on the haunted tape and making somebody else watch it (a process known as tailing). Unfortunately, the film takes a turn for the worst when Holt’s own tail dies, and Julia takes it upon herself (in the name of love, I suspect) to watch the footage and reap the doomed rewards, despite Professor Gabriel already mentioning how he had guaranteed a tail for Holt.

After reviewing Julia’s own tape, Professor Gabriel discovers unseen footage prompting him to send Holt and Julia away to investigate the town Julia sees in her visions. This is where Rings loses its bearings; what was an intriguing foray into the rules of the curse in the form of a secret group of tail-ers is relegated to a cast-aside subplot. Other than this vaguely intriguing side-note, Rings proves itself as another derivative, investigative horror title, that once again attempts to shed some light on a demonic entity that we all know should be left well and truly alone. Fans of the original (American) film have already seen Naomi Watts’ character be robbed of closure; the same trick is played here, but the effects are far less potent than its 2002 predecessor.

The characters don’t help proceedings either; rather than being downright awful and stupid, Julia and Holt comes across as bland and flavourless, as they seek to understand what made Samara the VHS-haunting, multi-digital spectre audiences have come to fear. RIngs expects its audience to accept that Julia is the “chosen” one to set Samara free, but the script never justifies her worthiness with any meaningful backstory or conflicted characterisation – she just “is”. This is an all-too-common omission in the modern horror toolkit, and it needs to be stamped out. Holt is the worst offender, as he fails to act as anything else other than a contrived plot device – he becomes a hapless spectator with a tendency for being useless throughout the film. 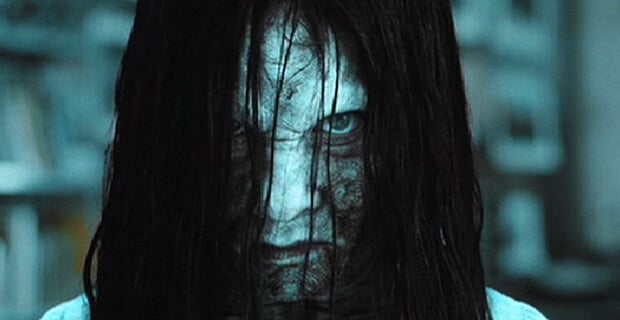 Rings attempts to recapture the slow pace and the damning atmosphere of The Ring, and while it’s an admirable attempt, the film can only pale in comparison. The tools of the horror trade are displayed competently here: the cursed footage is as disturbing as it was back in 2002, Samara’s pale, rotten skin still disgusts and captivates, and the jump-scares are certainly jump-scares. All of these elements help to ensure that the film is never boring; it just falls drastically short of the franchise’s highs. There are moments when Rings looks like it’s about to tackle horror on a larger scale, such as the opening scene on the plane, a bold and novel change of direction for the series, but any suggestion of change is squandered by the narrative’s mundane insistence on showing its audience what it thinks it must, but doesn’t really need to see.

Rings is another misfired attempt at revitalising a classic horror film. Audience’s knew all they needed to know way back in 2002, and yet Paramount have distributed a film that seeks to undermine and eclipse the vastly superior original. Just when it looks like the Rings is about to explore new territory, it cuts away to something infinitely more monotonous and by-the-numbers. Nothing is intolerable during its lean 102-minute running time, but there’s nothing particularly exciting here either to get the blood pumping. In the end, audiences are left with a story that’s about as fresh as the ghastly child crawling out of your television screen.