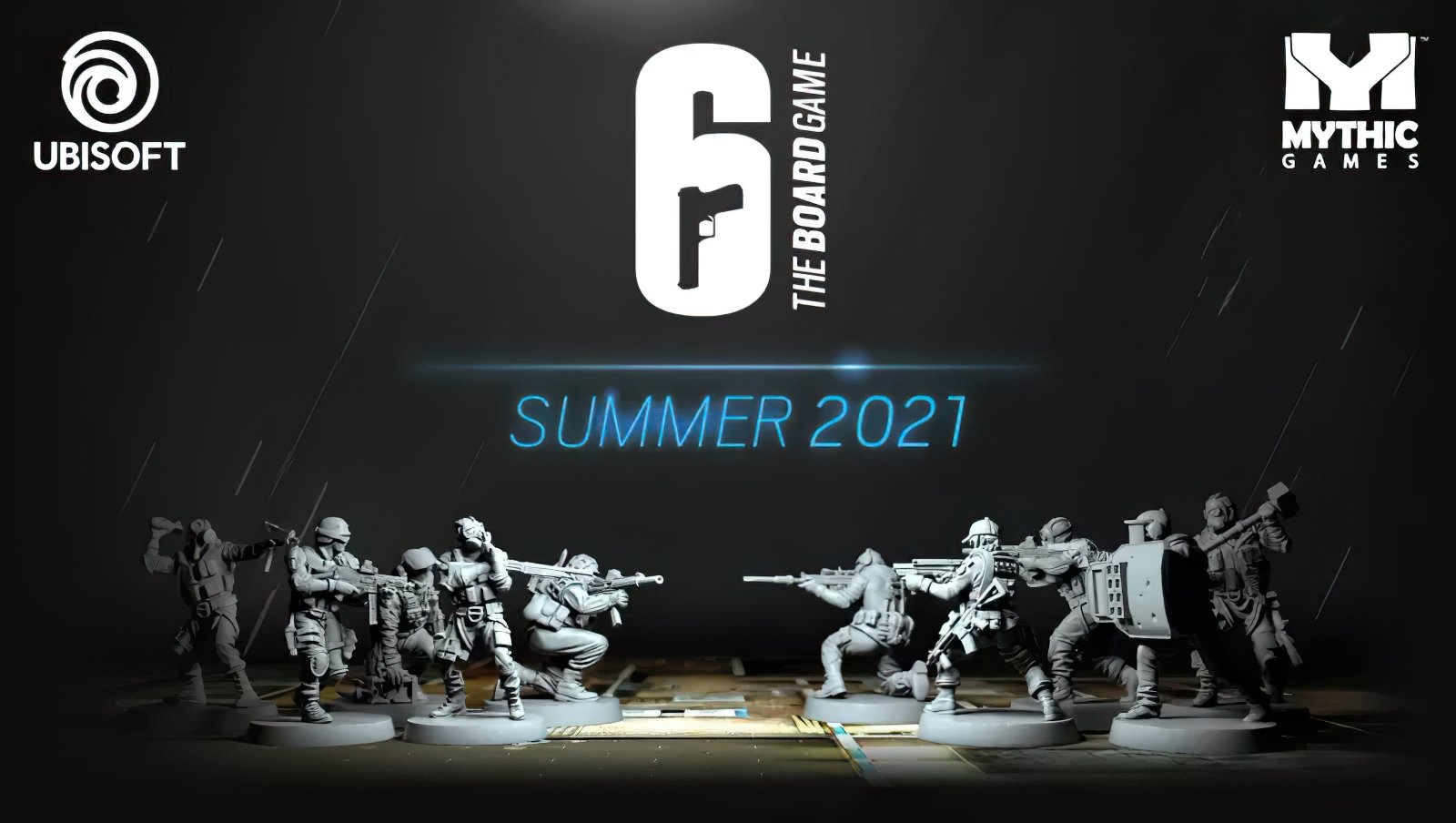 We have discussed board game adaptations of video games several times on the blog in the past- including board game versions of Contra and Stardew Valley to name a few- and the latest gaming series to warrant a board game equivalent is Tom Clancy’s Rainbow Six: Siege.

The game- called 6: Siege- The Board Game– will be a “tactical 1-on-1 shooter” based on Ubisoft’s FPS series and as is receiving a Kickstarter which will be opening soon. The creators behind the project are Mythic Games– a well-known board game publisher who have worked on games such as Solomon Kane: Puritan Pledge and Super Fantasy Brawl: Force of Nature. Mythic Games go into detail as to how their partnership with Ubisoft came about- as well as the development of the board game and why they made the decision to publish the game via Kickstarter- on their website here. Check out more info on 6: Siege- The Board Game below and to be notified of the launch of the game, head over to the Kickstarter page here.

6: Siege – The Board Game is a one-on-one tactical shooter with miniatures. The game is predominantly for 2 players, but also supports 3 or 4 players through a dedicated mode. Manoeuvre different operators from Team Six and play as the attackers or the defenders. Shape the battleground to your advantage: breach walls to create openings, use the upper floor to circle around the map in a quick fashion, and plant deadly gadgets for your adversaries to encounter. Create diverse and asymmetric teams and live the tension of the battle with real-time gameplay!

Exquisite gameplay: With asymmetrical roles, cinematic action and tactical gameplay, 6: Siege – The Board Game is an easy-to-learn, hard-to-master kind of game with a very rewarding learning curve.

Leaning operators: The iconic video game movement could not be absent from the board game! Open your line of sight, without sacrificing your cover.

Shape the map: In 6: Siege – The Board Game, some elements of the environment allow interaction. Tear down the walls and barricades!