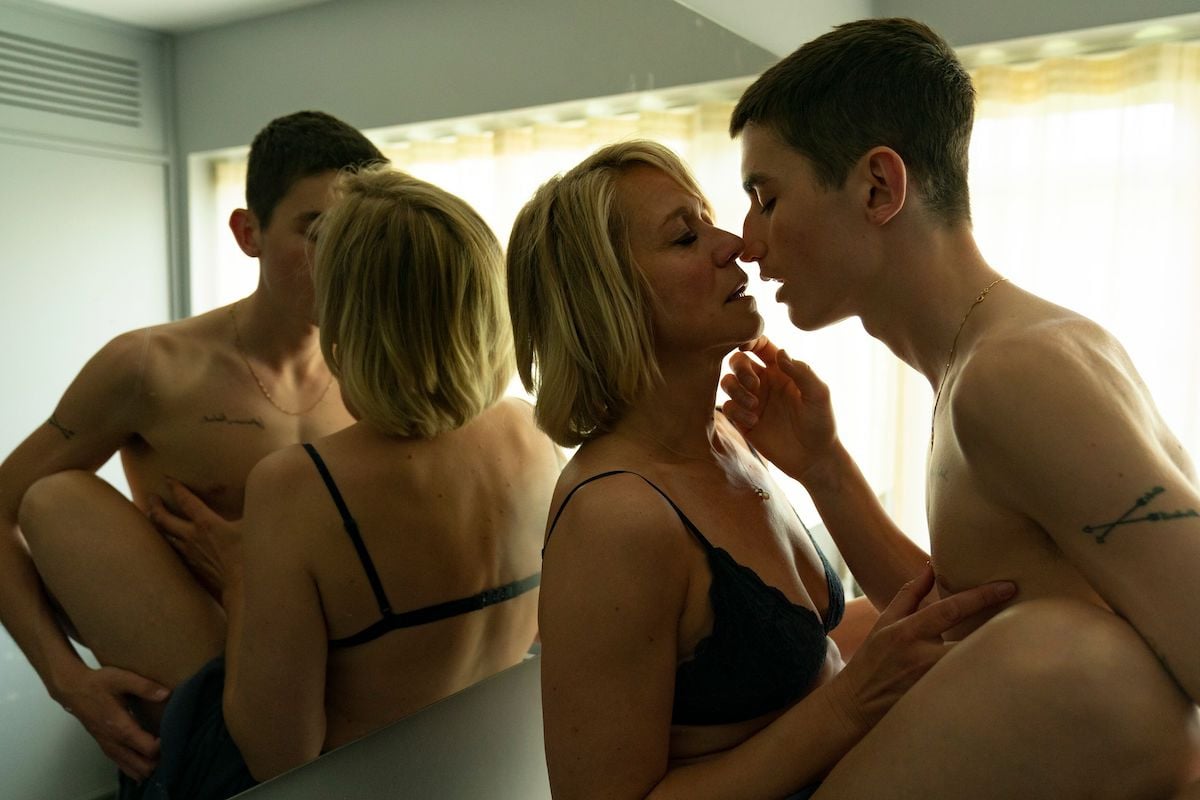 Queen of Hearts starts with a rather banal scene. Anne (Trine Dyrholm) walks through the woods with her dog. Her children are just outside her large, glass-heavy house. She goes inside, where her husband, Peter (Magnus Krepper), says police have called and he has to go. She looks outside at some barren trees, dramatic strings play, and the title credits come on; it’s a seemingly innocuous moment curdled into something far more ominous.

This opening salvo with something moody and dark hiding within the banality and reliability of a simple family scene (later revealed to be in the future) sums up the Official Danish Best International Film submission Queen of Hearts as a whole. This is a film of bad decisions, loneliness, and creaky moral boundaries, interrogating the mores of modern womanhood against the backdrop of supposed domestic perfection.

Our protagonist, Anne, is a lawyer who works with children who have been abused. She knows how to talk to young victims of rape and neglect, balancing a firm sense of what’s right with the necessary language to give these children hope. But she has difficulties switching from work to home, unable to give her twin daughters the affection they deserve. One way for anyone to switch off and focus on life outside of work, of course, is to engage in some form of intimacy; yet, her hypocritical, workaholic doctor husband has little time to give her any attention in the bedroom.

These shifts in tone reflect the film’s queasy study in shifting sympathies, making Queen of Hearts a modern morality play baked in typically Scandinavian seriousness. Is Anne simply engaging in a harmless affair, rediscovering her long-dormant sexuality? Or is the age difference simply too far? With echoes of both The Hunt (2012) and the women-focused sex-dramas of Lars von Trier, it is sure to provoke a mixture of praise for its brazen female sexual gaze, and eventually disgust for where this gaze finally takes us.

Most of us assume that we are good people, even as we are engaging in less than savoury activities. It may look bad to people on the outside, but we have our reasons. The ever-reliable Trine Dyrholm turns in another mesmerising performance here, balancing her own lack of sexual self-confidence against her outwardly authoritative presence as a lawyer. Even if we cannot agree with what she does, Dyrholm successfully conveys her character’s complexity, making her sympathetic throughout. But just as we can never judge ourselves objectively, we can never know the ultimate effect our actions may have on others, especially in a dynamic such as this, leading to some bitter results.

Queen of Hearts asks the viewer to never make assumptions, to think outside of clichés, and to really dig deep into the true heart of the matter. Director May el-Toukhy knows she has strong actors and a strong screenplay here, employing minimal tricks to just let them get on and really chew into the material. While unlikely to make it into the final Oscar shortlist, Queen of Hearts deserves a lot of credit for its utter brazenness and steadfast commitment to its difficult premise.

Reality Gets Weird in the ‘WandaVision’ Trailer