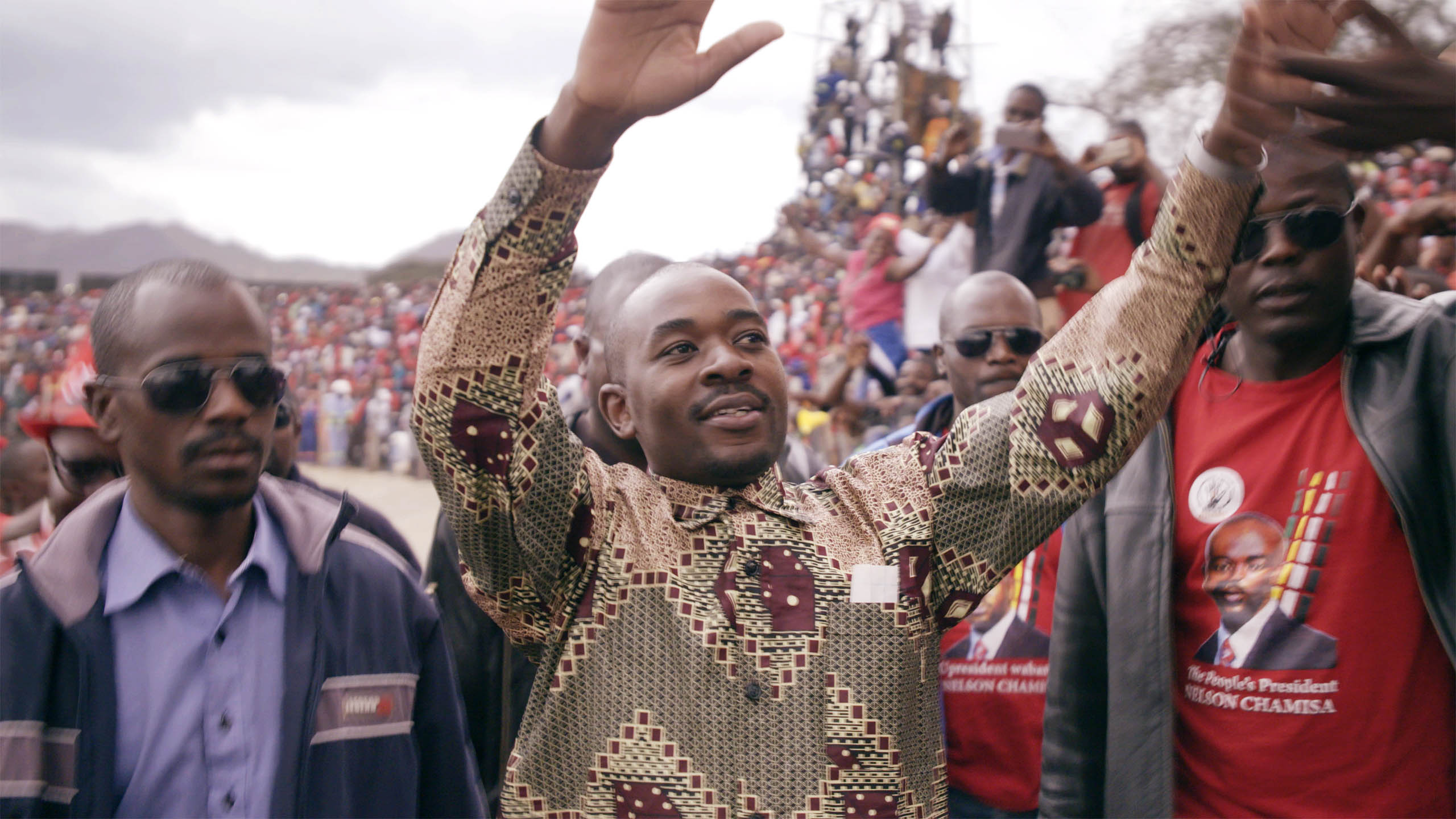 In 2017, Zimbabwe’s President Mugabe was ousted from power and tendered his resignation after a military coup led by his Vice President, E.D. Mnangagwa. President details the following year’s election process as Nelson Chamisa leads the opposition party and attempts to defeat Mnangagwa in a free and fair election. Camilla Nielsson’s documentary is exhaustive and thorough in its approach, portraying the 2018 Zimbabwean election in a way that resonates with other countries that have faced similar election rigging and corruption. Infuriating and tense, President bares it all to show the lengths those in power will go to maintain control.

While lengthy in its depiction of the election process, Nielsson spares no expense when emphasizing the importance of a free and fair election to Zimbabwe. After almost 40 years of rule by Mugabe, the 2018 election serves as a potential turning point for change in the country. The illusion of democracy has been a mainstay as Mugabe held elections every five years only to win every time, and now all eyes are on Chamisa and the MDC Alliance to take power through a fair electoral process. With the promise from Mnangagwa that international media will have full transparency of the process and that whoever wins will have won fairly, President sets the stage for one of the most gripping documentaries. It does not disappoint.

The stakes couldn’t be higher and that’s what makes every small hint of election rigging all the more frustrating. For a fair and transparent election, Chamisa faces every obstacle that can be thrown at him. Nielsson doesn’t even have to do much to drum up emotions because every public-facing move by Mnangagwa ends up being broken down and analyzed by Chamisa’s team, leaving no doubt in the viewer’s mind of why Zimbabwe’s election is so fascinating and important. With unprecedented access to virtually every conversation between members of the MDC party, Nielsson is able to capture the election as it happens, all the way down to the post-election process.

This is what ultimately makes President a difficult watch as reality does not reflect what is happening behind-the-scenes. Instead, the film demonstrates how powerful men maintain that power within a system that is supposed to prevent that kind of abuse. More interestingly is the realization that someone who has served under a President for so long who uses violence as a suppression technique, would ultimately subscribe to the same tactics to ensure control. There are so many fascinating ideas explored from the emptiness of being President when you weren’t elected, to the way elections can easily avoid scrutiny if the right mental gymnastics are done to nullify factual evidence.

There’s very little left to the imagination by the time Nielsson’s President concludes, as every piece of evidence of corruption is elaborated upon and casually thrown aside as inconclusive by the leading party. Party platforms are not even discussed much, nor the candidates as people – instead, it’s the system itself put under scrutiny. While it can occasionally drag in spots, that can be attributed to how much the film needs to hammer home that what is happening is not only unjust, but also illegal. Even in its most repetitive moments, President feels vital and presents itself as such by merely documenting a process so often mired in secrecy.