Out of all the shows resuming their fantastic storylines in 2017, none will be capable of filling the void left by Please Like Me. Forget the zombie apocalypse, the journey of an heiress robbed of her throne, or even the president whose priority is his own legacy. This year has nothing to offer quite like the most unique and quirky Australian show in recent memory.

Based on the life events of writer and star Josh Thomas and his friend/co-star/occasional co-writer Thomas Ward, Please Like Me is a unique light comedy that, despite receiving several awards, didn’t reach the level of popularity it deserved. With each episode named after something digestible, the show follows a small group of friends in their early-to-mid 20’s as they struggle with most things every 20-something goes through, such as the inevitable awkwardness of dating, dealing with a manipulative girlfriend that no one likes, the death of close relatives and adorable pets, and even a depressive mother and her complicated mind.

Unfortunately, the show’s premise turns out to be repulsive for some viewers, with Claire (Caitlin Stasey) breaking up with Josh’s TV alter ego in the first minutes of the very first episode because of his homosexuality, something that not even Josh himself is entirely aware of. The immediate exposure, and the fact Josh is the primary protagonist may turn off viewers who want nothing to do with anything explicitly gay, but anyone who has seen the show would suggest giving it time. Unlike other gay shows, Please Like Me doesn’t try to be edgy or sexually progressive. Instead, while being a refreshing and accurate depiction of gay life in the 2010’s, it counts on straight characters and a multitude of other topics to deliver relatable and realistic stories.

Whether it’s Josh or Tom (Thomas Ward) in peril, Please Like Me is generally accessible no matter the viewer’s gender or sexuality. There are situations that only gay or straight people can relate to, such as the idea of having something up your bum, but for the most part, what the cast goes through are things most people experience sooner or later in their lives. For instance, the obnoxious and pitiful Niamh (Nikita Leigh-Pritchard), Tom’s girlfriend and “fuck buddy” in the first and second seasons respectively, is the kind of person most people have met at one point or another: obnoxious, unwelcome, always trying too hard to impress those she steps on. Josh’s boyfriend in the third season, Arnold (Keegan Joyce), at first plays incredibly hard to get due to his mental condition, and later becomes so comfortable that he suggests an open relationship, an idea that usually crosses the minds of many couples whether they are gay or not.

The show’s most interesting facet, however, is its approach to mental illness and mortality. In the first episode, Josh’s mother (Rose, played by Debra Lawrance) attempts suicide, and throughout all four seasons her mental health is a pivotal plot point. Through her, the audience is introduced to a secondary cast comprised mostly of depressive, bi-polar, and anxious people who provide a unique insight into such issues, one the media rarely explores in such a humane way. Beyond that, the death of recurring characters (and even adorable pets and roosters) raises questions regarding mortality, as well as the social aspect and ethics of grieving.

On top of everything, it would be a horrendous crime not to mention the incredible actors that breathe life into the colorful characters. Even the seemingly most simple are portrayed naturally and beautifully, with inspiring performances by cast members such as Renee Lim (Mae) and David Robert (Alan) punctuating funny and thought provoking scenes. The performers have a great dynamic, which reflects on how the characters interact, and whether they are smiling and laughing, crying or screaming, and fighting. How natural every line comes out and how possible situations seem are elements that are hard to find in other TV shows, even ones with renowned writers, directors, producers, and actors, in part because those casts don’t have the exact level of chemistry necessary for some scenes. 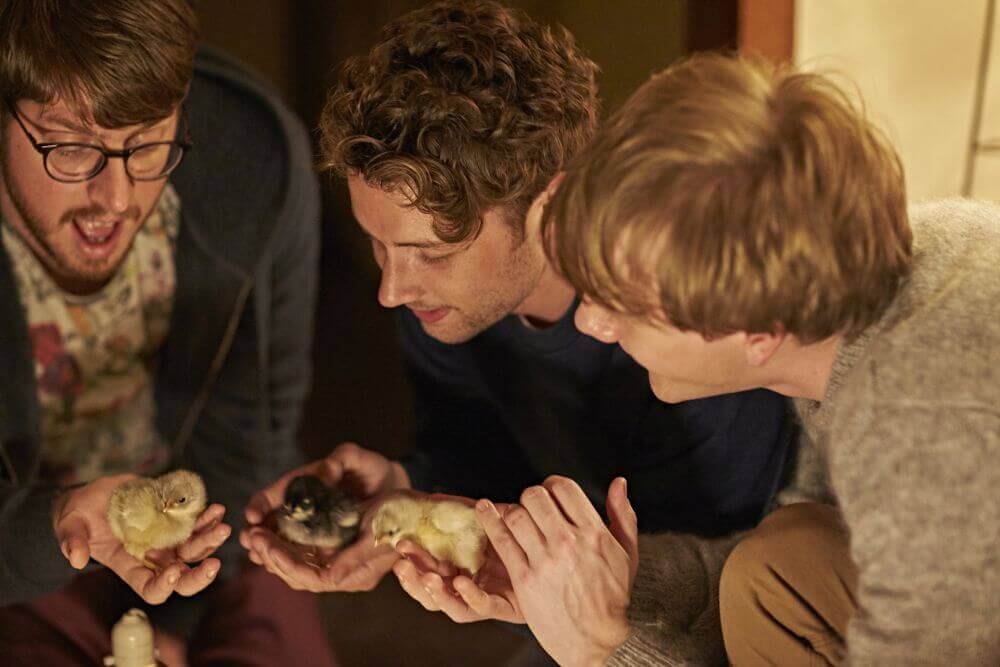 Wrapping up with four seasons, Please Like Me is a rollercoaster of emotions, with just the right amount of everything in each episode. The last season, which finished airing late last year, ends with the perfect tone. The storylines feel resolved, and some of the most relevant plot points come around full circle, leaving just as many loose ends as life itself. The show went out in great style, but there’s no denying that its charisma and uniqueness will be greatly missed.