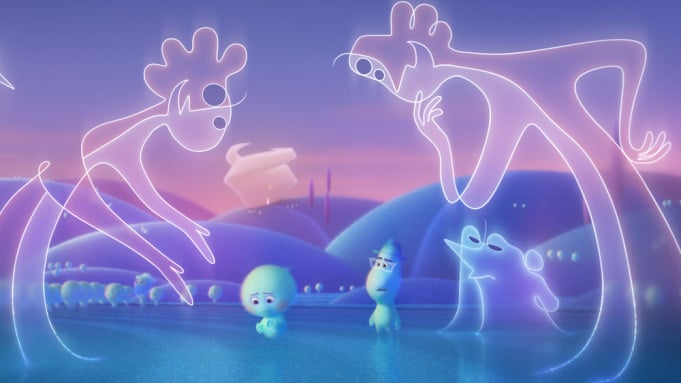 Here’s a little personal fact for any frequenters of the blog out there (if you exist): one of my dreams when I was a kid was to become an animator. I loved to- and still love- to draw and it was what I always wanted to do. I’m often watching videos of animators and the animation process and the most recent one I happened upon was pretty funny but also a great example of how animators are able to perfect the facial expressions for their characters.

Pixar animator and Twitter user Tarun Lak- who has worked on the likes of Soul, Onward and the upcoming Luca from Pixar as well as Sony’s Spider-Man: Into the Spiderverse and Laika’s Kubo– posted a video showing his reference work for a particular scene from Soul with 22 attempting to say “hiero”- as per her teachings from one of her (many) mentors: famous Italian mathematician and inventor Archimedes. This is a scene where the characters are particularly expressive and so Lak posted how he went about animating it. The video shows him acting out both characters with highly expressive and animated movements as he does so. Animators will often have to act out scenes and film themselves doing so as a reference. I still remember watching a documentary on the very first Toy Story movie and seeing the animators walking around with planks of wood glued to their shoes to get the correct movements for the army toy soldiers. This is very much reminiscent of that, except the focus is the facial expressions rather than the body movements. It’s awesome to see the different kinds of work that goes into creating animation. Turns out that acting is a skill set that the animators also have to have.