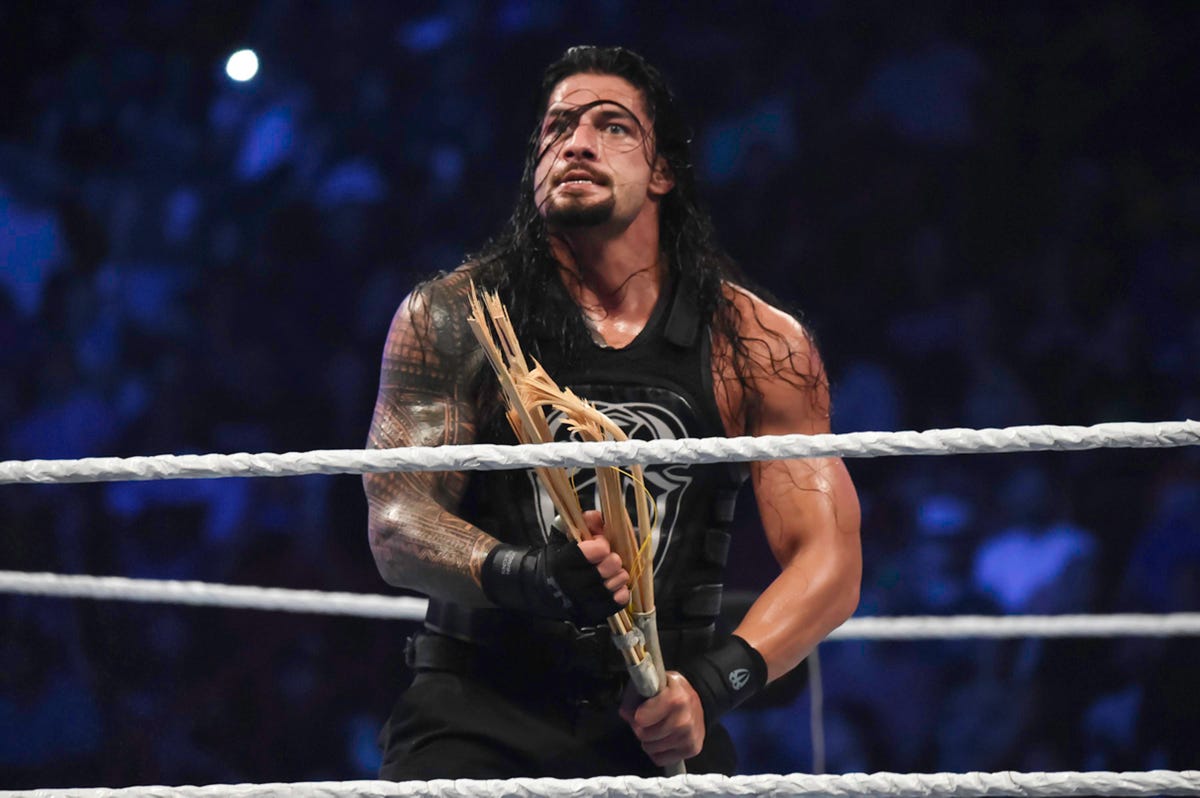 Reputedly, there was originally talk of having SummerSlam 2020 be a two-night event similar to WrestleMania 36. That morphed into Payback. With only a week of buildup for the event, there was only one episode of Raw and one episode of SmackDown to set the matches up.

As such, fans were left with a rushed Paypack pay-per-view to enjoy. Some matches were fallout from SummerSlam. Others were continuations of longer-running stories. Many of the Payback matches just felt like bouts that didn’t make the cut for SummerSlam.

It’s hard to argue that there wasn’t enough time to really get the card in place or build any hype. Still, there were actually some decent matches that might help build storylines into the next WrestleMania. Well, assuming creative plans stay in place at WWE for more than a week or two.

Unfortunately, several of the same big names who were missing from SummerSlam were also missing from Payback. Once again, Intercontinental Champion Jeff Hardy, SmackDown Tag Team Champions Shinsuke Nakamura and Cesaro, and A.J. Styles were all inexplicably absent from the event.

The Riott Squad vs The IIconics

Four of the most underutilized women’s wrestlers in all of WWE turned out a solid tag team match on the pre-show. WWE broke up The Riott Squad on Ruby Riott’s return from double shoulder surgery with zero plans for any of the team’s members.

Well, that’s not completely true. Liv Morgan had an angle in the Lashley/Lana/Rusev love triangle that was forgotten about immediately. And WWE fired Sarah Morgan as part of Black Wednesday. Honestly, Logan seems a lot happier these days.

Without anything else for them to do, WWE reformed The Riott Squad with Liv and Ruby. This has led to a decent feud with The IIconics. The Riott Squad won their match tonight, which will hopefully launch them into a feud with the Women’s Tag Team Champions.

Much of Apollo Crews’ reign as the United States Champion has been defined by an ongoing feud with The Hurt Business. MVP, Lashley, and Shelton Benjamin have all taken their runs at him. Each time, Crews has found a way to come out on top.

Unfortunately, Apollo’s luck did not hold out and Bobby Lashley became the US Champion for a second time. It wasn’t as dominant a match as you might have expected. Apollo gave Lashley as good as he got, putting on a decent bout.

The end was interesting. While The Hurt Business celebrated, Apollo attacked them from behind, vowing to regain his championship. It was an unexpected move that definitely shows their feud isn’t over and might mean Apollo’s long-rumored heel turn could finally happen.

With Kofi Kingston kayfabe on the shelf and Xavier Woods legit on the shelf, Big E is finally on a singles run. And without having to break The New Day up. It’s important to note that he has already been both the NXT Champion and the Intercontinental Champion, though that seems like a lifetime ago, now.

A big part of these early stages has been re-introducing himself to the WWE Universe as a singles competitor. This has included feuding with The Miz, both in the ring and on Talking Smack, John Morrison, and, most recently, Sheamus.

It was a great match featuring two top competitors facing off. Big E came out on top. A win over a former champion like Sheamus was exactly what Big E needed to push him towards the Universal Championship scene. That is something fans have been wanting for him for years.

Matt Riddle’s call up to the main roster definitely garnered WWE some heat. It happened in the midst of the #SpeakingOut allegations against him. While Riddle’s specific story seems to have more twists and turns than anyone could have predicted, there were some real-life issues that came out of it.

Specifically, Riddle admitted to cheating on his wife. King Corbin brought that fact into their feud via Twitter just before their Payback match. Given the real family heat surrounding that situation, bringing it into a kayfabe feud wasn’t necessary at all.

Regardless, Corbin and Riddle had a decent match that was exactly what you would expect it to be. Riddle came out on top, continuing his build on SmackDown. Corbin jumped him backstage, setting up the continuation of a feud few fans are invested in.

Bayley and Sasha Banks, aka The Golden Role Models, have been on fire for the past few months. At one point, they held all the gold available to them on Raw and SmackDown. The last week has not been particularly kind to them, though.

Both members of The Golden Role Models took on Asuka in separate matches at SummerSlam. They each defended their respective singles championships against Asuka. Bayley retained her belt with Sasha’s help. Sasha lost her belt when Bayley did not intervene.

At Payback, the duo was then put in the position of defending their Women’s Tag Team Championships against Shayna Baszler and Nia Jax. Unsurprisingly, Baszler and Jax came out on top. Pity any tag team who tries to take those belts away from them. Best wishes to The Riott Squad.

This was a key match for Baszler as it was her first main roster gold, not to mention a big pay-per-view win. It was also likely the final nail in the coffin for The Golden Role Models. The next step is a feud between Bayley and Banks over the SmackDown Women’s Championship.

It wasn’t that long ago that fans were afraid WWE was sleeping on Keith Lee. The high profile prospect seemed to be slipping between the cracks in NXT. It wouldn’t be the first time that had happened to a great NXT signing.

Then, he made a huge impression at both the Survivor Series and Royal Rumble. The Limitless One would go on to make history as NXT’s first dual champion, holding the North American Championship and the NXT Championship at the same time.

After vacating the North American Championship and losing the NXT Championship to Karrion Kross, Lee made the jump to Raw. He immediately found himself in the mix with Randy Orton, who he subsequently defeated at Payback.

Having your first pay-per-view appearance as a member of the main roster be a victory over the likes of Orton is a massive deal. It bodes well for Lee’s future in WWE. That being said, changing his entrance music was an inexplicable choice on the part of WWE.

The Mysterios vs The Greater Good

Dominik Mysterio’s first WWE match ever was against Seth Rollins on SummerSlam. That’s a lot of pressure for anyone, let alone a rookie. But fans and critics overall seem to agree that Dominik delivered, though he does have some more development to do.

Payback had a follow-up tag team match that featured Rey and Dominik taking on Seth Rollins and Buddy Murphy. Reputedly, a big part of the reason Rey stuck around WWE was to tag with Dominik. Much to the chagrin of the Monday Night Messiah, the Mysterios got the win this time.

Specifically, Dominik got the pinfall over Murphy. It was a huge moment in the young superstar’s career. Even more important, someone finally took that annoying hood off of his ring gear. This should have been the end of the feud but it looks like it’s continuing on Raw when Rey and Seth face off.

In typical WWE fashion, they continue to piss away a good thing. “The Fiend” Bray Wyatt is one of the hottest acts they have. His first reign as the Universal Champion ended in idiotic fashion when he dropped the belt to Goldberg of all people. Payback proved they have not learned from their mistakes.

Doubling down on the big return, it was revealed on the go-home episode of SmackDown that Reigns was now working with Paul Heyman. This indicated an immediate heel turn for Reigns, which he tripled down on at Payback by winning the Universal Championship in the most dubious way possible.

Even after all of these years, WWE still has not learned that Bray Wyatt equals money. Fans love him and they love seeing the belt on him. Ending his title reign after a week to further Roman’s heel turn will prove to be a mistake in the long run.

The only positive that could come out of this is “The Fiend” chasing Roman for the title. Being in the cross-hairs of ‘The Fiend” is an uncomfortable place to be in. The bigger issue for Reigns might be what happens when Brock Lesnar returns and Heyman shows whose side he’s really on.

‘12 Minutes’: An Immersive Indie Thriller That Traps you In a Timeloop