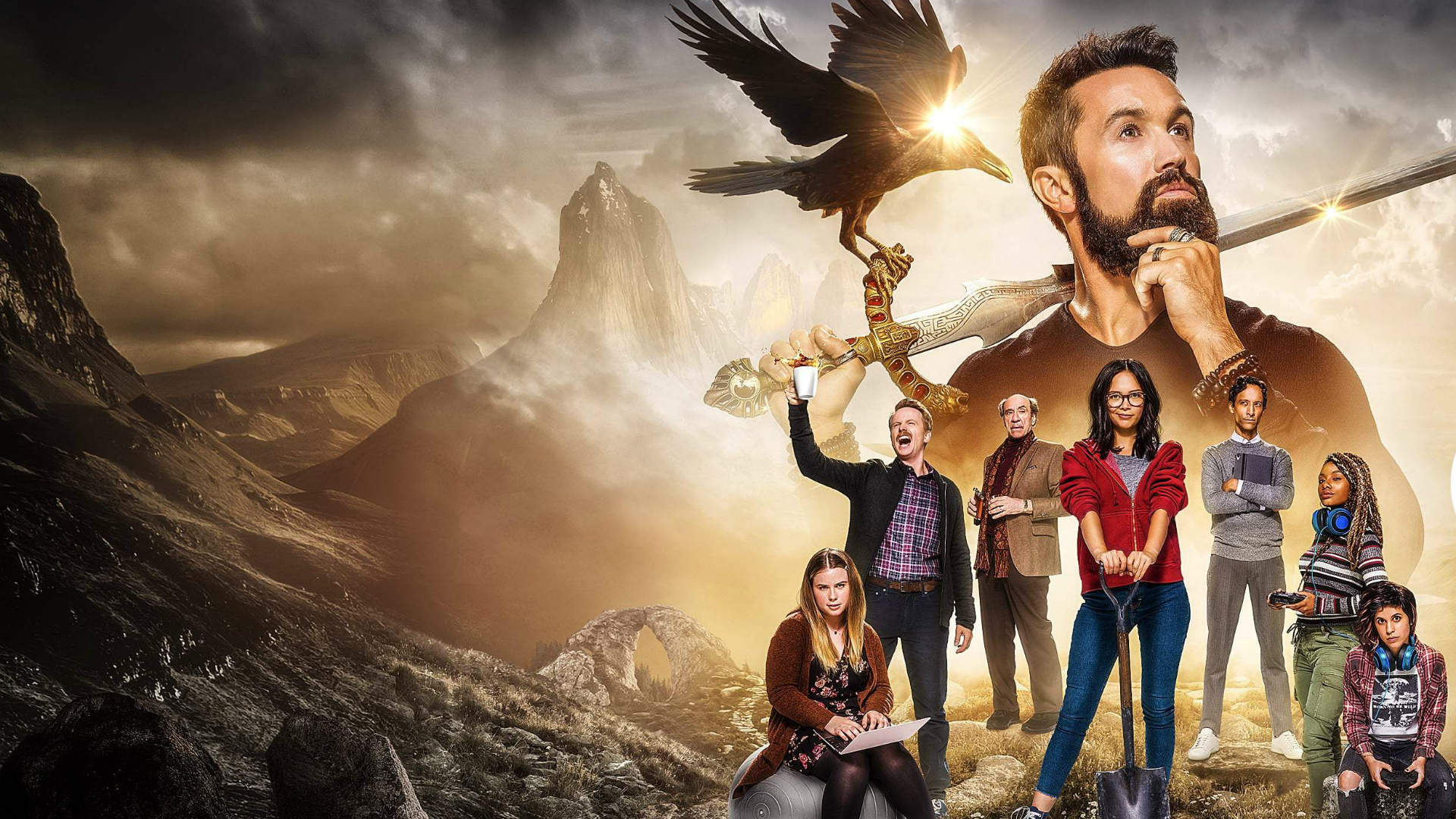 From the very start, Mythic Quest: Raven’s Banquet had a bold task ahead of it: take the relatively marginalized medium of gaming and represent it for a mainstream TV audience. Going off the first episode, which received an early screening at PAX South this weekend, the result is something of a mixed success. This Apple TV exclusive suffers some pacing issues and sometimes struggles to rise above the stereotypes of the typical office comedy, but at the same time, it manages to represent a wide view of gaming culture for mainstream media, offering a unique setting that allows it to rise above its shortcomings.

Mythic Quest follows Rob McElhenney as Ian Grimm (perplexingly pronounced Eye-an), the creative director of the world’s most successful MMORPG, the eponymous Mythic Quest. This cultural phenomenon is about to receive its first major DLC pack, and just before launch, the development team breaks down into conflict over one major issue: the inclusion of a shovel.

The lead engineer, Poppy (Charlotte Nicdao) is in support of the shovel’s inclusion as a new game mechanic, while Ian is insistent that it conflicts with his artistic vision. This conflict grows to a massive scale, to the point where it involves the entire game studio by the end of it. Each member of the development team has their own perspective on the matter, and their own personal storylines to go along with it as well.

The first episode of Mythic Quest may only be a half-hour long, but it stuffs tons of subplots into that brief runtime. And with so little time to work with, most of these side stories are left largely undeveloped, with most characters remaining little more than caricatures and stereotypes. The episode rushes from one subplot to another, and although this is likely a symptom of this being the first episode in the series, that doesn’t change that the pacing could have felt more natural.

That all being said, the main appeal of Mythic Quest is its setting of the world of game development, which it aims to legitimize in mainstream media. McElhenney even acknowledged as much himself in a Q and A following the screening, mentioning how gaming is often relegated to the butts of jokes and is rarely taken seriously – except when it can be sued as a political scapegoat. Mythic Quest thus addresses many of the hot topics of the industry, including crunch time, playtesting, artistic differences, toxic content creators, and the tendency of gamers to make penises in their games whenever possible.

It’s these vestiges of gaming culture that help Mythic Quest stand apart from the crowd of typical workplace comedies. It includes jokes based on full-motion video modeling, on faulty character animations, and a running gag about an immature, potty-mouthed streamer, to name a few. It’s a unique setting that appropriately allows for unique humor.

On its own, Mythic Quest is filled with stereotypes. Ian is the pretentious, self-obsessed boss, Poppy is the sensible yet underappreciated one, and so on. Yet it is the setting and the context for these stereotypes that breathe new life into them. Gaming is essentially a new frontier for mainstream comedy, so it’s refreshing to see these old tropes in a new light.

Following the screening, McElhenney stated that Mythic Quest was intended to present the issues facing the games industry in an accessible manner for a popular audience. In that regard, the first episode is already a success. As a show on its own, it suffers from a handful of stereotypes and succumbs to some pacing issues, but hopefully, these can be patched out in the context of the full series. Mythic Quest certainly isn’t perfect, but considering gaming’s poor reputation in previous media, then it’s certainly a level up.