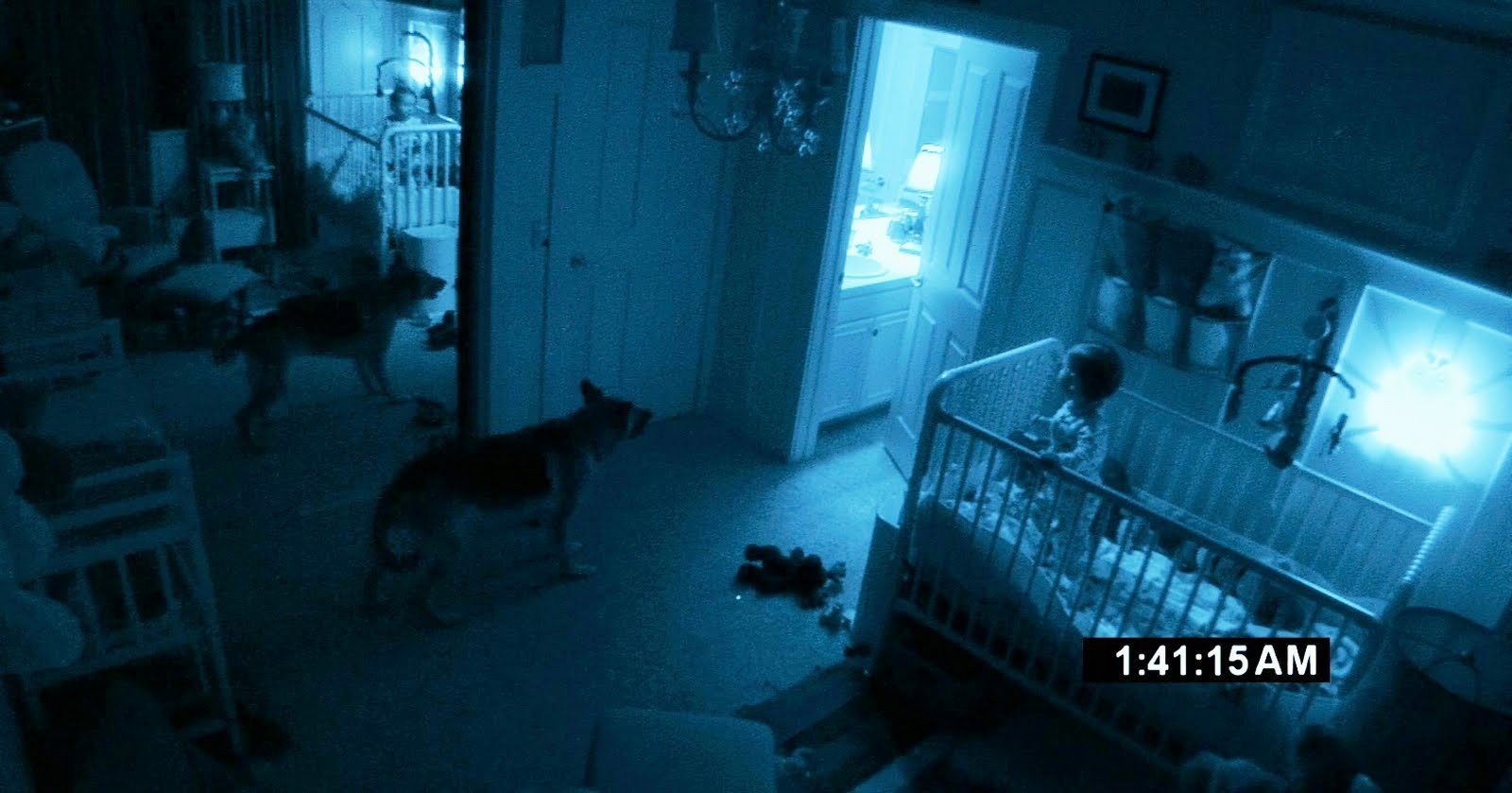 Less than a year after Paranormal Activity’s cinema release, the sequel came screaming into multiplexes with a marketing campaign that was unnervingly similar to its progenitors. Despite creator Oren Peli sharing producer and writing credits, a ghostly shadow of skepticism was cast over the ability of relative unknown Tod Williams helming the picture and it became increasingly likely that this would turn out to simply be another rushed, budget-inflated Hollywood cash-in sequel.

Well, I have no doubt that Paranormal Activity 2 was made at such a breakneck speed to rake in as much of the public’s money as possible off the back of its indie precursors’ surprise blockbuster earnings the previous year. But thanks to some genuine creativity and an obvious passion for the sub-genre, this turns out to be an impressive found-footage horror that not only manages to almost equal its original but adds layers to the mythos.

It would be irresponsible to give too much away about this film as it would be easy to spoil its handful of genuine and expertly timed scares and to ruin its simple twist of a premise. Suffice to say that we are focusing on a new family this time who are of course plagued by an unseen spirit. The key to the film’s success as a sequel lies in the fact that it manages to interweave its storyline into that of the originals in a surprisingly convincing manner.

The film itself however is almost a carbon copy of the firsts, albeit with a bigger budget and a bigger family. We’re now given a husband, a wife, a daughter, a dog, and a newborn baby to fear for and these extra characters help to ramp up the tension and give a slightly different flavour of fear to proceedings this time around, even if it is from the same palette. At the beginning of the movie, their house is broken into and in order to feel safe once more, they install security cameras around the house. This nifty little set up along with the oddly obsessive filming from husband and daughter means that there’s always plenty of angles to piece the film together from, far more so than in the original. Are any as persistently ominous as the iconic bedroom shot from the first? Not really, but we’re thrust into the action with numerous handheld shots when the scares are piling up and it’s a welcome addition that reminds us of just how much more terrifying a handheld found-footage horror film can be when used during the right peaks.

Sadly they felt the need to really push the ‘it’s real footage’ angle and we’re forced to wince at an opening thank you to the police department for letting the studio use the footage and constant blurbs on screen to inform us which night we’re at in the proceedings. It worked in the original since they were documenting the paranormal happenings on purpose. Here it feels forced and contrived.

Also, this reviewer must confess to not being a huge fan of the ending to the original and the sequel follows this style of proceedings faithfully. It doesn’t sully the built tension like The Last Exorcisms’ ending did, but it’s not as satisfyingly dark and malevolent as its crescendo would have you hope for.

But still, these are small niggles. Generally, Paranormal Activity 2 is a successful sequel that proves to be one of the better entries in the sub-genre despite the slightly been-there-done-that flavour it leaves in the mouth.