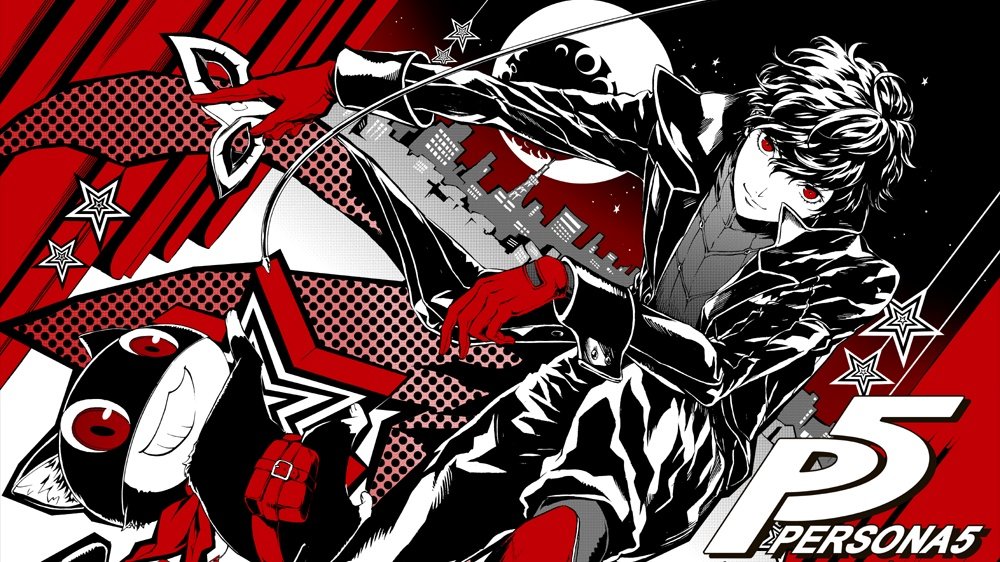 A Game of The Year Award nomination, one special appearance alongside Nintendo’s all-stars, being included in a 3DS Spin-off, an anime, and two side games harboring the same title along with an enhanced Royal edition. After less than five years since its initial release, Persona 5 has become an individual franchise within its parent series larger than any other Shin Megami Tensei or Persona entry ever made as it continues to break sales records and inject itself into history through various appearances in pop culture across the globe. Like the previous Persona entries though, Atlus has ultimately offered more than one way to experience the fifth game’s critically acclaimed tale. The Persona 5 manga by Hisato Murasaki is truly the best way to experience Joker and friends’ story outside of the original game — or at least the majority of it. Not only is it a recommendable manga by book standards, but it successfully acts as a fun companion piece for die-hard fans looking for more of the same of their favorite characters.

Outside The Mainline: Persona 5 by Hisato Murasaki

Beginning its run in September of 2016 shortly after the release of Persona 5, the manga is practically a direct adaptation of the Atlus title under the same name. Like the famed trickster who shows his rebellious spirit, though, Murasaki did not just slap Persona 5’s characters, story, and visuals onto a completely hand-drawn format. On top of adjusting the game’s visuals to accommodate for his own artistic stylizations at times, Murasaki had to practically reinvent Joker into a talkative protagonist with a defined personality while still remaining faithful to his original, silent version. He did all this while also ensuring that the game’s world and pacing would come off as coherent in a manga format. Luckily, in the same vein as the prior Persona manga creators who stepped into a difficult space of adapting a role-playing game into an entirely different medium, Murasaki succeeds in creating what is arguably the only other real way of experiencing Persona 5.

As the silent protagonist was forced to take a lead role in pushing the manga’s narrative forward, it was unavoidable to keep the character of Joker in an important position, although Murasaki does use the canonical name from the game’s director, Akira Kurusu. What is most admirable about Murusaki’s interpretation of Akira is how he manages to take him into the absolute utmost heroic direction the game can depict him in. While he can be quiet and defending at times, Akira is heavily portrayed as a teenager who believes in sticking to the right path. He is not one to let criminal activity go unpunished and still has some of his occasional quips. At his core, though, he is a heartfelt individual battling a rigged game of life.

Unlike the anime’s Ren Amamiya, Murasaki utilizes his Joker to an honorable extent as he attempts to dabble in the character’s distinctive dialogue options seen in the game. Right off the bat with the first manga’s volume, Murasaki is able to craft a genuine version of Joker that rightfully balances the character’s attributes reflective of the game’s social stats. In comparison to how Ren faced very few obstacles outside of fighting in the anime, Akira has trouble in his classes, problems with his relationships, a struggling public image in school, and most importantly leaves open reasons as to why exactly his friends are critical to his survival. Akira is given a clear goal to develop as a character through the completion of his rehabilitation and as the manga progresses he gradually becomes more charming, proficient, gutsy, kind, and even knowledgeable.

While the manga really nails the entire cast as a whole there is one exception that has not been completely done justice, at least depending on the page number. Morgana is not problematic but Murusaki’s depiction of the character has given him a more stern look that almost feels slightly contradictory to the source material. Rather than adopting the cute and cuddly physical traits he always has embodied in the games, in the manga he can come off as a lot more fearsome and tough-looking because of his more uptight look. As stated before, there is nothing really wrong with Morgana per se — it’s not like he is drawn poorly, lacking a personality, or not aligning with his overarching story players know — but in comparison to his digital counterpart, the manga almost seems to make him out to be more mischievous and stronger than he really is. It is never a huge issue as at the very least the stylization of Morgana is extremely consistent, but it is nonetheless off-putting at first glance for some die-hard fans of the game.

On the topic of the artwork as a whole, Murasaki has beautifully adapted the red and black color palette of Persona 5 into the standard manga color print of white and black. From Joker and the personas to the boss battles and landscapes, everything is depicted exactly as you would expect it to be with its iconic perceptible quirks. Like the artist’s other works, Murasaki smartly utilizes color spacing to give off the same effects that the game’s core esthetics present across menus, gameplay, and even cutscenes. The culmination of everything together mostly feels like a mixture between the game’s hand-drawn scenes and its elegant user interface — exactly what fans likely want from the manga.

Depending on specific sections of the story, Murasaki also takes time to draw the Phantom Thieves from the perspectives of others through a light-hearted yet stereotypical tone that always works. One of my personal favorite examples of this is when Akira first enters Shujin Academy and begins eavesdropping on how everyone expects him to be. It is such an odd scene that stands out from the rest of the first volume’s art yet it excels in proving its point.

With a story, characters, and art to barely complain about, everything seems perfect for the Persona 5 manga, but of course, that sadly is not entirely the case. What is by far the Persona 5 manga’s greatest fault is its release and less of a focus on action — but this can also be considered an accomplishment. Due to the volumes being adapted by one man and releasing on a chapter basis, the manga has been in development since Persona 5 debuted but has made little progress in hindsight when it comes to completing the overarching story it contains. As the manga is wrapping up on Futaba Sakura’s Pyramid Palace and just making its way to the Okumura arc of the game, it is abundantly clear that the series will likely not be closing the door on its first major overarching story arc for quite a while.

However, this also gives the manga a way to flourish from Joker and the gang’s various other forms of media in terms of long-term appeal. The manga is not in a place where its legacy will be completely tied to the original release of Persona 5. Due to the amount of time that has passed since it began, the manga now has room to explore elements from the game’s Royal upgrade and possibly even its sequel Persona 5 Strikers. In fact, the manga has already given recent introductions to both Kasumi Yoshizawa and Dr. Maruki and although the former’s first appearance heavily differentiates from the game, her landing still manages to fit perfectly into the current story while not standing out as an interruption.

The major benefactor out of all this, however, has to be the story’s overall pacing, but that also just simply has to do with the medium of entertainment audiences are consuming here. While the anime adaptation was forced to deal with strict time constraints as it plowed its way to the finish line in a mere 28 episodes consisting of about twenty-two minutes each, the manga generally gives each palace arc two volumes to breathe with a total of nearly 400 pages. With that much room to adapt each new phantom thief’s story and their respective palace arc, no one has so far been given the short end of the stick as they have been given enough time to develop themselves.

Unfortunately, the manga is certainly lacking in the action sequences department, but for arguably good reason. The drama and character development heavily overshadows the flashy fight sequences players would expect to constantly find after playing the game, at least in some of the earliest volumes currently available. Murasaki has evidently put a strong focus on the moral complexities and relationships within Persona 5 over all else, yet that is never a negative. It may be upsetting how little action the Phantom Thieves actually get involved with as they travel through the palaces and mementos, but as most readers will agree on, fight scenes are always a novelty to break things up or push conflict towards conclusion. The action is far less important than seeing how both the heroes and villains grow, and luckily the Persona 5 manga knows how to develop its cast as Akira continues to make new friends and build upon the relationships he has with his growing team.

The Persona 5 manga may not be complete in its current state, but that should not leave it to be disregarded by fans of the original game or perhaps even newcomers looking to experience the story of the Phantom Thieves of Hearts outside of a one hundred hour-long JRPG. As Hisato Murasaki continues to push forward in his black and white adaptation of Persona 5, there is absolutely no doubt that the creator’s vision will inevitably become the second-best way to experience the modern Atlus mega-hit in the future. Assuming we include Persona 5 Royal’s third semester, we may only be at the halfway point of this manga’s run. Despite how much Persona 5 content has been released since the original game’s debut, nothing has derailed the manga from being something not to look forward to. It gradually has become more engaging over time as it continues to reintroduce everyone’s favorite heart stealers in a physical format.