Marlon Brando stars as an ex-bruiser in On the Waterfront

On the Waterfront is, on its surface, a modest story of a working-class warrior going from a figurative hero to a literal one. However, the film surrounding it is not satisfied with just being one thing; it is a parable and a social exposé and a rich character study. Director Elia Kazan, himself a complex and perhaps damaged individual, specializes in explicating complex and damaged characters: the capricious Blanche DuBois of A Streetcar Named Desire, the obsessive Wilma of Splendor in the Grass, and the obsequious Cal of East of Eden. Here, the multifaceted fulcrum is a hyper-masculine archetype: the sensitive lug. In fact, Kazan’s greatest characters exhibit a unifying trait–their want, nay, their necessity, to be loved.

Marlon Brando’s Terry Malloy, an ex-bruiser in the ring who now pulls full-time stevedore duty down at the docks and part-time duty as a lackey to Lee J. Cobb’s slimy union boss, Johnny Friendly, finds himself in an untenable position after he leads his buddy to his death at the hands of Friendly’s goons. Crestfallen, Terry tends to his dead pal’s pigeon coup, a pointed metaphor for his posthumous reputation as a stool pigeon and for Terry’s unyielding guilt over his death. Terry’s dilemma is almost entirely external–the threat of tarnished credibility, broken limbs, or worse. He is a man with little self-awareness, either too eager to please or dumb enough not to recognize how he is being manipulated. When he does wise up, he recounts the tale of how he took a dive in the ring so his brother could score a bet, a dive which cost him his boxing career, his last chance to be a “contender” not just in sport but in life. Some men only absorb their environment externally through work, sport, or drink. Terry is one of those men, more of an average working Joe than a ponderous thinker. Fortunately for the movies, ponderous thinkers very seldom make compelling protagonists.

For self-reflection, Terry receives two angels: Karl Malden’s tough-as-nails Father Barry and Eva Marie Saint’s delicate flower Edie, the sister of Terry’s dead friend. Each vies for the soul of this man, who, as impressionable as he may be, has the capacity to become not just a straight and narrow person but a symbol of unflappable resolve.

Marlon Brando the actor, like Terry, was just as malleable, a lion of a performer who could exude noble masculinity while still retaining a patina of vulnerability that made him almost adolescent in his mannerisms. His improvisation is sharp and his discovery of every little moment is sincere, as when he memorably puts on one of Edie‘s gloves when she accidentally drops it. But he was an actor whose subtlety was surprisingly broad, and who, in this film, and many others, was able to act with one foot in his scenes and one foot out, aware of his command of the screen and of the absurdity of a baby faced brute like him getting to command it.

Brando is almost a stand-in for Kazan, who named names during the HUAC hearings of the ’50s and spent the rest of his career atoning for it. If you follow that model, then the movie plays out like a pat wish-fulfillment fantasy, boisterous when weighed against composer Leonard Bernstein’s thumping overtones. But Kazan has deeper motivations, namely critiquing the unregulated and unchecked monstrosity of a city system. Like any institution in America, when operating fairly, unions can be a source of fighting strength for the little guy. When not, they can be just as ruinous and wrought with corruption and intimidation as the next broken system. On the Waterfront was made at a time when the working class, and even the lower class, was finally having their day at the movies when stories of the little guy could still be told without mawkish grandstanding or polemical tone-deafness.

Kazan and Brando carry a shorthand leftover from their iconic work on A Streetcar Named Desire. The artistic telepathy between the two serves the film in more ways than one, lending it an air of integrity when it comes to the lived in New Jersey locations, sophistication in the jarring shift from natural cinematography to the more expressionistic kind, and, in the central performances, dignity. Kazan’s devotion to deglamorization provides the story with the heft and weight of the real world, servicing it with an ending that does not resolve with acts of violence, but with a single act of defiance. It is the work of a director making his own statement–real heroes can be real people. 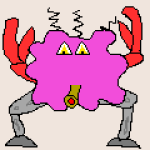 Shane Ramirez is a professional actor and videographer, as well as a budding filmmaker and novelist residing in San Marcos, TX. A life-long film enthusiast, Shane has written for everyonesacritic.net and examiner.com, and has produced his own short films. He is versed in the arts of cinematography, photography, and editing. His favorite directors are Andrei Tarkovsky, Terrence Malick, Christopher Nolan, Michelangelo Antonioni and Krzysztof Kieslowski. Contact Shane at [email protected]

Ranking the Films of Director Elia Kazan, One of the All-Time Greatest Filmmakers

What is Elia Kazan’s best Movie? Part One: Underseen Films Elia Kazan is one of my top five favourite American filmmakers of all time,...

‘Baby Doll’ – One of the Sexiest Films Ever Made

Two of Tennessee Williams’ one-act plays – Twenty-Seven Wagons Full of Cotton and The Long Stay Cut Short – are the basis for Elia...