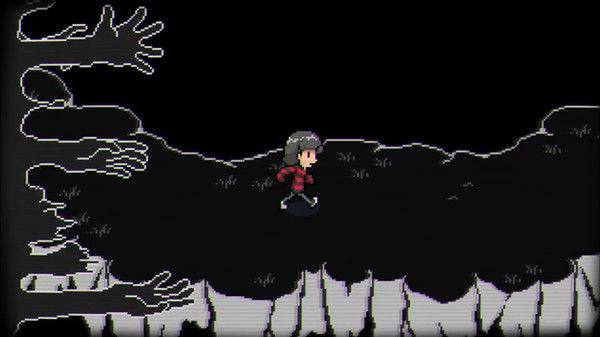 The role playing game genre in video games can often become an oversaturated market but recently there has been a rise in the re-emergence of old school style RPG’s that take us back to the early days of gaming as a whole and inject a whole lot of nostalgia in the process. I’m a pretty big fan of these, which is why the RPG I’m talking about today has certainly taken my interest: an indie game by the name of Oddventure.

Oddventure– from developers Infamous Rabbit and publishers Pineapple Works- is an RPG influenced by both the old and the new- such as the Earthbound series and the 2015 game Undertale– with retro, pixel art, turn based combat and various choices and characters. There is something incredibly charming about this classic style of video game and Oddventure definitely looks to be trying to encapsulate this.

Oddventure isn’t the only game trying to create a similar experience to that of the Earthbound/Mother series, with an indie game in development called Oddity also capturing attention for its RPG stylings. Oddity started out as an unofficial, fan made Mother 4 game, a sequel to the Earthbound/Mother series. However, the game eventually became its own creation and rebranded itself to Oddity. There isn’t a release date yet but I find it interesting that the developers picked a similar title to Oddventure for their own Mother inspired game. This is clearly a testament to the legacy of Earthbound/Mother and I just hope that both Oddventure and Oddity can capture the essence of what made the Mother series so iconic whilst retaining their own sense of individuality. The two even acknowledge each other due to their closeness, with the Oddventure Twitter account referring to Oddity as their “odd older brother” in the Tweet below sent last year. It’s great to know that such revered, older games are still acting as a source of inspiration for new and original content from indie developers.

Have a look at the official press release below for more information as well as Oddventure on Steam where you can download and play the demo for the upcoming game. You can also head over to the Kickstarter for the game– which will be launching on May 6th this year- to help support the games development process.

23/04/2021, Warsaw, Poland: Oddventure, by Infamous Rabbit, is going to be published by Pineapple Works on Nintendo Switch and PC in Q3 2022. Oddventure is a lore-rich turn based crazy JRPG set in a cursed fairy-tale world inspired by games like Earthbound and Undertale. With the cooperation of Pineapple Works, the developers are planning to launch a Kickstarter campaign on May 6th, 2021 to support the game’s development.

Oddventure is a JRPG where you play as Charlie – a nihilistic and rebellious teenage girl with anger issues and social awkwardness. Your search for troublesome younger brother Bonzo is also looking for a way back home. The setting for Charlie’s misadventures is the Kingdom of Luxia, a land taken straight out of original Grimm Brothers’ fairy tales with a dark, Nietzschean twist.

● Meaningful choices – EVERY decision matters, sometimes in the most unpredictable ways.

● The friendly JRPG where nobody has to die… but can. In a horrible way.

● Bitter-sweet comedy mixed with some coziness and dark humor

A free demo of the game is already available on the game’s Steam page.

About Infamous Rabbit: Infamous Rabbit is a professional carrot eater from Poland with a serious yet funny story to tell. Oddventure is his first project made from love to pixels, fairy tales, and odd jokes.