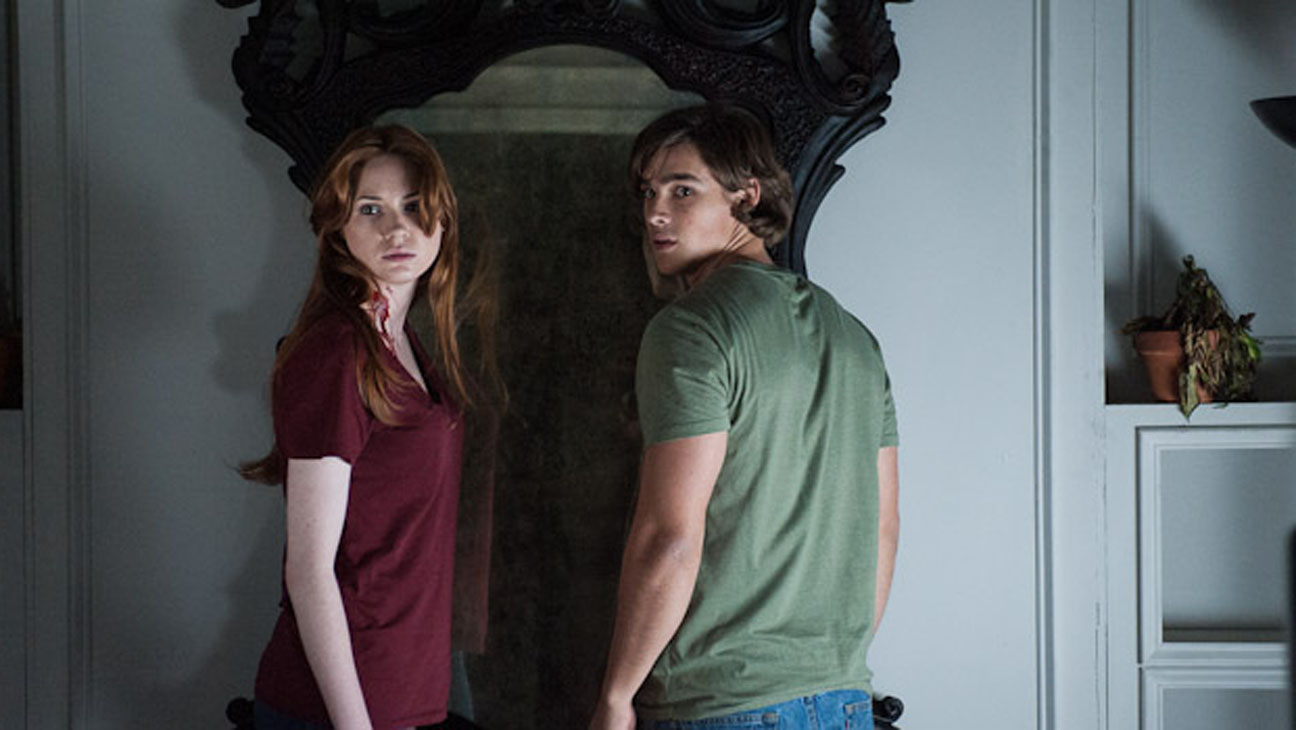 Thanks to the likes of James Wan, paranormal horror was all the rage in the early 2010s. From Paranormal Activity to Insidious and The Conjuring, audiences were irretrievably hooked to tales of nuclear families being bloodlessly menaced by only-fleetingly visible entities of malicious intent. What’s remarkable about Mike Flanagan’s Oculus, which followed his no-budget wonder Absentia, is how it manages to wring genuine dread from a beyond-worn subgenre simply by paying close attention to the realities of its deeply troubled characters. Oculus functions equally well as a tragic psychodrama as it does a horror film.

Flanagan appears to have taken inspiration from Stephen King’s seminal It, in which a group of childhood friends reunite to vanquish an evil force that has long plagued their town. Where King’s novel (and the TV-movie adaptation) adopted a neatly bifurcated structure, Flanagan flits between past and present, sometimes occupying the same frame. The film opens in the present day, with 21-year-old Tim (Brenton Thwaites) being discharged from a mental ward, 11 years after a series of incredibly traumatic events in which he was an active participant. His older sister Kaylie (Karen Gillan) is there to greet him with open arms – and with the news that she’s made all the preparations necessary to destroy the object she believes is truly responsible for the events of their childhood: an antique mirror with a storied history. As Kaylie and Tim spar over the nature of the ordeal they endured and its true nature, we flashback to the period preceding the incident, with their parents (Katee Sackhoff and Rory Cochrane) exhibiting increasingly erratic and abusive behavior.

While the issue of whether or not their shared childhood trauma can be blamed on supernatural evil or good old-fashioned mental illness is definitively settled before very long (unless you have a particularly generous sense of creative interpretation), Oculus finds ambiguity and purpose elsewhere. Unlike in the recent spate of safe PG-13 would-be chillers, the sense of danger, disorientation, and dread are palpable throughout, even in the flashbacks, where the outcome is preordained. Flanagan (also editor) circumvents that sense of inevitability through careful exploitation of the physical space that connects the two time periods. Their efforts ensure that past and present remain inextricable, despite Tim’s efforts to put the past behind him and start life anew.

If you’ve seen Absentia, it’s hard not to be taken aback by just how polished Oculus is from the very first frame – troublingly so, in fact. Part of the joy of Absentia was in its incredibly against-genre-stereotype casting (especially the film’s lead, Courtney Bell, who was 7 months pregnant at the time), which helped lend an eerie verisimilitude to an increasingly outlandish story. It’s somewhat of a disappointment, then, to see Flanagan cast more traditionally palatable leads, though that’s not to diminish the above-genre-par work on display, especially by Gillan, who imbues Kaylie with steely determination without dipping into outright cartoonishness. The film’s one novel bit of casting comes with Sackhoff, who is generally reserved for straight-up Female Badass roles thanks to her work as Starbuck on Battlestar Galactica. At various points in the film, she’s allowed to radiate warmth, menace, and mortal terror. It’s a surprisingly tricky role that Sackhoff is more than capable of handling. Rory Cochrane’s role suffers from its over-familiarity, but Cochrane makes up for it by opting for quiet, cruel menace rather than Jack Torrance-style theatrics.

It’s really in Oculus’s final half-hour that Flanagan distinguishes himself as a horror filmmaker poised for greatness. As past and present become increasingly difficult to distinguish, and the threat becomes more invasive, making it impossible for Tim and Kaylie to trust even their most basic senses, the sensation of pure viewer disorientation takes hold. That’s what makes it even more jarring when, soon after that fever pitch hits, the film just ends, albeit in gut-wrenching fashion. Even at 105 minutes, Oculus feels a little skimpy, possibly because the emotional depths plunged into by its characters feel like they could support a significantly longer film. That hurts the film to some degree, but it signals great things for Flanagan, who has already cemented himself as one of the most promising genre auteurs working today.