NYAFF 2018: ‘Respeto’ Battles Against a World of Violence

Set against the backdrop of a drug war and mass violence, Respeto is one of the best films to come out of the Philippines. Centered around an aspiring battle rapper who wants nothing more than to be respected in his craft, the world around him crumbles as he tries to grab hold to every last piece of safety he has. Where Joseph Kahn’s Bodied used rap battling as a means of exploring political correctness, cultural appropriation, and the limits of free speech, Alberto Monteras II puts it as a misguided refuge from the horrible reality engulfing its main character, Hendrix (Abra).

There’s an inherent vitriol in battle rapping, something which Monteras and co-writer Njel de Mesa fully lean into right out of the gate. Hendrix looks in awe at the way his heroes tear into one another with nothing but their words. The pen is mightier than the sword, after all. It’s when Hendrix steps on the stage early in the film that he starts seeing safety nets disappear from below him. He spits with an alright flow, but centers his entire assault on the appearance of his opponent. One of the most genuinely pleasing moments comes as the main character is torn asunder by his opponent when she gets the mic passed her way. It’s pleasing because she doesn’t aim low with her insults, whereas Hendrix grabs low-hanging fruit. 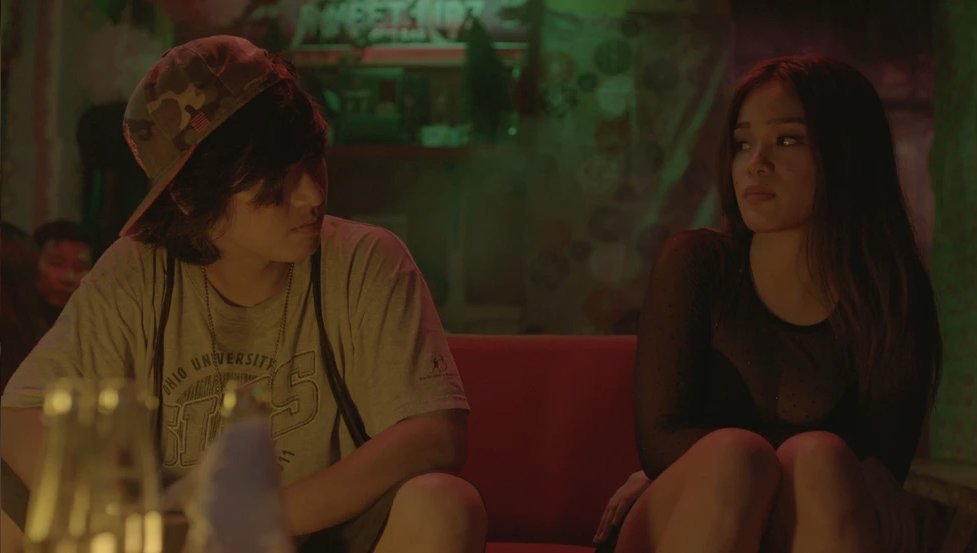 Respeto highlights how the toxicity in battle rap can be cathartic, but it can also breed worse behaviors. After Hendrix gets caught stealing from an old poet’s (Dido de la Paz) bookstore, he finds himself helping with odds and ends as punishment. But every moment that feels like a breakthrough for Hendrix turns sour soon after. Living with his sister and her abusive boyfriend, his friends are his only point of safety. Beautiful shots of the three of them practicing ciphers, spray painting torn down buildings, and having fun in the quiet remains of the day feel innocent and idyllic. Attending chaotic rap battles that act as something soothing, even if they feel like a concentrated version of the world outside, gives that innocence a backdrop of a harsher life.

Monteras is clearly interested in doing what a lot of cinema from the Philippines is interested in: painting a portrait of a world on fire and how that world is engrained in Filipino culture. Respeto is one of the best illustrations of political turmoil wreaking havoc on a group of people. Bystanders and victims at the same time, the film demands its characters stand up for themselves. In many ways, Monteras’s film stands up for the Philippines against those ruining its culture. And it does it with a whirlwind of style and grit.