There’s a simple premise driving Gutland’s plot: a stranger, a small town, and a bag full of money. It’s a scenario we’ve watched play out since the days when movie tickets cost a nickel. Director Govinda Van Maele turns the genre’s overused tropes on their head, and crafts something unique: a surrealist potboiler with shades of film noir.

Gutland is a peculiar film. Its slow pacing, subversive narrative, and opaque themes will turn some people off right out the gate. I enjoyed the film however, wonky narrative and all, because it delivers a satisfying overall experience. Think of Gutland as a Coen brothers/David Lynch mishmash — Fargo meets Twin Peaks. A compelling narrative isn’t always conveyed through words; it can also be felt.

There is a plot, flimsy as it may be. Jens (Frederick Lau) is a wanted criminal who is on the run. He decides to lay low in a quaint little village where he repeatedly encounters peculiar locals. The mayor, for example, bestows Jens with a horn, and cajoles him into learning to read music. Whether the authorities track Jens down is less important than experiencing his sojourn. He strolls into town like a feral animal, and we have front row seats to his domestication.

Like the work of David Lynch, Gutland explores the darkness percolating beneath a bucolic small-town facade. You’ll have a much better time with this movie if you go in knowing it’s more of a mystery than a thriller; it’s unusual, but never boring. Narratively, Gutland plods along at the pace of a rusty tractor, but if you hang in, there’s a satisfying payoff both plot-wise and thematically. (Victor Stiff)

The 42nd annual Toronto International Film Festival is scheduled to be held from 7 to 17 September 2017. 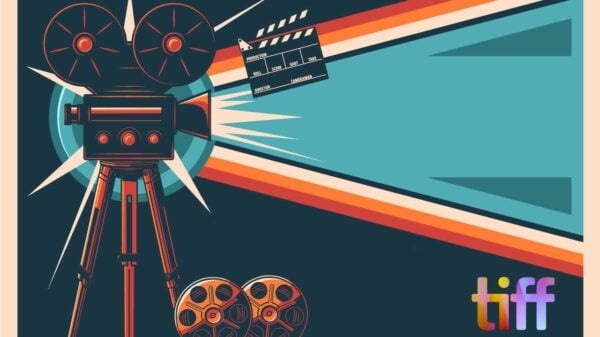 The 46th edition of the Toronto International Film Festival features 10 days of exceptional international and Canadian cinema with close to 200 films in...

Saint Maud provides a nuanced look at religious fanaticism with an explosive ending, anchored by a chilling lead performance.