Earlier today, Nintendo of America dropped its final Nintendo Direct Mini: Partner Showcase video of the year, and it was packed full of the usual string of intriguing games from third-party partners. Some were expected and some came as a surprise. Hitman 3 and Control fall into that latter category, for multiple reasons.

As noted in a follow-up press release, the Nintendo Switch versions of Hitman 3 and Control “are both played via cloud-streaming technology.” They are the first streaming titles announced for Nintendo Switch in North America (in fact, Control is available starting today), although Assassin’s Creed Odyssey and Resident Evil 7 have both been available for some time in Japan.

Streaming offers the potential to deliver exciting games to hardware that doesn’t have the power to run them locally. That could work in Switch’s favor as it prepares to compete with PlayStation 5 and Xbox Series X releases, and continue competing with Google’s Stadia. However, streaming hasn’t caught on yet, despite that potential. Large swaths of North America lack the infrastructure to make the vision a reality.

It’s important to note that Control is presently listed on the eShop as a “free” game, but that’s just a test version that will determine whether you can actually run the software and are therefore eligible to pay for and enjoy it.

“To access the game after the free trial, this free launcher application and the purchasable Access Pass are required,” notes the Control game listing. “Pricing can be found on the Nintendo eShop page for the Access Pass once the 5 minute trial has been successfully completed.”

The listing for Hitman 3, which has a release date not yet determined, features the same legal boilerplate. The game isn’t available on other platforms until around January 20. It seems unlikely to stream any sooner to Nintendo’s hardware, but both Hitman 3 and Control are the sort of games many might have thought would never make an appearance at all on the Switch. Do you plan to give either one of them a shot? 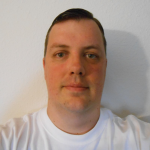