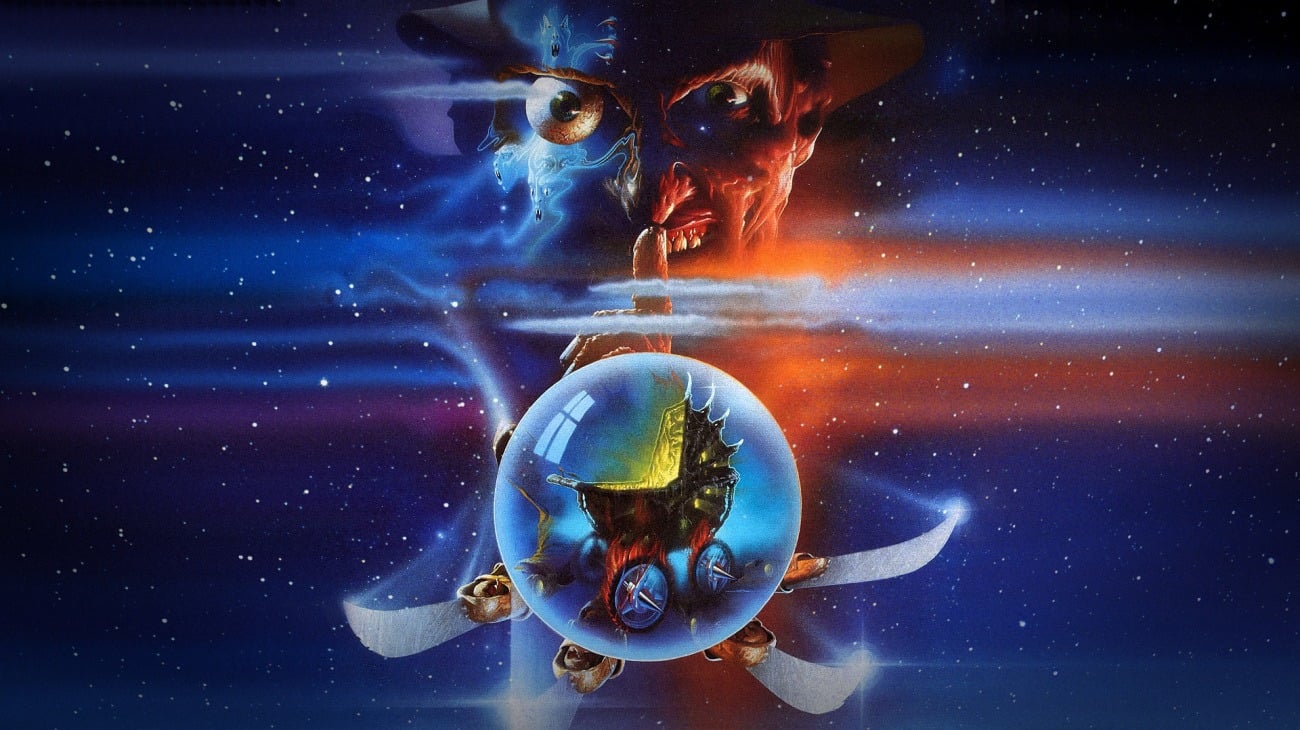 31 Days of Horror: The Dream Child

How to Revive a Slasher Villain

The Nightmare on Elm Street franchise has nine films spread across three timelines (granted, two of those timelines only feature one film each). The original timeline started with the first film and ends for now with Freddy vs Jason (skipping New Nightmare in the process). However, if one wanted to watch the canon of that timeline, with all the mythology and intrigue intact, one would only have to watch the original and the 3rd, 4th, and 5th, sequels.

The first film set up the rules of the universe. Freddy can control your dreams and what happens in those dreams have real world consequences. If he kills you while you sleep, you die. It also established that items from the dream world can be brought into the real world and that Freddy can only attack the dreams of those whose parents killed him years ago. Dream Warriors expanded on these rules, allowing for ways to destroy Freddy, albeit temporarily, and explained the context of Freddy’s birth. His mother had been raped by 100 inmates of a mental institution in a church steeple, leading to a demonic child being born.

Dream Master established that the power to destroy Freddy can be transferred, while also allowing Freddy to attack kids outside of the original group while mostly leaving the mythology alone (one of the weaknesses of the fourth installment). This dynamic of expanding rules and mythology is something absent from all the other slasher franchises of the day. The fashion in which both Michael Myers and Jason Voorhees are brought back to life stinks of the worst kind of corporate laziness and greed. Dream Child changed that for the Nightmare franchise, using an inventive solution already built into the mythology to have Freddy re-emerge.

Dream Child sees the return of Alice from the fourth film. Following her defeat of Freddy, she graduates high school and is in a stable relationship with Dan. Dan and Alice are sexually active, and Alice is starting to have dreams again, dreams of Amanda Krueger’s past. In one nightmare, she sees the birth of Freddy, and the demonic spawn that emerges is the terrifying extension of the beautiful make-up work from Dream Master. Through this dream-re-birth, Freddy re-emerges in spite of his death in the last film and is back to terrorize Alice. One night later, Dan is driving alone and falls asleep at the wheel. Freddy invades his dream and violently kills him in a car accident. Alice is working at the diner and sees the accident outside and is then taken to the hospital.

This presents a problem to the mythology. Alice was the last child that Freddy had contact with, and yet while she was awake, Freddy invaded Dan’s dreams and killed him. In a Friday the 13th or Halloween film, this would just be another stupid franchise extender (the lighting strike in Friday the 13th Part Six comes to mind). But this film handles it better, when Alice awakens in the hospital, she finds out that Dan has died and then, that she is pregnant. It takes longer for her to realize what’s going on, but given the title of the film, it’s obvious that the writers found a legitimately interesting way to bring Freddy back again. Like he did to get revenge on those that killed him, he’s going after Alice’s child.

And that’s where the film gets really interesting. Following Dan’s death, we start getting more dreams. Alice sees her unborn son Jacob (she isn’t aware of this fact yet), lashing out that his mother doesn’t love him. He says that “the man with the funny hand” told him that his mother doesn’t care about him and has been teaching him things. This is when Alice makes the connection that Freddy is using her unborn son to access the dreams of all of her friends.

Alice’s friend Greta, perpetually dieting because of a disapproving mother, falls asleep at the dinner table where Freddy arrives in a chef’s uniform and starts stuffing Greta to death (this would be funny if her mother hadn’t just told her “That’s why we diet so at dinner parties we don’t make our guests uncomfortable.”) then Mark gets pulled into one of his drawings (in a scene out of an ‘a-ha’ video). Alice saves him there, but eventually, he does meet that fate, cut up like the paper that Freddy turned him into. The scene is campy, but Englund’s performance keeps the horror up to snuff.

Alice knows what she needs to do. Rather than trapping Freddy in hell like the third film or having the souls of those he kills defeat him, Alice tries to go back to the source of Freddy’s evil, getting the soul of his Amanda Kreuger to bring her demon spawn back where it belongs. The scene is frightening but it provides a satisfying ending to this chapter of the Nightmare franchise. The last sequence of the film shows Alice (and her friend Yvonne who also survived) living with her newborn son and all is right with the world, except that those creepy girls from the first film are still skipping rope singing the nursery rhyme that keeps Freddy alive in spirit, waiting for strength enough to return.

Lisa Wilcox (Alice) spoke years later about the film saying “…NOES 5 was much darker, literally and figuratively. The lighting was darker and the subject matters were heavier too… Like abortion, teen motherhood, drinking and driving, bulimia, anorexia… Perhaps it was too much for a NOES film to handle. Thus, the film hit nerves too close to society home and therefore not as entertaining…” And it is true; this is a darker, deeper, and more viscerally complex film than any of the others in the series and of most slasher franchises. It both benefits and suffers for this, but as said above, these elements make the film distinct and worthy of further study. It is not perfect, but it’s a worthy entry in the annals of horror film because cinematically, methodologically, thematically, it expands and experiments with the series in incredibly interesting ways.