NYCC 2018: Another Year, Another Success

New York City Comic Con 2018 (which will be shortened to NYCC from now on) occurred right before Canadian Thanksgiving. From October 4th to October 7th at least a quarter million geeks, nerds, and fans of all spectrums made their way into one of the biggest pop culture events in the world. ReedPop, an events services company, started New York Comic Con in 2006, and every year since it grew in size and popularity. This will be my third year attending in a row, and it was absolutely a magical event.

In the similar vein as San Diego, NYCC does not just take place in one venue. The Javits Center is the primary location and central hub for the majority of comic con fun. This gargantuan building has 1.8 million square feet to sustain the epic amounts of fan activites and excitement. Despite all this space, it can’t manage everything, and two other buildings heeded the call and offered their room for support.to pick up the slack. They are the Hammerstein Theater, and Madison Square Garden. The former is used for special events for both comic con abdge holders, and non-attendees alike. Madison Square Garden is rented out solely to host the major panels for The Walking Dead, She-Ra, Doctor Who, and Daredevil.

New York Comic Con does not skimp on their entertainment guests. They bring in influential and popular pop culture icons ranging from television and movies, to podcasts and animation. This year was no exception, and with over 200 guests, it would be hard pressed not to find something to enjoy. In no particular order, 2018’s edition included Matt Smith, David Tennant, and Alex Kingston from Doctor Who fame, Jason Momoa from everyone’s deep down jealousy and Aquaman, and Matthew Mercer from the podcast Critical Role and the voice of the badass cyborg cowboy McCree. Finally, though he was a late entry, they did include a hulk sized actor nominated for 3 Best Supporting Actor Oscars: Mark Ruffalo. 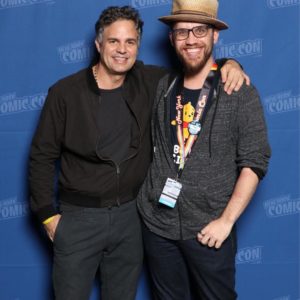 New York City can be considered the birthplace of North American Comics. So it makes sense that they don’t skimp on comic book creators. This year their Artist Alley was enormous with nearly 500 creators filling up the massive hall, some of them appearing for brief periods for lucky winners of ticketed events and lotteries. Some major names thrown in were Brian Michael Bendis, Tom King, and Robert Kirkman. Other popular names included fan favourites like Donny Cates, Wendy, and Richard Pini, and Dan Parent. In the end commissions were given, series were signed, and the popularity for comic books refuses to ween down. 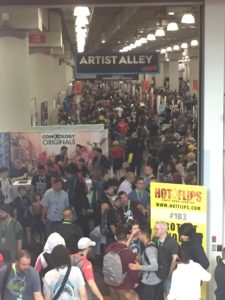 When talking about comic cons, who could forget the panels. Most fans are eager to witness the next installment in their favourite franchise or listen to creators’ favourite stories about their work. This year, the show was jam-packed with enough content for multiple events. The only way the show is able to manage everyone’s demand is using those extra venues. What makes Madison Square Garden especially interesting is that they don’t empty it out after every panel. What this means, if you are determined enough, you can stay there for the whole day and not miss out on anything, except everything going on in the Javits Center. It’s a great location, with comfy seats, and very few blind spots of the stage. Hardcore fans would camp out the night before just to ensure they have a seat front and center for the last panel in the day. This makes it exceptionally difficult to schedule in panels, because there’s a chance the room will be at capacity.  Those who made it their mission to enter the Garden were privy to such things such as the premiere of Jodie Whittaker’s first episode as the Doctor, clips of the newest Daredevil season, a sneak peek to She-Ra and, of course, the fan dividing The Walking Dead. 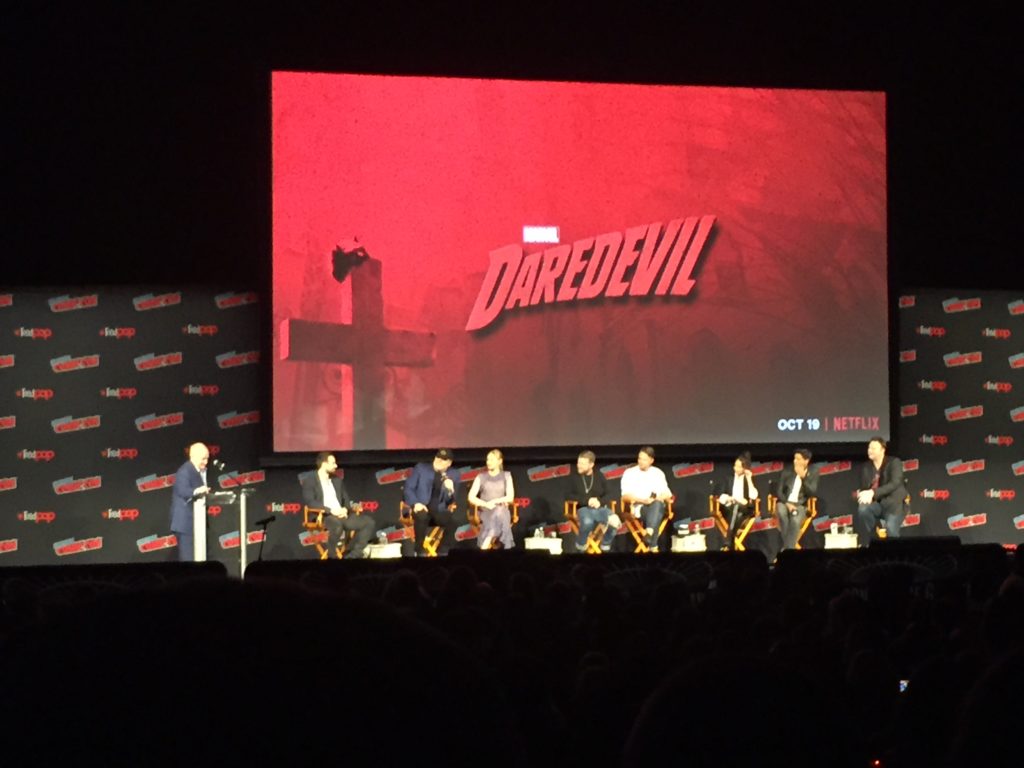 The other panels, situated in the Javits Center, vary in size from a few hundred to a thousand people. These rooms offer intimate Q&A and clips for the less popular, but still anticipated shows. The ones I sat in on included Hellboy starring David Harbor, the team behind the upcoming DC animated movie Reign of the Supermen, and a smaller panel starring newspaper comic legends Stephan Pastis and Bill Amend. Stories were shared, clips were shown, and behind-the-scene secrets were released. Luckily, only one major spoiler slipped through this whole NYCC experience. Don’t worry, not only will the name of the show/comic/game be mentioned, but there will be no clue to where it even occurred.

If panels, guests, and comic books are not of interest to you, there are still other activities to keep the pickiest of fans entertained, they just require more time standing in line. NYCC has activities that can be loosely called “fan experiences”. Production companies will set up booths around the venues, on the exhibitor floor, and outside near the food trucks, that give attendees a small taste of the show. Some of the more popular ones that appeared were Good Omens, American Gods, Outlander, and She-Ra. For no extra fee, these fan experiences offer more than simple pictures and a clip. Fans will leave the booth with some cool takeaways. Pins by dozens and posters are quite common, but the more popular ones give away t-shirts and wearable merchandise. 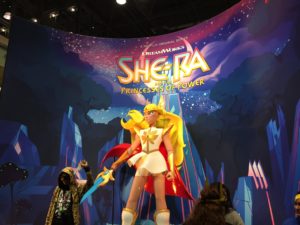 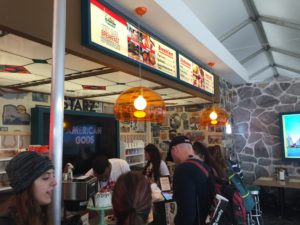 No fan convention is complete without vast amounts of cosplayers. There is no lack of talent in New York City and most cosplayers will be glad to strike a pose if you just ask politely.

NYCC is a solid show. The organizers are proud of their event, and only want to offer the best for the fans. They make sure that there is something for everyone, and any complaints and concerns are answered. It is unfortunate that not everyone will be able to get a ticket, and fewer will be lucky enough to win the draws and the lotteries. But, in the end, it’ll be hard-pressed to find something not to enjoy. Due to the sheer size of the show, it’s panels and experiences will be missed. But, with enough planning, this show can be optimized to the fullest extent. Every year the show finds ways to make the experience brighter and more comfortable for the attendees. They change their guests, improve the ways tickets are sold, and manage the entry system into the building so it’s less of a hassle. It still has its faults, no convention is perfect, but more people leave the show with bags full of swag, smiles on their faces, and memories that will last. Their feet might hurt, and wallets will be lighter but everyone will leave with at least one epic story.

Golden Wind Puts the “Bizarre” Back in ‘JoJo’s Bizarre Adventure’

Ghosts and More in this Year’s Hellboy Winter Special

A Cataclysmic Event: ‘No Man’s Land’ is The Double-Edged Sword of The Batman Mythos