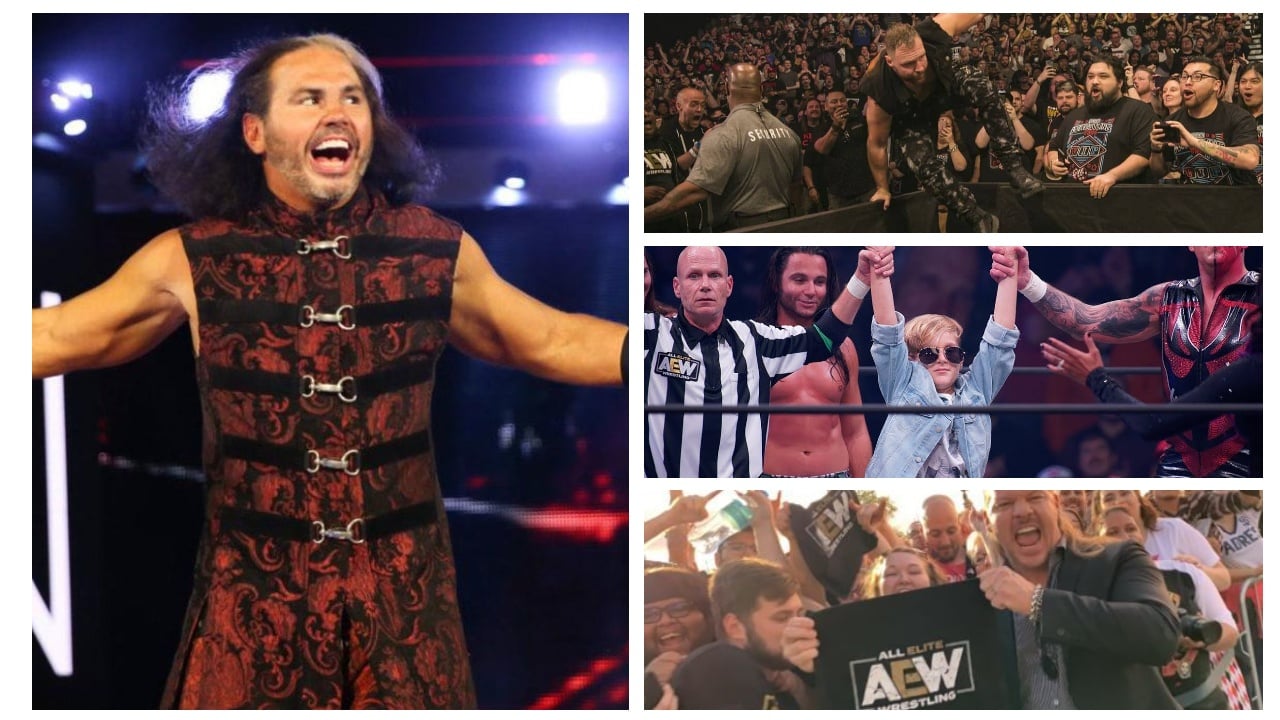 AEW fans are a mixed bunch. On one extreme, you have the die-hards that will defend AEW ‘til their dying breath and slate anyone who dares to sully the word ‘Elite’. On the complete opposite side, you have the new fans who are still getting to grips with what’s going on. The ones who may have tuned in after seeing Sting or Jericho advertised, or maybe even after hearing the voice of JR while changing channels, yet are clueless as to what a ‘Luchasaurus’ is. The challenge is: how to connect with both groups at the same time?

As a whole, AEW are quite good at getting the message across. Mostly. There are elements they could be doing better at and things they’re doing brilliantly. So let’s look at what they are, as well as how to achieve the desired equilibrium.

Being a relatively new promotion brings certain challenges that a more established brand doesn’t. WWE could wheel out Rock ‘The Dwayne’ Johnson tomorrow and a completely new viewer would likely already know what the deal is. For AEW, on the other hand, it can be a bit more complicated. When people hear the term ‘wrestling’, they’ll usually follow it up with: “Yeah, that WWE stuff.” So, you’d think the solution is a simple one. When someone debuts, tell the viewer who they are and what they want. Simple. Sort of.

The problem is, you don’t want to overly simplify and spell out everything because it’ll alienate the dedicated AEW fans. It’d sound condescending. Wrestling is best communicated when it utilises nuance and subtlety. For example, when Foley was thrown off the cage at King of the Ring ‘98, JR’s ‘by Gawd he’s broken in half!’ line was entirely natural and, as such, made the moment feel more genuine.

When Shane McMahon fell from the cage at ‘Mania 32, Michael Cole, clearly reading from a script, shouted: ‘for the love of Mankind!’ as a way to really get across the intended reference. That was painful and unnecessarily obvious. Don’t be a Michael Cole, kids. If WWE hinted earlier at Foley’s fall, you’d naturally draw parallels yourself, but for them to outright say it in the moment just makes it seem like they don’t think you’re smart enough to get it. Not everyone needs to understand everything straight away. Let people draw their own conclusions from what they’re seeing.

How AEW Does It

An example of an AEW debut done right is Matt Hardy. When he joined, he was firmly in the Broken Matt phase of his career. It was unfortunately during the empty arena stage of the pandemic, so it was less impactful, but we can ignore that part for now. During an Inner Circle promo to The Elite, a drone interrupted them and flew down to the ring. A member of The Elite tells Jericho that they called in a favour for some extra backup. Ominous piano music starts playing and the camera cuts to Matt Hardy in the stands, he’s shouting ‘delete’ while swiping his hand to the side. That’s it.

Veteren wrestling fans know who Broken Matt is from his run in Impact.

Casual wrestling fans know it’s Matt Hardy from WWE and assume this is his new schtick.

AEW fans know that this new guy must be a pretty big deal to be involved in The Elite.

New viewers now know exactly what his motivation is and have some idea of his character.

Everyones is in the loop and barely a word is said. No five-minute video package explaining his backstory. No overly elaborate, pre-written monologue or long exposition dump from commentary. Yet everyone knows what’s going on. That’s how you do it.

They’ve done it too with Hangman Page and the Dark Order. As strange as a stable as it seems on paper -an alcoholic cowboy and an evil cult being best friends- they’ve got over massively with fans despite being disliked at first. It’s a long, subtly told story that’s all been shown through a series of interactions. If commentary just told you why you should like them, it’d not work.

Could They Improve On Anything?

Let’s be honest. AEW did a terrible job revealing Nick Gage. The way MJF explained who Gage was before the reveal just made you wonder why AEW would ever book him. So the knowledgeable half of the live crowd were cheering, yet the other half were silent. In reality, those who follow Gage love him because it’s a heartwarming story of redemption. Though because they were selling him as a heel, they were just pushing the bad parts. So the casual AEW fans in attendance had no way of understanding why he was there. For AEW fans at home, commentary did a weak job at clarifying anything. That is not how you connect with fans.

Speaking of commentary. As much as we collectively love Jim Ross and Tony Schiavone, because they aren’t too knowledgeable about the roster and current indie wrestling in general, they often do a poor job at communicating information. It often feels like whenever someone debuts or an external storyline starts to play out, they just fall silent and look to Excalibur to bail them out. It’s not like we’re expecting them to know absolutely everything, but maybe a quick pre-show brief on what’s happening would help matters. The surprise reaction might seem a tad more artificial, but I’m sure that JR feigning shock would be better than JR sounding confused.

Still, these are small grips in comparison to all that AEW excels in.

100 Episodes Of AEW Dark: A Retrospective