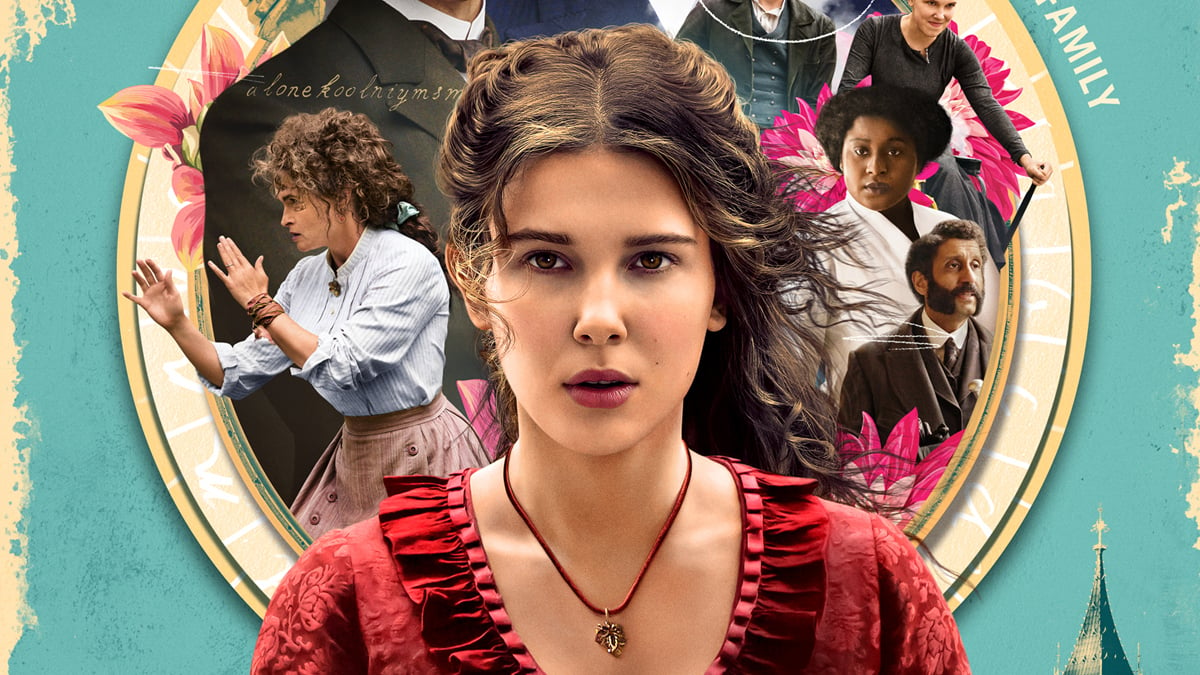 Despite what you may have already heard, the game is not quite afoot with this one. Netflix’s Enola Holmes is the streaming giant’s latest mystery film based on Nancy Springer’s series of young adult fiction novels starring the younger sister of London’s finest consulting detective Sherlock Holmes- more specifically The Case of the Missing Marquess, the first book in the author’s franchise. For those expecting a mind-bending mystery comparable to BBC’s excellent Sherlock or the exciting Robert Downey Jr. films, you best grab a cabbie and leave before touching this one. Enola Holmes will without a doubt be a fun family film for kids captivated by its promising cast of actors, but any true crime solver will be scurrying from the scene faster than you can say “The Hounds of Baskerville” by the time the second act even hits.

Enola Holmes seems to initially build towards the story of the title character finding her missing mother after she seemingly disappears one morning, but in reality, this story quickly takes a hard turn after its introduction. It manages to become a tale of conquering a characteristic the title character’s name spells backward (alone) all while untangling another family conspiracy that is beyond anticlimactic. There is certainly a mystery to be solved within this flick, but not one you are expecting to find on the surface as Enola Holmes has no idea where exactly its focus should lie. It is constantly jumping between ideas and never manages to find a footing until the third act is in session. Millie Bobby Brown is arguably the main reason Netflix audiences will be flooding to see Enola Holmes and they certainly will not be disappointed by the young Stranger Things actor’s witty performance. However, it might as well be the only aspect worth sitting through in this disrespectful misfortune of an adaptation.

While the actor is certainly flaunting her accent and enjoying her eighteenth-century mishaps, it is just a shame Brown did not get a stronger script to work with. Enola is spunky and clever, but acts like a Deadpool or more so Harley Quinn as she constantly communicates with the audience through wall-breaks- a creative choice that is never properly utilized and results in the movie having to close on an odd note that does not properly bookend the character’s story. The character has no compelling flaws or established reasons as to why her quest is supposed to come off as a challenge for her. Outside of Enola and the young Marquess heir she encounters, the only other interesting talent holding up this story that is worthy of a mention is of course Sherlock Holmes, but he rarely ever appears in the movie or has any importance.

Henry Cavil plays a great Sherlock Holmes except he never receives any moments to truly shine by showing off his masterclass detective skills everyone is constantly on about during the whole film’s two-hour runtime. In fact, by the end of the movie, the character somewhat falls off the high horse as what honestly seems like a simple case flies overtime for him- somehow young Enola can outsmart a veteran Sherlock Holmes? While I am glad they kept Sherlock out of the spotlight as the focus should be on his younger sister, it is hard not to acknowledge the genius consulting detective audiences are accustomed to is just not as quick or clever as he should be. As for the other mainstay characters, Mycroft Holmes (Sam Claflin) plays a key role yet there is nothing striking to say about Sherlock’s brother who only appears to really throw a wrench into Enola’s plans and generally is portrayed as an idiot rather than the arrogant mastermind that he is supposed to be.

It may seem packed with problems so far- especially when it comes to keeping up with or respecting the source material, but the largest issue Enola Holmes helms is the way in which its mystery unfolds and how it unsuccessfully incorporates its forced theme. In comparison to previous on-screen interpretations of Sherlock Holmes- or even the Enola Holmes novels for that matter if you are the type of reader so keen on not comparing the two characters- the mystery being explored lacks much depth or development from beginning to end. Sure it builds upon the character of Enola in tons of great ways as it shows off her personality and skills adopted from her childhood, but it never truly does what a good mystery story is out to accomplish. Here we have two different stories intertwining, the search for Enola’s mother and the whereabouts of her male friend.

Both are without a doubt compelling ideas except for the fact that the latter abruptly becomes the focus at around the halfway point for what is seemingly going to be a few minutes but ends up being the entire film. On top of this, we have a consistent theme being thrown around that “girls can do anything” which is completely fine, except for the fact that its female lead is, as previously stated, practically flawless and is often played out as superior to everyone else by one-upping her older brothers or being better than the pretty boy who has little character development. The movie takes place during the perfect time period to use feminism as a theme and while it does mention the world’s current politics multiple times it never actually draws a focus towards those enticing problems. The film leaps over so many possible compelling character points and plotlines as it treads around a mystery that is not all that much of an enigma.

Without taking into account the other various pieces of Sherlock Holmes media available- including BBC’s terrific modern take on the franchise which is streaming on the same platform, Enola Holmes is a substandard film that younger audiences will likely more so enjoy than the older folks accustomed to London’s greatest detective. For those completely unaware of the lore behind Sherlock Holmes and are here for the recognizable actors being marketed at the forefront, the cast will without a doubt help end your viewing party on a less than sour note as Brown provides one of her best performances yet in a somewhat fun though messy detective flick. It is neither brilliant nor absolutely rotten, but it is rubbish, to say the least. Enola’s first outing is not afoot of her older brother’s lineup of thrilling interpretations or the film’s broad genre in any way.

‘Fargo’ Represents the Best of the Coen Brothers