Self-exiled Shaolin monk and martial arts pupil Liu Kang (Robin Shou) awakens one night from a nightmare in which a strange and powerful sorcerer named Shang Tsung (Cary-Hiroyuki Tagawa) brutally murders Kang’s younger brother before looking directly into the camera and claiming Kang’s very soul. Shaken by the experience, the hot-headed youth returns to his former home among the temples to learn the truth of his brother’s demise. Much to his surprise, there is more at stake than family matters, or so explains the god of lightning, Raiden (Christopher Lambert), who magically makes an appearance. His brother’s death granted Shang Tsung, ambassador of an evil dimension called Outworld, a ninth consecutive victory in an ancient tournament named Mortal Kombat. A tenth successive win for the vile Outworld grants Tsung and his minion’s ownership of the Earth realm. The next tournament begins soon and the planet’s final hopes rest with Liu Kang, martial arts movie star Johnny Cage (Linden Ashby), special forces officer Sonya Blade (Bridgette Wilson), and the guidance of Raiden himself.

Mortal Kombat the film, of course, is based on Mortal Kombat the video game. What’s more, the game was created and popularized long ago in the early 1990s when the video game industry paid little heed to the notion of telling a good story via gameplay. Look no further than Mortal Kombat, a smash-button game in which one or two players select a cool-looking killer from a decent collection of master kung fu artists and do battle to the death in a series of violent one-on-one fights. Adapting that into a film with a cohesive beginning, middle, and end might be seen as a small feat, a hopeless endeavor or the opportunity to really flex those creativity muscles and conjure something original. One can only take a guess at how the filmmakers approached the challenge but one thing is clear judging by the end product: the movie is hopeless. It features a stubbornly head-scratching plot, pitiful attempts at making the protagonists amiable and, last but not least, terrible cinematography and editing which butcher any thrills the contests themselves may otherwise have held.

Almost nothing about this movie makes a lick of sense. Choosing where to begin in explaining what ails the picture poses a problem for it’s a perverted embarrassment of riches, a seemingly endless pit of strange inconsistencies, boneheaded dialogue exchanges, and a general lack of cohesion to hold anything together. For one, Shang Tsung taunts Liu Kang via his dreams, seemingly to lure him into the tournament by preying on his emotions (killing his brother went a long way to accomplish that). Oddly, once the event is well underway, Tsung tricks the heroes into a deal that obviously helps Tsung avoid a fight with Liu Kang. Why did he accept Kang into the tournament at all and why did he taunt him if he fears a fight to the death against the monk?

Liu Kang arrives at the Shaolin temples to inquire about the brother’s death early in the picture. Raiden appears to warn Kang off from entering Mortal Kombat because he is too blinded by fantasies of vengeance. Kang is initially unconvinced of Raiden’s existence, even after the latter sends the stubborn pupil crashing to the ground with a flick of the hand and shows off a bit of crackling lighting in his eyes! Come to think of it, there is a lot about Raiden, from what he does to what he says, that makes little sense. He keeps telling Kang, Cage, and Blade that they must learn something, but all he shares with them are some of the inconsistent rules that dictate the tournament. When it finally seems as though he may have shared some wisdom by explaining to each what they must overcome, Cage, who must fight the resistance of rushing into challenges for the sake of proving himself to his naysayers, immediately challenges Goro, the Outworld’s four-armed undefeated prince, to a duel and works out a bad deal with Tsung that awards him the advantage in the event of a final round. What does Raiden say to this? Johnny Cage is the only one catching on.

But wait, there’s more. Anderson’s film provides so much material, writers with greater skill could produce unforgivingly scathing reviews. Liu Kang apparently experiences some terrible eyesight issues throughout the movie. As if not acknowledging Raiden’s identity despite the obvious was not enough, he is later visibly confused by Shang Tsung’s sudden shapeshift into Kang’s deceased brother, a morph performed right before his eyes. How could this possibly be his brother?!? At one point, Kang receives words of advice from a beautiful Outworld princess (Talisa Soto) sympathetic to the human cause (in a skirmish overseen by Tsung that he calls off hallway through. What sort of contest was it?) She whispers that against his next foe he need make use of the element that gives life. Cut to a dimly lit room where the next fight is to occur and a hooded character (Raiden!) placing two buckets of water on the ground. If Raiden is setting up the fight (why is a mystery), could he not have communicated that information just as easily? Also, why is the princess being so cryptic? Worse than that, it is only after learning that his opponent can conjure up ice and freeze air and after one of the buckets topples over and its contents freeze on the floor that Kang takes a long hard look at the frozen mess and exclaims ‘Water!’ Great detecting, Sherlock.

This is a fight movie, so if, at the very least, the filmmakers offered exciting contests of skill, the movie would have a saving grace. This too proves beyond the grasp of Anderson and company. The choreography is mostly dull and slow, lacking any sort of inspiration save for a few sequences between Robin Shou and stung men. Logic suggests the issue stems from the fact that none of the principle leads except Shou are trained in the arts. Simple punches, slow motion kicks to the head, no one other than Shou does anything exciting and even the latter’s scenes are often crippled in the editing room. The others simply lack the skill to pull off anything of note. The movie does two things to compensate for this sad reality. First is the employment of the aforementioned slow motion, a technique that, unless used under special circumstances, rarely enhances depictions of onscreen fights. The speed at which people perform their physical prowess is just as exciting as the moves themselves. Slowing them down kills the magic, simply put. The other tactic employed to mask the film’s general incompetence in showcasing meaningful fight choreography is even more egregious. Most contests are cobbled together with a series of close-quarters shots and rapid cuts, making either entire battles or spells of battles incomprehensible and therefore uninteresting. The most devastating aspect of this risible methodology is that, every so often, the director will tease the excitement of a fight with beautiful panning shots of contestants sizing each other up in there at times well decorated or naturally romantic surroundings. The fight commences and the camera angles and editing immediately go haywire.

Paul W. S. Anderson’s Mortal Kombat pays few dividends to those who give it 101 minutes. Some of the statues that populate the weird island look neat, there are some interesting shots of Liu Kang’s former stomping grounds, the Mortal Kombat logo is cool, and Christopher Lambert is having as much fun as possible despite how appallingly written Raiden is. Some might add the theme music into the mix of positives to take away from the film, but that would be most unwise. The action is of terribly low quality, the acting superfluous, and the story is farcical. Those who grew up when the game’s popularity sprouted on home entertainment systems may be prone to nostalgic sentiments when the 1995 film adaptation is referenced. Re-watches will likely squash said feelings with a cold and brutal FATALITY! 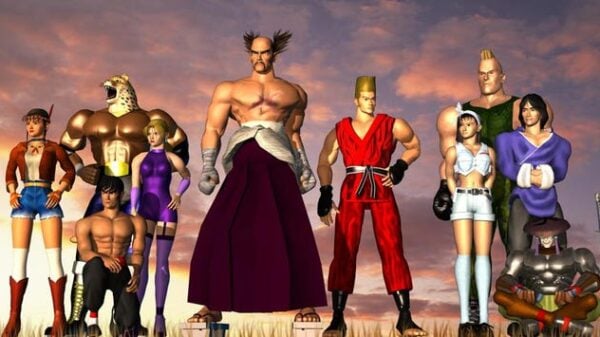 Tekken 2: An Absolute classic of the Genre The unassuming grey box known as the PlayStation was a little over a year old (in... 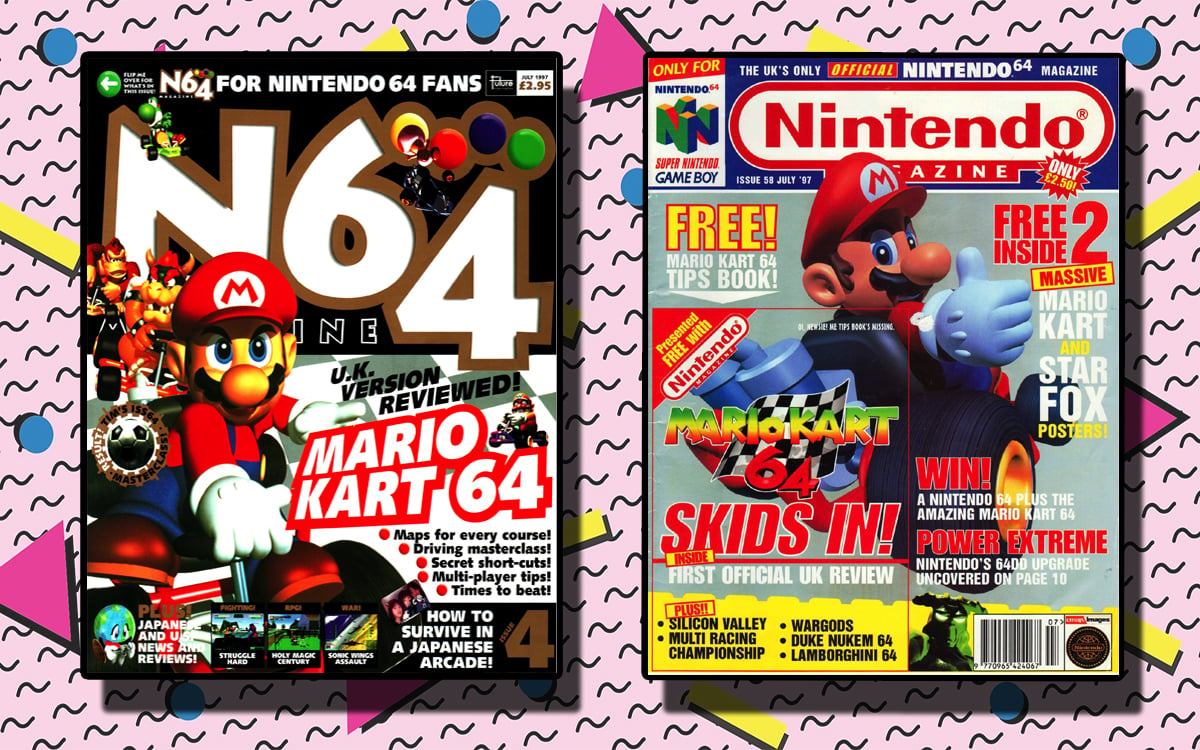 Welcome back, dear readers-of-old-things-I’ve-read! It’s been too long since I took you back to the golden days of video game magazines from the UK,... 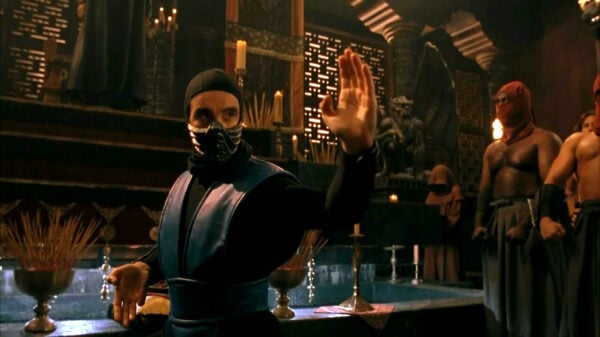 Nothing In This World Has Prepared You For This