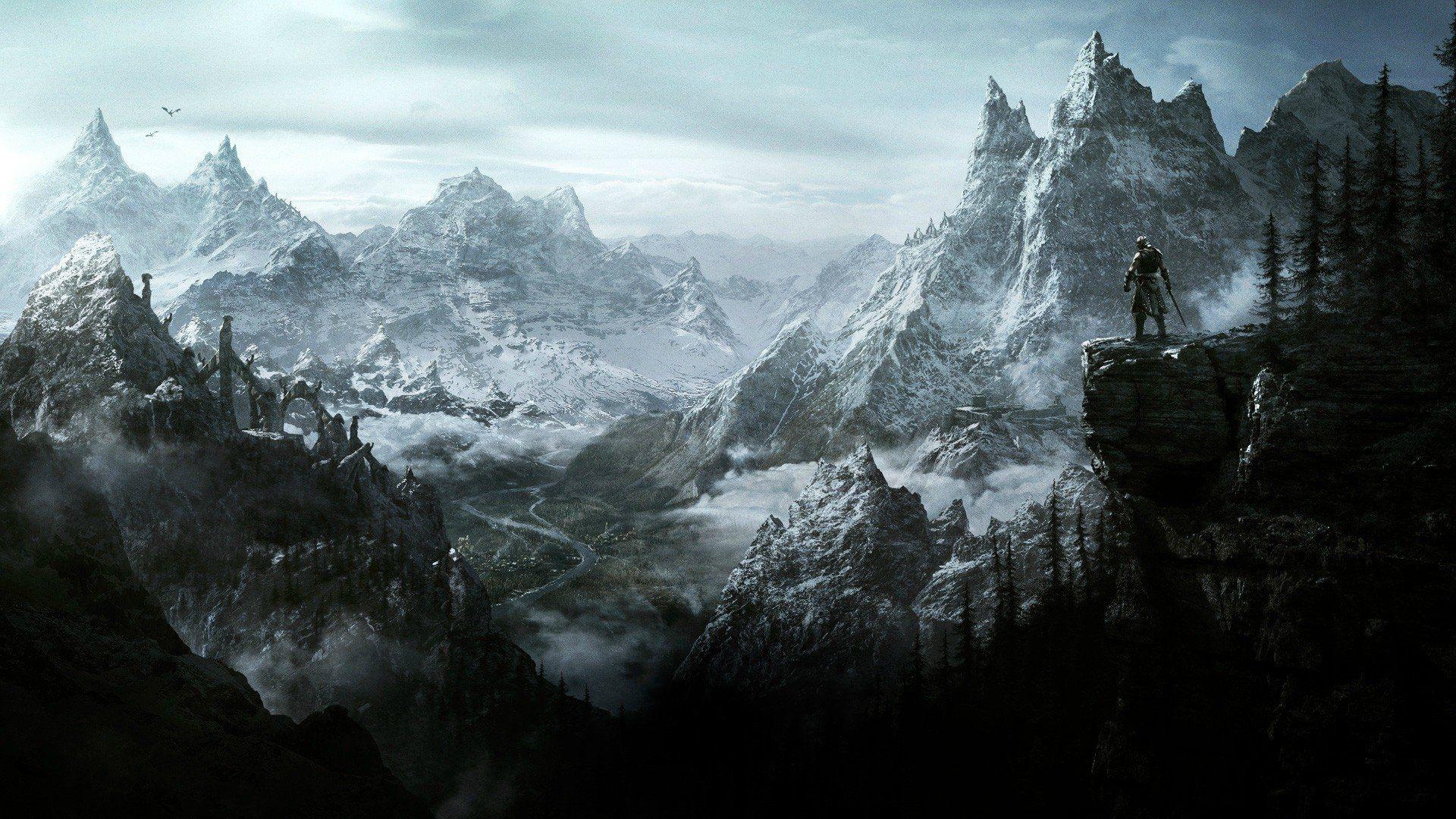 Video game table top board games are still maintaining their popularity- both official and fan made- and one game to get the table top treatment is 2011 role playing game from Bethesda, The Elder Scrolls V: Skyrim. The board game- The Elder Scrolls V: Skyrim The Adventure Game– is looking amazing so far, with an immersive structure that is sure to rival its digital counterpart. The game has now officially gone up for pre-order.

Modiphius Entertainment have a range of board games, roleplaying games and miniatures games available- based on all sorts of pop culture franchises such as Fallout, James Bond and even Kung-Fu Panda (because why not I guess?) and this isn’t the first time that they have delved into the Elder Scrolls world with their games. This particular game has been in the works since 2018- according to the schedule on their website- and has a planned release date of summer 2022. This is a huge project that promises hours of gameplay, narrative branches, decision making and more, all encased within the medium of the table top board game. The campaign has 33 days left to go and it has already exceeded its goal but make sure to check it out on Game Found to see what your donations could get you in terms of rewards. Be sure to have a read of the official press release for more information on the game as well.

All Images Courtesy of Modiphius Entertainment and Bethesda.

Battle Dragons, Draugr, Trolls, and More as You Fight to Save Skyrim in the Upcoming The Elder Scrolls V: Skyrim – Adventure Game from Modiphius Entertainment!

London, UK (November 2, 2021) — Tabletop publisher and creator Modiphius Entertainment is today taking the wraps off their latest project, The Elder Scrolls V: Skyrim® – The Adventure Game. This new solo/cooperative (up to four players) game of adventure and exploration invites aspiring adventurers to return to the frost-covered lands of Skyrim. Take up arms against dragons, Daedra, trolls, and many more wretched creatures to help the common folk sleep a little easier at night as you battle for glory. It’s a dangerous time, so the party brave enough to charge head-first into danger best have each other’s backs. The Elder Scrolls V: Skyrim – The Adventure Game will arrive in summer 2022 and is currently taking pre-orders via Gamefound. So scarf down that Eidar cheese wheel and don some Nord armor — there’s a kingdom that needs saving!

In The Elder Scrolls V: Skyrim – The Adventure Game, players are surviving members of the Blades, a legendary group who long protected the Empire of Tamriel, and must band together to thwart a plot to eradicate them all!

In the world of The Elder Scrolls, select from one of the races of Tamriel: Nord, Dunmer, Imperial, Altmer, Khajiit, or Orsimer. Equip your character with a wide range of weapons, spells, and armor. Travel across the Holds of Skyrim to places like Riften, Solitude, Falkreath, and Whiterun. Attempt a huge range of evolving quests that change the game with each decision, explore the wilderness and meet NPCs. Fight dangerous foes like Draugr, Frostbite Spiders, Daedra, and Dwemer Constructs in the ancient ruins and tombs of Skyrim. Gain experience and amazing treasures, upgrade and enchant your gear, level up your character, and play through six chapters of two huge campaigns in this endlessly replayable board game.

Your quests will lead you across Skyrim – sometimes in short side ventures, others in connected storylines that change with your choices and with your successes or failures! Gain powerful weapons, armor, and spells, amazing treasure, experience points, and of course, followers. But watch out! If you ignore the growing threat across Skyrim, the Strongholds may fall and you’ll be faced with increasingly dangerous crises.

The Elder Scrolls V: Skyrim – The Adventure Game contains two major narrative-driven campaigns, each made up of three chapters. Each chapter can change depending on your choices, following your own quests in the main storyline or meeting up for key events and exploring dungeons together. Save your character’s progress at the end of a chapter, or even mid-game, and start again from where you left off the next time you play.

“Skyrim is one of the most iconic video games of all time,” said Chris Birch, CCO and co-founder at Modiphius Entertainment. “Which made creating a board game based on Skyrim, with all its depth of storytelling, a truly exciting challenge. We’ve been quietly delving deep into the narrative of Skyrim over the last 3 years as we worked on this in secret, and there’s not a doubt in my mind that The Elder Scrolls fans and board game enthusiasts alike will love the result.”

Tamriel’s Tiny Faces: Choose from one of six several lavishly detailed plastic miniatures based on iconic Elder Scrolls races like the Khajiit, High Elf, and Nord as an in-game avatar (with more options in the Dawnguard expansion)

Compatible with Call to Arms: Fearsome foes like dragons, Daedra, and trolls will be available as miniature upgrades and are scaled to be compatible with Modiphius’s The Elder Scrolls: Call to Arms miniatures game — meaning they can be used in this game and vice versa

Gear-Up: What adventure doesn’t involve a bit of treasure hunting? There are loads of weapons, armor, and ancient artifacts for players to find that increase their power as you upgrade or enchant your gear to customize your abilities.

Gather Your Party: Go it alone, or bring up to three other players on a journey to explore Skyrim’s secrets that might save its people from certain doom

Skills, Swords, and Spells: Be it a greataxe, bow, or spells, players will be able to tailor their combat style as they like, matching their choices with a variety of skill upgrades that will give them advantages in different quests.

There and Back Again: With each chapter offering roughly 90 to 120 minutes of core questing, an initial playthrough with no diversions for sidequests or exploration should last about 12 hours. Yet, thanks to a plethora of story choices, character options, and play styles, there are practically hundreds of hours worth of content to uncover in subsequent playthroughs.

Dovahkiin eager to get their hands on The Elder Scrolls V: Skyrim – The Adventure Game can place their pre-orders via Gamefound when the project goes live on 11/2/2021 with an expected delivery in summer 2022. What’s more, Modiphius will launch a free sample of the game on Tabletop Simulator soon.