Maniac is a weird show. One moment there’s an earnest conversation about depression and trying and failing to become a better person, then the next, Emma Stone is dressed as an elf and Jonah Hill is voicing a hawk. This is a show that wants us to understand things in terms of patterns, metaphor, and emotion; dispensing with conventional linear-storytelling to immerse us and connect us with its strange dream-logic. Think of it as Eternal Sunshine of the Spotless Mind meets Inception by way of Park Chan-wook’s I’m A Cyborg, But It’s OK.

It sees Jonah Hill play a sad man and Emma Stone play a sad but also anxious woman both drawn to the latter stages of an experimental drug trial, created with the aim of eliminating the source of anyone’s problems. Owen Milgrim (Hill) is there to treat his schizophrenia while Annie Landsberg (Stone) is there for the drugs. The experiments, split into three stages, force the characters to replay their worst moments, before later creating fantasies that allow them to confront their own trauma. But something strange happens in the experiment that has never occurred before. Owen and Landsberg’s visions/fantasies/dreams start merging together. Is there something deeper between them, or is it just a glitch in the algorithm?

This high concept allows director Cary Joji Fukunaga to play with genre, form, and even reality; taking us through 1940s seances, medieval adventures, Boston gangster dramas and even spy thrillers with ease. But these what-the-fuck moments aren’t really what make the series memorable, but rather the way they are used to explore the psyche of both characters.

Instead of merely depicting mental health issues — which in the current moment has fuelled so much of Netflix’s SEO-optimised original movies and shows (see: 13 Reasons Why and Gypsy) — Maniac looks at creative ways to combat it. It is not just about whether the pills work, but what the experiences could show and how they could be translated to one’s real life situation (I could actually see therapists liking this show more than a conventional mental health drama). In a way, the experiences found on the drug resemble therapeutic approaches such as Cognitive Behavioural Therapy — in which patients are encouraged to reconceptualize bad experiences in order to create new and more positive patterns — and psychodrama, whereby patients take on different roles as a means to confront deep-seated trauma. And although dreams cannot be invoked in psychology (or literature for that matter) without mentioning Freud, Jungian ideas

of the collective unconscious seem more appropriate here. With both characters occupying the same situations, they have to work together in order to understand what is going on, detach themselves from their own fixations, and work on the bigger, collective picture.

This is reflected in the pacing of the show. Like True Detective, Maniac is full of recurring patterns, some meaningful, some there just to provide atmosphere. Considering that working through one’s issues with a therapist is all about breaking out of negative patterns and creating new, positive ones, this is a great match of content and form, showing that Fukunaga is not just someone who simply directs, but a man with a keen vision with how a show should feel. 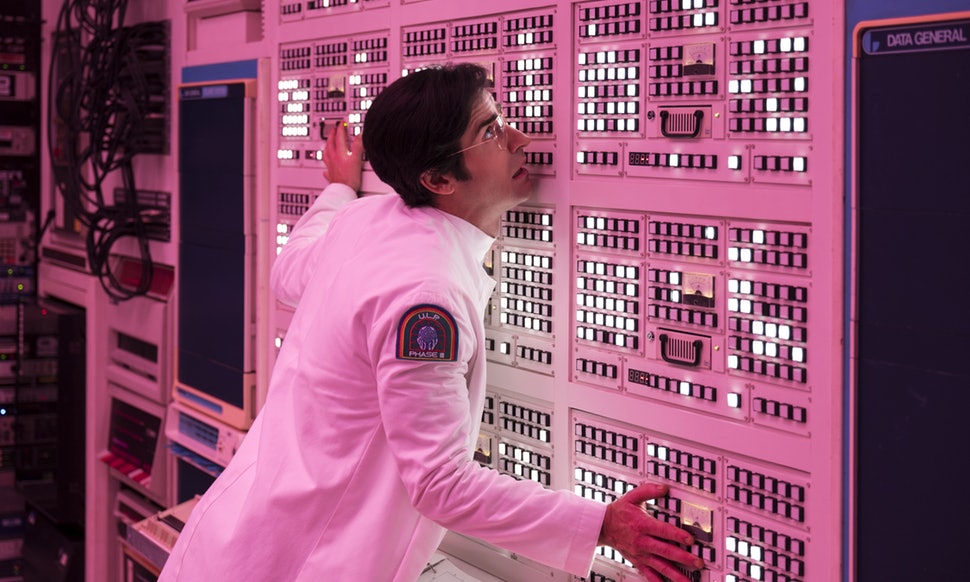 This uniqueness is reflected in how the show looks. The contemporary world is dressed up in a vaporwave-aesthetic that imagines the 80s imagining the future, replete with lo-fi analog equipment, chain-smoking doctors and sleek Memphis Design-like interiors. There are elements of dystopia: In lieu of cash, people can pay for things like cigarettes or car-washes with an Ad Buddy, who is basically another human person who spouts adverts at you. As for the ‘imaginary’ worlds, well its really better just see to how they play out for yourself.

Deepening the philosophy of the experiment is the B-story concerning the doctors running it, namely former lovers Dr. James K. Mantleray (Justin Theroux) and Dr. Azumi Fujita (Sonoya Mizuno). Mantleray’s mummy issues are so complex that he even designed an emotionally complex AI based on her (voiced by Sally Fields). The real mother, is, naturally, a pop psychologist — a once rigorously academic woman who releases books such as: “I’m OK, You’re a Bitch”. These two plots dovetail into one another nicely around two-thirds in, allowing the narrative to work, Nolan-like, both on the level of dreams and reality. 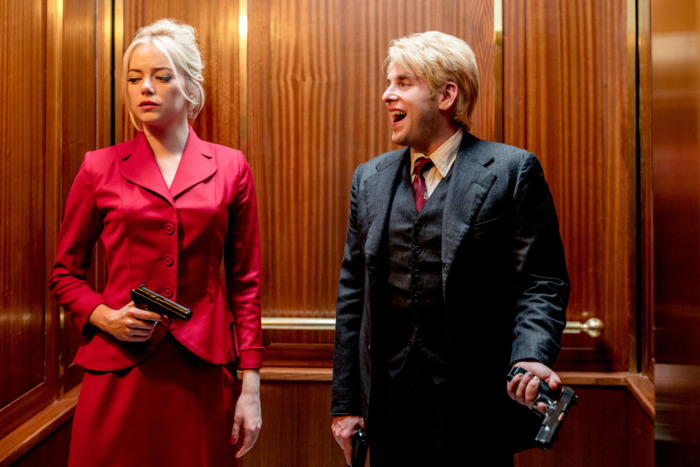 If this sounds all too academic (perhaps too Westworld-y) for you, there’s no need to worry. Elements of comedy are peppered throughout. But its more whimsical than laugh-out-loud hilarious, with even the craziest hi-jinks anchored in characters trying to unseat deeply felt emotions (mileage, of course, may vary). Yet, one thing it could have borrowed from the “comic” format — if you can call successful network shows such as Atlanta and Girls “comedies” — is a more or less rigid adherence to a 30-minute runtime. With episodes veering between 25 to 47 minutes, there was nothing that couldn’t have been said in a clean and precise half hour. At times ignoring the clear and neat blocks between episodes, which something like Maniac — with its story-within-story structure — could have benefited from, it feels a little too much like a long movie instead of a genuine limited TV show. With so many great ideas and situations bursting from the seams, a tight five hours would have allowed all these themes to really sparkle, instead of being buried amongst loose runtimes (it’s fitting that episode six is entitled, “Larger structural issues”).

When Fukunaga’s revelatory crime drama True Detective came out in 2014, there was much talk about how he and writer Nic Pizzolatto reinvented the possibilities of the limited series (for example, see its influence on the perhaps more accomplished Sharp Objects). Fast-forward four years later, and Fukunaga, along with Leftovers alumni Patrick Somerville, is trying to do it again. Yet in this short space of time the media landscape has moved on, and something like Maniac, featuring two movie stars in an ambitious and different TV show, is no longer the paradigm-shifting shock it may once have been. If anything, this is a testament to how good TV has become, and the bold things director’s, often encouraged by Netflix, are allowed to do. It’s only a shame as Fukunaga’s series veers so close to sheer brilliance that it can’t quite reach it thanks to its unwieldy episode lengths. Nonetheless, if this is the man who will finally deliver 2020’s James Bond — we are going to be in for one strange spy caper.