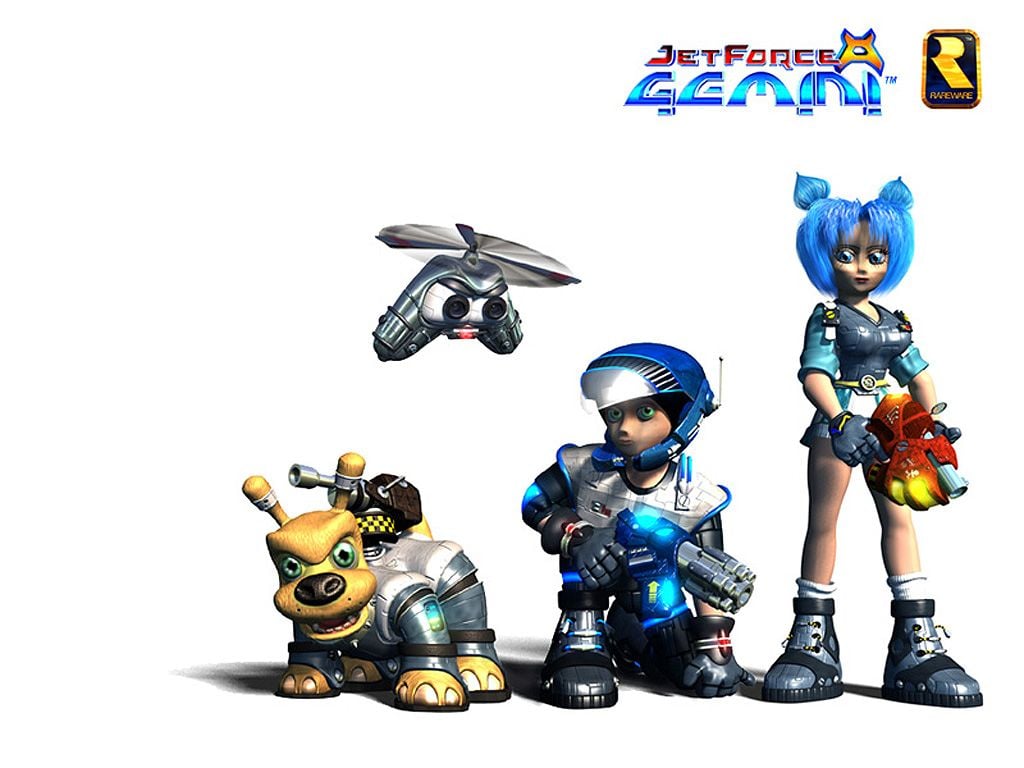 Jet Force Gemini isn’t Rare’s best game, but as our very own Mike Worby wrote, “it remains a hidden gem in the truest extent of the term, and one can only hope that it will get its proper due with the purported upcoming revival that Rare has been hinting at as of late”. The epic third-person sci-fi adventure is often forgotten by all but the most loyal N64 fans, which is a shame since it holds up better today when compared to many of its peers. Development of Jet Force Gemini began in 1997 by Rare’s Blast Corps team, with lead programmer Paul Mountain, who had previously worked on Diddy Kong Racing. At first glance, Jet Force Gemini seems to incorporate the best elements from several successful franchises: The free-roaming nature of Nintendo’s Super Mario 64 influenced the scale and the openness of some of the backgrounds and settings, and the collecting and upgrading of weapons were inspired by Super Metroid. Add in Banjo-Kazooie’s gameplay, GoldenEye’s shooting style, and music, characters, and visuals inspired by Star Wars, Aliens, Dune and Stargate – and you get an idea of what to expect. But despite all of these influences, Jet Force feels like no other game released at the time and as with most games developed by Rare, the story behind the making of the game is just as interesting as the game itself. Check out the video below and see for yourself.