Somewhere in Australia are the first signs of the beginning of the end, the end of civilization as most people in the Western understand it, that is. While cities and towns still seem to exist, the institutions that govern them and protect society appear cracked and on the brink of disaster, such as the ‘’Halls of Justice’’ where highway patrolman Max Rockatansky (Mel Gibson) is employed defend the public from the insane biker gangs led by the one they call Toecutter (Hugh Keays-Byrne). Together with partner Jim ‘’Goose’’ (Steve Bisley), Max is forced to reckon with savagery and brutality on the open road. Although equipped with his powerful Ford Falcon, Max still fears what is to come, or what might happen to him, his wife Jessie (Joanne Samuel) and young son. He represents the law, structure, sanity, but push him over the edge by hurting his friends and family, and who knows what might become of him…

It has been written and said countless times before, therefore there is little point in avoiding the obvious. George Miller’s 1979 surprise hit Mad Max not only provided a new subgenre of thriller, the post-apocalyptic thriller, a stunning shot in the arm, it also helped pave the way to stardom for its lead actor, Mel Gibson. Say what one will about the modern-day Gibson, the man is magnetic when on screen, at least during his younger days as a relative novice in the world of filmmaking. Many shun the American-born, Australian-raised actor for his appalling antics in recent years and few could truly blame them for renouncing the man. All that being said, when solely judging his talents as someone to carry a film, to inject it with energy and gusto, Gibson has the requisite chops. If nothing else, he certainly has the charisma. While his comfort with the role of Max Rockatansky would come across more clearly in the next installment, 1981’s The Road Warrior, Mad Max certainly works well as a practice run.

While some may be initially enamoured by the star’s screen presence, writer-director George Miller and fellow scribe James McCausland have concocted a deliciously wicked dual tale of a society and an individual on the edge of madness. The writing is smart enough to suggest context without giving too much away explicitly via mundane exposition. Granted, the fact that the viewer is never clued in on what exactly is happening to the world could very well be directly related to the fact that Mad Max is a small, independently financed film with a tiny budget. In other words, the filmmakers simply lacked the means to develop their fictional universe any more than their budget permitted them to. This ironically works in their favour, forcing them to write a sharp script. There is an unshakable, eerie aura that permeates throughout the film. Something is amiss, something just does not feel right. One need look no further than the dilapidated police headquarters, which looks like an abandoned apartment building. Clearly, the government has seen fit to invest elsewhere, which suggests that times are difficult, which in turn explains how gangs as that led by Toecutter can roam freely for the most part. Max’s colleagues are also a little on the crazy side, as evidenced by the film’s opening scene in which a fellow patrolman utilizes his sniper rifle to observe two couples engaging in coitus from far off.

On the flip side, there are Max’s explicitly communicated doubts and fears. He confronts his captain, Fifi (Roger Ward), expressing his exasperation at the situation and, worse still, his phobia of perhaps one day becoming like the gangs out in the wild. After all, his colleagues seemed to have lost a few marbles, so what is stopping him from completely going off the deep end? His wife Jessie is evidently his rock, but when his family is suddenly in jeopardy, then all bets are off. In essence, madness takes over because sometimes fire must be fought with fire. The capacity for judgement is lost and animalistic instinct takes over. The problem is that madness is difficult to subdue once it takes over. Mad Max works like a dichotomous exploration of a world and a man living within said world flirting with utter disaster. Kudos to Miller and company for finding a sweet middle ground to convey the right amount of foreboding, without overdoing things. The audience not only wishes Max to remain good because he is the hero but because the film creepily suggests that is he goes mad, then so will the entire world.

Beyond Mel Gibson, beyond Hugh Keays-Byrne’s frightful interpretation of the Toecutter, and beyond Vincent Gil’s memorable presence in the opening sequence as the Knightrider, Mad Max impresses for the action stunts the filmmakers pull off. Watching them with modern eyes is, for lack of a better term, an eye-opener. The movie goes for broke at every opportunity, demonstrating action set pieces worthy of the word ‘mad’ in the film’s title. More crucial is the fact that the production could not afford a slew of professional stuntmen and women, resulting in the hiring of actual bikers to fill some of the roles. What some of the actors go through is stupendously scary at times. Real cars and real motorcycles are actually crashing into one another, with real people flying in the air, risking every limb in their bodies for the sake of making a cool movie. When a biker, already fallen off his ride and sliding on the pavement, his hit in the back of the head with the wheel of his transport, it’s all too real.

There is no mistaking that when large budgets are employed wisely, the quality of the finished product is difficult to argue against, especially in action movies. Even so, Mad Max is a testament to the wild, visceral quality that astute, adventurous filmmakers can achieve when they put their hearts and minds to making the best action movie they can, limited budget be damned. Simple in its storytelling but complex in its themes, Mad Max is a delightful, real edge of one’s seat example from a little cast and crew that thought they could. 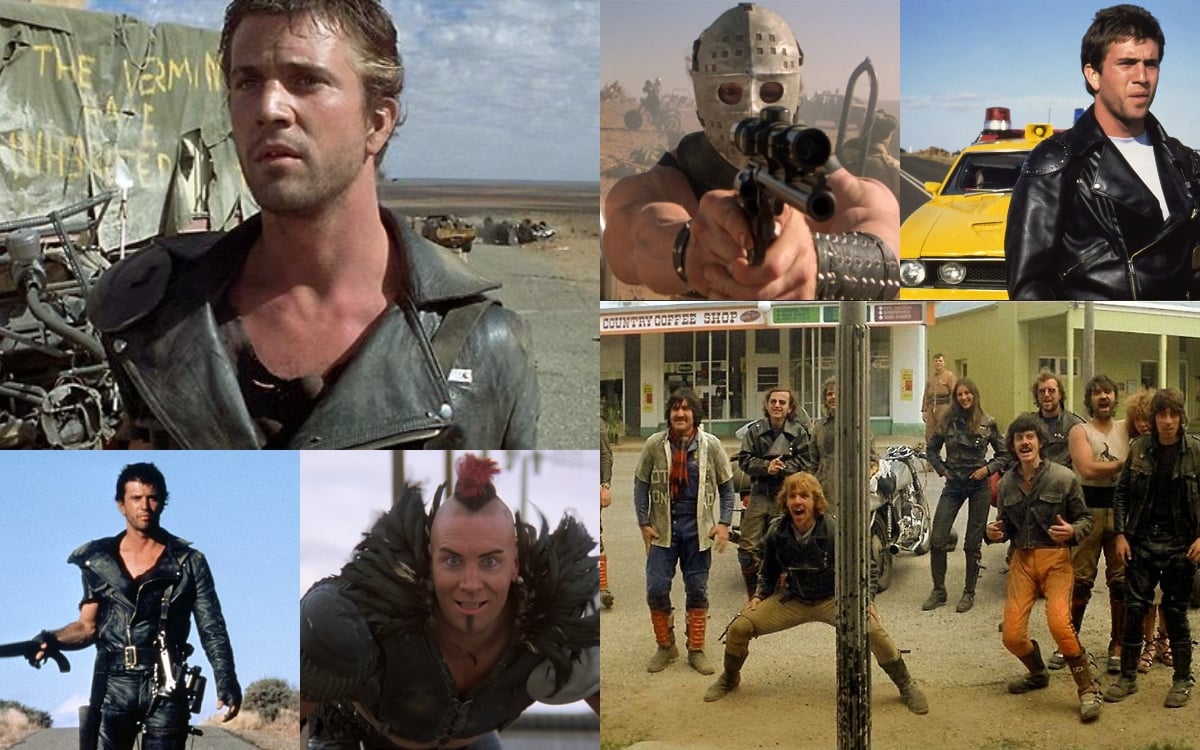 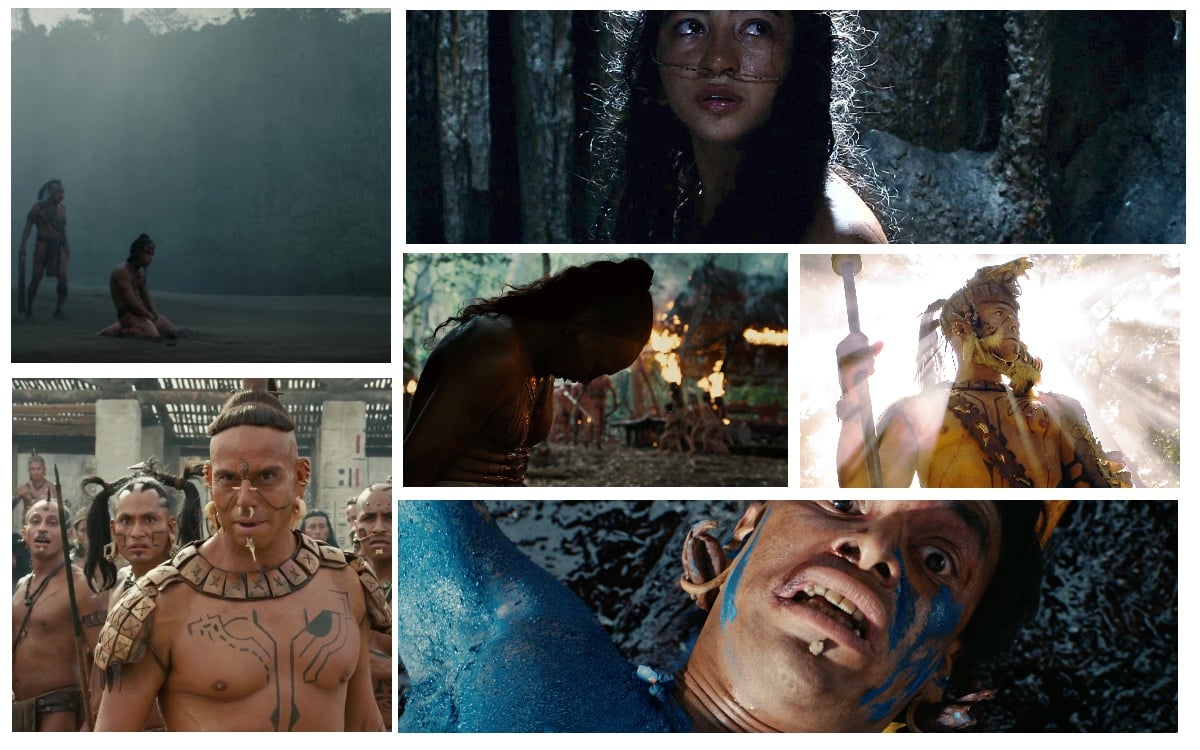 Apocalypto Review This week the Sordid Cinema Podcast gets to the (ahem) heart of what makes Mel Gibson’s 2006 action-epic, Apocalypto, still such a...

Sordid Cinema Podcast #546: ‘The Passion of the Christ’ – Torturous or Rapturous?

Mel Gibson’s The Passion of the Christ Podcast Review This week the hosts of the Sordid Cinema Podcast take a look at Mel Gibson’s...

Mad Max Stands Out in the Genre, an Outstanding Take on the Dystopian Future It’s hard not to look at the future and see only arid,...