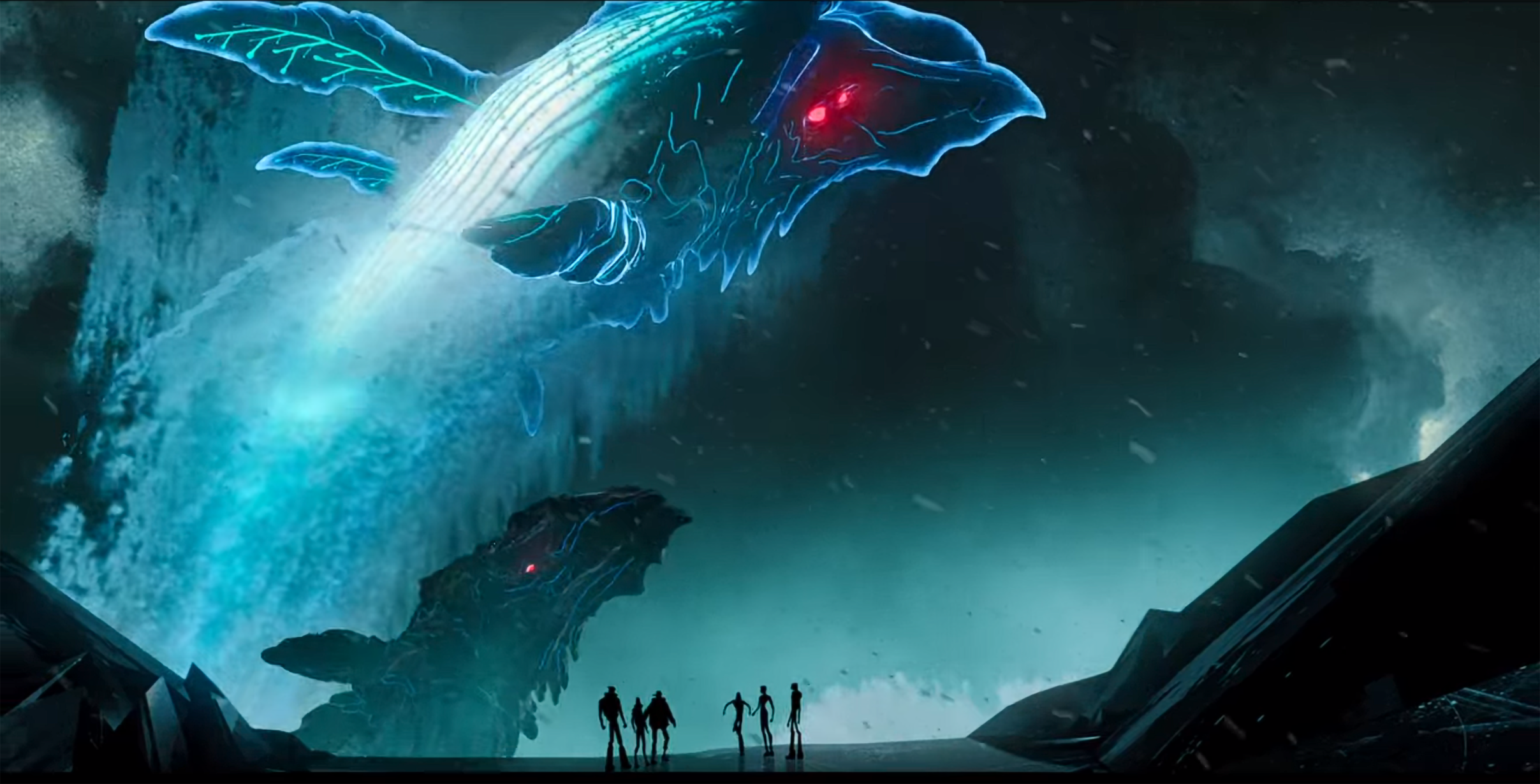 Netflix’s Love, Death + Robots finally returned for a second run of episodes this week; like I did with the first season, I’ve made my way through the guts, oiled artificial joints, and spooky monsters of volume two, and ranked them all from worst to best:

Um… ok? “All Through the House” is the strangest entry of volume two – and that’s not meant in a good way, like you might think the premise of “LDR Christmas episode” would. In fact, this doesn’t really feel like a Love, Death + Robots episode at all, a four-minute stop-motion excursion into a world I’d rather never return to (one where Santa is a massive four-legged creature, with small human hands that sit over its gaping, sharp-toothed mouth). There is an amusing parable, I suppose, baked into the premise of “All Through the House”; but the maximalist vision of the fear Santa places into children to be on their best behavior never coalesces into anything, just a schlocky, wet monster whose Alien meets Adult Swim cartoon vibe isn’t funny, scary, or engaging. Neither evocative or thoughtful, “All Through the House” is easily the biggest misfire of volume two.

The second volume of Love, Death, Robots begins with the garish, nonsensical “Automated Customer Service”, a pastiche of overtly morbid art and wildly unsatisfying storytelling. I wasn’t a fan of the adapted Jon Scalzi entries in the first season of LDR (“When the Yogurt Took Over” and “Alternate Histories” were among my least favorite Volume 1 entries), and it turns out bringing Scalzi into the fold (along with director Meat Dept.) wasn’t an improvement on the absurdist capitalist schtick of his season one entries.

“Automated Customer Service” posits a world of manufactured crisis, where a woman and her dog are simultaneously terrorized by an extremely well-equipped Roomba, and the company’s sinister automated customer service system. The premise is simple, but between the off-putting art and the flat delivery of the episode’s jokes, “Automated Customer Service” relies heavily on its extended action sequence to carry the weight.

Clearly influenced by works like Wall-E, Jurassic Park, and numerous episodes of Black Mirror, “Automated Customer Service” would’ve benefited from a complete visual overhaul; but it still wouldn’t be a great Love, Death, Robots episode, failing to posit interesting questions about the relationship between organic and artificial intelligence, nor about the unsettling possibilities of technology interested in its own self-preservation. “Automated Customer Service” simply offers up tired tropes of human gullibility (and willingness to lend themselves as beta testers, as we’ve unfortunately seen with Tesla drivers) and hopes its slapstick bits of humor will carry it to its underwhelming ending.

There’s a nugget of an interesting idea in “Life Hutch” (or “The One with Michael B. Jordan”, as most will remember it), observing a life-and-death showdown between two imperfect, malfunctioning creations fighting for survival. But it is not a particularly interesting episode, too short to be emotionally effective, and too superficial to leave a meaningful impact (also – why the hell does it open in media res?). It doesn’t help “Life Hutch” comes after “The Tall Grass” and “All Through the House”; all three feel like a creative nadir for Love, Death + Robots, neither representing the symbolic nature suggested by its anthological namesake, nor offering a satisfying, three-dimensional (yet self-contained) story. Another episode that feels heavily weighed towards being a tech demo than an effective piece of fiction, “Life Hutch” isn’t bad; it’s just not much of anything at all (also – it’s extremely similar to “Automated Customer Service”, an underwhelming pair of “robot rebellion” stories).

There’s nothing particularly wrong with “The Tall Grass”; it is haunting and evocative, a small-scale monster story displaying a restraint rarely seen in Love, Death + Robots. But the third Joe Lansdale adaptation (and only in volume two) is definitely the most muted, almost to its own detriment; it is certainly more interesting and deliberate than the underwhelming “The Dump” – but it also is nowhere nearly as psychedelic and existential as “Fish Night”, my favorite entry from volume one. “The Tall Grass” is just fine; gorgeously animated by Axis Animation and tightly directed by Simon Otto, but lacking in the narrative or emotional oomph one expects from a Love, Death + Robots entry (for better or worse, in some cases). Interesting, but ever so slightly undercooked.

If Mad Max met up with The Terminator (the original, which is much hornier than subsequent films), “Snow in the Desert” would be their little violent sci-fi love child. Animated by Unit Image, the team behind season one’s flashiest tech demo (the unsettling “Beyond the Aquila Rift”), “Snow in the Desert” tells the story of Snow, a centuries-old man whose immortality – which is apparently powered by his magic balls – is a hot commodity. Putting aside the uncomfortable tropes of albino people having “special abilities”, “Snow in the Desert” is a lot like Unit Images’ first season entry: horny as fuck, beautiful as hell, and a little too eager to build a world we won’t ever explore.

That being said, “Snow in the Desert” is one of volume two’s more hopeful entries, positing that maybe all we need for humanity and machines to eventually co-exist, is for a few of them to start fucking in space deserts (and being nice to each other, the rarest of gems in humanity). Like all great storytelling, science fiction should be a little hot around the collar; “Snow in the Desert” fills that void, while still engaging with the obligatory strangeness and occasional bursts of violence that slot it neatly next to other Love, Death + Robots fare. The tale of Snow and Hirald, a woman he meets from “Earth Central Intelligence”, is brief, but touching, especially when it isn’t focused on head explosions and technical lighting displays (which, ok, that shit is extremely impressive).

Now that’s more like it; after opening Volume II with a dud, Love, Death, Robots finds its groove with “Ice,” another fantastic entry animated by Passion Animation Studios and directed by Robert Valley, the team behind Volume 1’s phenomenal “Zima Blue”. Though the setup of both entries are distinct – here, the story follows Sedgwick, angsty teenager whose family moved to a ice-laden planet – the idea is similar; both stories are about finding meaning and beauty in our existence. In “Ice”, these themes are a bit more subtly laden, as most of the short follows Sedgwick and his brother Fletcher’s group of friends (all of whom, like every teen on the planet except Sedgwick, are all “enhanced” to be fast and strong as hell), embarking on some nighttime teenage shenanigans.

When Love, Death, Robots is at its best, it is allowing simple premises speak volumes about human existence; “Ice” does all that in the span of 12 minutes, alternating between Samurai Jack-esque visual panache and almost Linklater-like reverence for the challenges of budding friendship. More importantly, it is a story of family, of how the strangest places in the world can become “home” with the right people around. The science fiction of “Ice” may be light (save for, you know, space travel and kaiju-like whales flying through the air) and its story rather straightforward, but it is one of the more affecting entries in LDR‘s second volume.

“Pop Squad” is among the darkest entries in Love, Death, + Robots catalog, set in world where immortality is within human reach. Naturally, this leads to a world built upon new, somehow more selfish norms than our own: where the police killing of children is not only routine, but expected, part of society’s efforts to cull overpopulation. But in a world where “rejoo” treatments (aka anti-aging treatments that keep you alive forever) are the norm for upper class society, what happens to the rest of the world? What happens to humanity, when we’ve traded fertility and connection, for immortality?

As one might predict, it leads to a world that has fallen into absolute moral ruin: and that is where we meet Briggs (Nolan North), the protagonist of Paolo Bacigalupi’s adapted short story. He’s a classic detective living in a different world; always with a top hat and cigarette, the kind of guy that rain follows around, even when the sun is shining. Around him, flying vehicles whirr and inhumanly operatic voices sing out (yeah, there are some light The Fifth Element vibes here, which I dig) Briggs’ moral crisis forms the heart of “Pop Squad”, as he contends with his career choice of willfully murdering children for the whims and desires of the upper social class (including his girlfriend, a 200-year old opera singer). As the rain falls (*cough* Blade Runner *cough*) Briggs finds himself disillusioned with a world that’s traded selfish aesthetics and self-preservation over the beauty of humanity and death, a grimness Briggs spends the 18-minute short trying to shake.

Backed by tight worldbuilding and (mostly) effective visuals from Blur Studios (behind many of the photo-realistic works of LDR‘s first season), what “Pop Squad” lacks in nuance, it makes up for with atmosphere and character. There are numerous hints Briggs has already given up his immortality treatments as he contends with the horrible world he’s complicit in (not that the episode ever forgives him for his shitty choices, thankfully), and the episode culminates in a sequence that reaches towards the heart of Love, Death + Robots, examining the line where humanity allows itself to be consumed by technology, and what is lost when that happens. “Pop Squad” is as twisted and unsubtle as they come; and yet, its emotionally resonant conclusion earns its rep as a highlight of LDR‘s sophomore effort.

After a rough back half to an abbreviated second volume, Life, Death + Robots goes out on a high note with “The Drowned Giant”, based on the 1964 J.G. Ballard story about a small fishing town that wakes up one morning with a giant, dead human washed up on shore. Following a narrator who becomes fascinated with the giant’s presence, and the town’s response to it, “The Drowned Giant” is an allegory for human experience, the biological systems of Earth… and most importantly, about preservation, about how humankind disregards the beauty and mystery of the world, in order to dominate it, strip it down for parts, and sell it off to the highest bidder.

Though written nearly 60 years ago, “The Drowned Giant” has a lot to say about American exceptionalism, environmental change, and the culture of takers that the gorilla Ishmael talked about. Seen through the lens of a man with a fascination for the giant corpse, “The Drowned Giant” is an episode trying to reach towards the larger questions of humanity, through the lens of the supernatural; though many might argue this doesn’t quite look or feel like a Love, Death + Robots episode, it is the epitome of what the collection aims to achieve thematically. It just isn’t as loud or flashy as LDR is typically known to be; in many ways, its contemplative, quiet nature feels more like an excerpt from a Tales from the Loop episode, rather than amongst David Fincher and Tim Miller’s eclectic collection of short films.

Regardless, I couldn’t imagine a better final entry for this uneven sophomore effort, a mixed bag of remixes, tech demos, and but a few truly standout episodes. 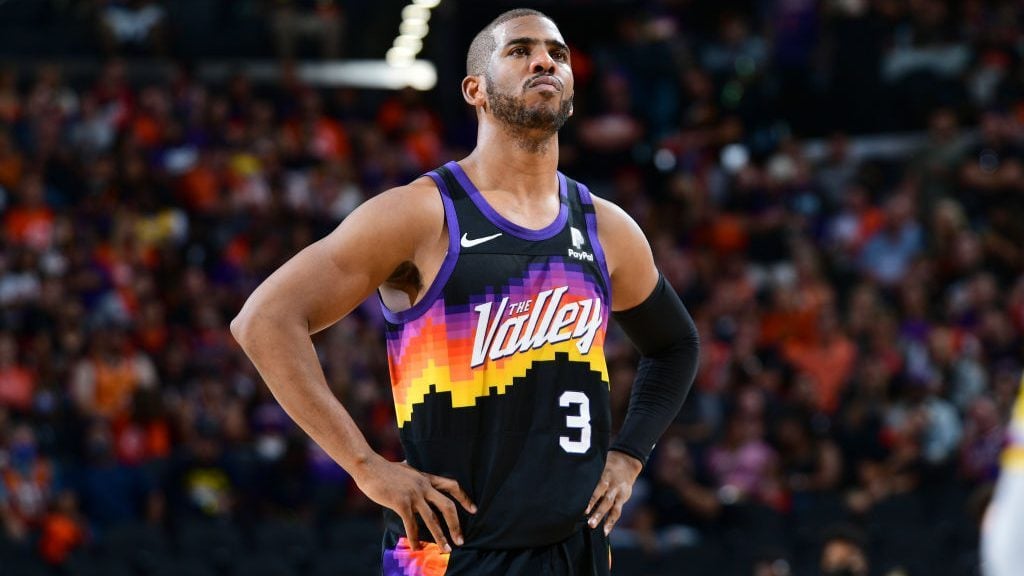 Randy's favorite shows, performances, and oddities of the year in television.

Ranking the Best Shows of 2019: Part Three Trying to decide the best television series of 2019 is no easy task since there’s way...

Ranking the Best Shows of 2019: Part Two As the dawn of the Second Streaming Wars between Disney+, Netflix, and the hundreds of other...