15 Years Later: The Shoegaze and Dreampop Sensibilities of ‘Lost in Translation’

Drowsily taking form in the wee hours of the early 2000s, Lost in Translation is the kind of film that is significant in its simplicity, in a direct kind of non-directness.

Written and directed by Sofia Coppola (her second film), Lost in Translation can be best described as a tale of two Americans feeling misplaced at different points in their lives, and further misplaced as visitors trapped in expensive hotels and cab rides through Tokyo — for first-time visitors, a perfectly alien place to have a depressive episode.

It’s a 90s rom-com plot treated with dry, realistic humor, and a drama that is, at the end of the day, quite ordinary, even if it appears in the form of a beautifully shot cinematic feature. 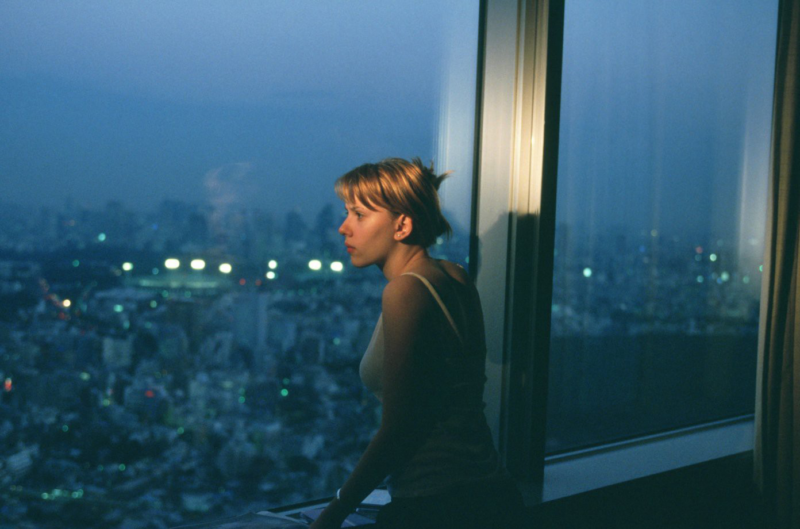 Whether it’s the unnatural, fluorescent-light deep blues that paint Tokyo at night, or the stark daytime wash of the sun, Lost in Translation shows early-2000s Japan as more like a backdrop through windows, depicting it all externally while detached via a glass barrier. Japan is far removed from Western sensibilities, and can appear as a future techno place that is simultaneously a fast-moving, confusing, endless metropolis, but also a sleepy, calm domicile.

Drawing praise from critics, then finding a cult status after its home release on websites like Tumblr in the form of badly made GIFs, perhaps one very defining attribute of the film is its soundtrack — a rather unusual one for its time. 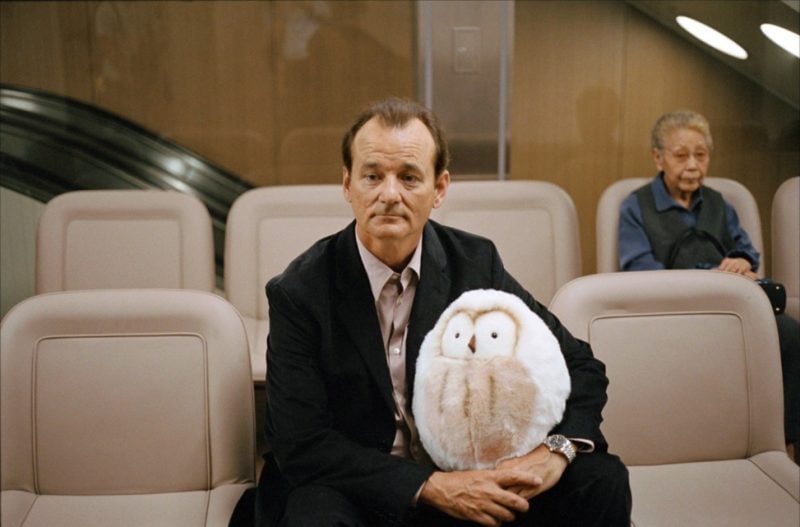 Bill Murray portrays Bob Harris as what could superficially be considered a version of himself pre-Wes Anderson revitalization, an actor past his Hollywood glory days. (Promotional still, Focus Features)

All these bands (and especially at the time, Air and MBV) are what attracted people like me to the film, as shoegaze, dreampop, and electronic ambient bands weren’t a thing in mainstream films; it’s possible that Lost in Translation contributed heavily to the re-popularity of these genres from the 2000s and onward.

But, more importantly, this score is used to give the film a feeling that almost serves as a music video for these songs.

Shoegaze sensibilities of softer, gentler, half-awake, forlorn voices that sing soothingly under a beautiful cacophony of distorted guitars and harsh electronic synths, somehow making a cloudlike, comfy bed from the paradox, is embedded well within the nature of Lost in Translation as a film. Dreampop sensibilities too are part of this equation, bringing in comforting, melancholy soft sounds that seem to live in delay effects forever.

There is something altogether shallow and angsty at the center of it all; this is a highlight of the film, not a determent, showing the audience some kind of universal truth or a human condition. It’s not deep at all; it’s rather simple and ordinary, even if it appears in the form of twisting and turning, indiscernible emotions.

These too are underlining attributes in the kind of music Lost in Translation utilizes. There is ornate window-dressing and complexities of musical technicalities, but at the end of the day, these musical stylings usually boil down to a simple love song or some other basic, humanly significant yearning.

Air’s “Alone in Kyoto” might have some very subtle Japanese hints to it, but it is overall a take-what-you-will ambient piece. Its use in the film is quite literal, as it serves as background music for a trip to Kyoto — an attempt to find spiritual awakening, like many tourists, do, only to find nothing to artificially fill what is lacking. Air’s synthetic but organic sounds are defining characteristics of all their music, as can also be heard in their score for Sofia Coppola’s debut film, The Virgin Suicides, but “Alone in Kyoto” adds an extra layer of floaty dreampop.

On the other side of the spectrum, My Bloody Valentine’s distorted-heaven of a ballad, “Sometimes” (taken from the 1991 masterpiece album, Loveless), along with Kevin Shield’s songs composed for the film, especially “City Girl” (an almost sequel to “Sometimes,” serving as the film’s main theme), exist in a cave of cacophonous sound made melodic.

Shields’s works derive their sonic brand from this idea of guitar feedback, of what lies at the boundaries of music, as a consequence of technical equipment. It’s the essence of what the sibling genres of shoegaze and dreampop represent. 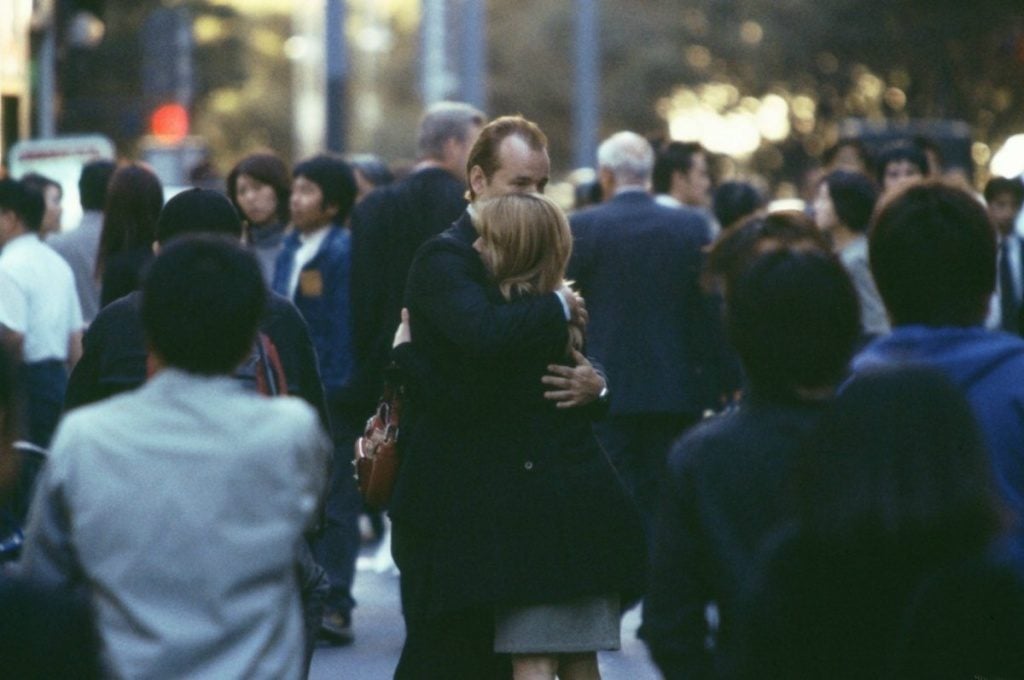 The simulating sights and sounds of Lost in Translation are captivating and unplaceable in their emotional blanketing, but borrow and utilize music to form a kind of playlist or mood board.

Whether intentionally or not, Sofia Coppola takes the standard setup for a 90s rom-com, but portrays its story, settings and characters like leftover outtakes, or like an outsider breakdown of the “other” side of that genre. Shoegaze and dreampop do just that for music, taking pop songs and ballads in all their idealism, but focusing instead on the unintentional limits of music productions, creating another world that exists under and within pop music.

By design, there’s nothing especially pointedly profound about Lost in Translation, but that’s just what allows it to use its soundtrack which shares these exact qualities in such a fitting way — to tell its abstruse yet concise story of outsiders sorting through some very relatable feelings.

Why ‘Fortnite’ is Winning Right Now

‘Spider-Man’ Review: Does Whatever A Spider Can